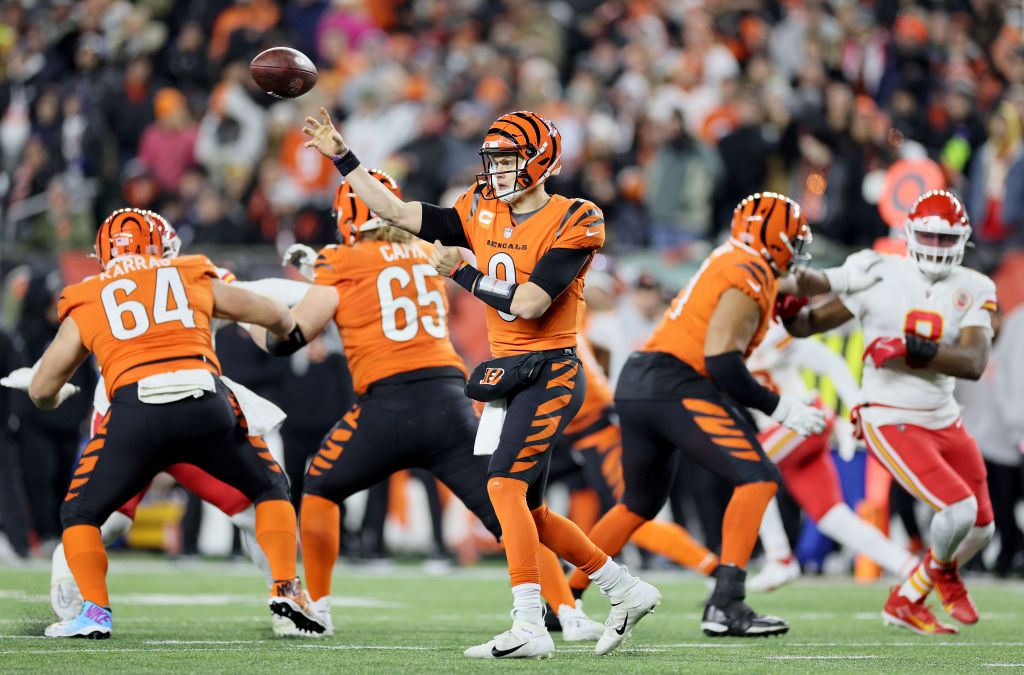 Week 14 of the 2022 NFL season kicked off last night as Baker Mayfield carried the Los Angeles Rams to an incredible fourth quarter comeback over the Las Vegas Raiders. This weekend, we have you covered with the best NFL bets as we turn our attention to AFC powerhouse teams like the Bengals and the Titans.

Let’s take a look at the best NFL bets of the weekend.

The Cleveland Browns have Deshaun Watson back at quarterback. However, he only completed 12-of-22 passes for 131 yards, no touchdowns, and one interception in Cleveland’s 27-14 win over the Houston Texans last week. Against the Bengals on the road, the Browns have no chance. Watson had a terrible first game, and Joe Burrow has led his team to a 9-3 record against the spread (tied with Giants for best in the NFL) after getting off to a rather slow start in the first few weeks of the season. Cincinnati has been cruising over the last eight or nine weeks and are not showing any signs of slowing down. They’ve done just fine without Ja’Marr Chase leaning on Tyler Boyd and Tee Higgins to run routes. That said, it didn’t hurt to see Chase return in Cincinnati’s huge victory over the Kansas City Chiefs last week. Joe Burrow is now 3-0 against Patrick Mahomes and company, which is an incredible feat itself. Additionally, Joe Mixon’s production really picked up as the season got going, and even when he is unavailable, the Bengals have a backup power back in Samaje Perine who can bulldoze his way for first downs and touchdowns. However, after missing the previous two games due to a concussion, Mixon is expected back this week. Expect the Bengals to run it down Cleveland’s throat and for Chase and Burrow to get back on the same page. This game has the Cincinnati Bengals written all over it.

In his second NFL season, Trevor Lawrence has shown great signs of growth. Nonetheless, the Jaguars are one of the weakest teams in the AFC South while the Titans currently lead the division with a 7-5 record. The Titans are even better against the spread, covering 66% of the time (8-4). Tennessee will look for their eighth win of the season at home while the Jaguars have little to play for moving forward this season. Derrick Henry is having another monster season and the Jags will not be able to contain their division rivals on the road this weekend. Expect the Titans to win by a touchdown even with a shaky passing game.

Tampa Bay rallied back against the Saints on Monday night as New Orleans established a dominant 16-3 lead with less than eight minutes remaining in the fourth quarter. Then, Tom Brady happened. Just like that, TB12 brought the Bucs all the way back with two touchdowns in the closing minutes to defeat the Saints 17-16. This is what he can still do at 45 years old. The 49ers are now without Jimmy Garoppolo as they plan on starting Mr. Irrelevant of the 2022 NFL Draft with Brock Purdy. To be fair, he played well filling in for Jimmy G once he went down. Still, the Bucs are heating up right when it counts. Place your wager before this line moves to three points. That extra half-point is critical as the Bucs can lose by a field goal and still cover the line.

The Baltimore Ravens are without Lamar Jackson which means that Tyler Huntley will be starting at quarterback against the Steelers. Pittsburgh is one of the worst offensive teams in the league. As a result this should be a low scoring game. So much that you can take the under on 36.5 total points for -115