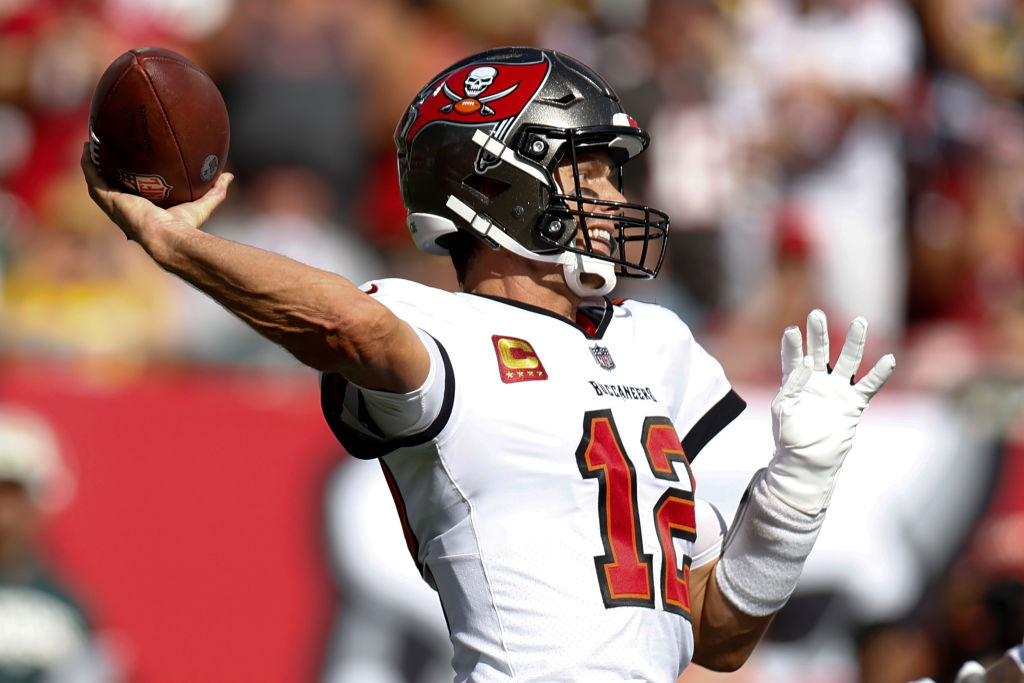 Prop betting is one of the best ways to take advantage of your fantasy football knowledge to help make you a profit during the fantasy football season. Study the lines, do your research, and make the best bets that will help you beat the book.

Speaking of beating the book, it’s incredibly important to Odds Shop at different sportsbooks to make sure that you are getting the best odds available. The bookmakers are so clever that one yard could make the difference between you winning and losing. It might take a little longer to do that, but it will undoubtedly push the percentages in your favor!

Analysis: As I covered in my analysis last week, the 49ers are incredibly weak against opposing wide receivers. That should play right into the hands of Brady as he will be forced to throw to Mike Evans, Chris Godwin, and Julio Jones as much as possible. I think the betting public is going to remember how poor the Buccaneers looked against the Saints, but I always look forward and not backward and I'm happy to take Brady here with the over.

Analysis: What do Mac Jones and Mike White have in common? They have lit up the Vikings' secondary for huge numbers over the past two games. Even though the Lions like to run a little bit more than those other two teams, I feel confident in saying that Jared Goff will be flinging the football around for four quarters and it feels like 260 passing yards is something that he can definitely achieve by the middle of the fourth quarter.

Analysis: Pacheco has emerged as the leading runner for the Chiefs and in a game where I expect the Chiefs to get out to a lead, I can see him getting a significant number of carries in the second half. What I also like about him is that he has great speed around the edge, and I think that he might be able to rip off one or two big runs, which should help him get to this over.

Analysis: The best way to beat the Eagles is to establish the running game and that is something the Giants have not really done the past couple of weeks. I expect Brian Daboll will make a concerted effort to get Barkley at least 20 carries and I think that if he can average about 3 1/2 yards per carry we should be able to get to this over pretty easily.

Analysis: I was talking to Trevor Hillstrom the other day who is one of the biggest Vikings fans I know (as well as one of the top DFS experts in the industry) and he made a point to tell me that he thought that Dan Campbell was going to do everything he could to make sure that Jefferson didn't beat them. I'm not saying that Jefferson is going to have a bad game, I simply think he's going to finish with fewer than 96 yards so take that under.

Analysis: If I think Kirk Cousins is going to throw for 300 yards (I do) and I feel that Jefferson is not going to get over 100 yards, then those other yards have to come from some other source. I think the source that often gets overlooked is Osborn who is a very talented receiver who ends up doing well in games you least expect. 23 1/2 yards feels like three catches to me. In a game where the Vikings will be throwing often, this OVER seems under the radar and attainable.

Analysis: Hodgins has surpassed this number in each of the past four weeks and I think the only reason Vegas put this line where it is is that they are assuming that Daniel Jones won't throw that often. But this is the NFL and most quarterbacks—even Daniel Jones—throw for at least 150 yards and if that's the case, I think Hodgins has shown that he has the size and class as a receiver to at least get himself 30, which would be a winning bet.

Analysis: It was reported this week that Denver has decided to use Dulcich more as a wide receiver than as a tight end. This seems to make sense because Dulcich was used as a wide receiver when he was at UCLA and he has very good hands and runs crisp routes. What this means to us is that he has a chance to be even more productive than he's been in recent weeks and I like the over here.