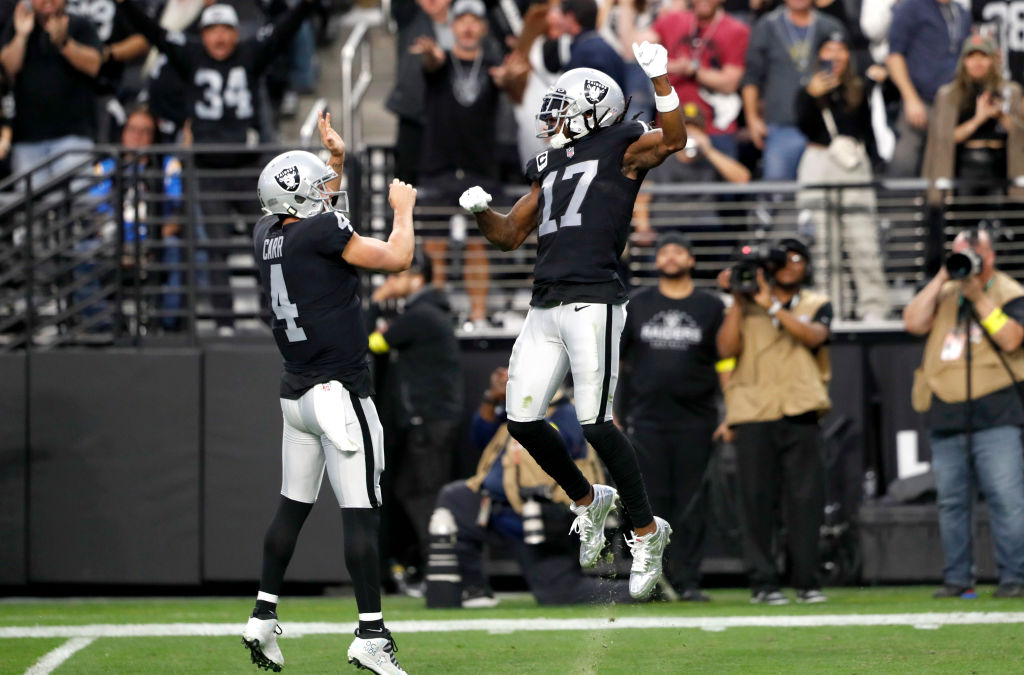 Last week on Thursday Night Football we got a divisional matchup with significant playoff implications when we saw the Buffalo Bills knock off the New England Patriots. This week, not so much. We are back to our regularly scheduled TNF programming in which we get the Las Vegas Raiders (5-7) traveling to take on the Los Angeles Rams (3-9). While this may feel like a downer because we’ve been spoiled by competitive NFL teams the past few weeks, this could actually be a decent game because we have zero confidence in the Raiders, and they could easily blow this game.

Tonight, like most Thursday nights we have a matchup between a bad team and an awful team. We all expected the Raiders to be bad this year or at least we should have, but the Rams’ rapid and unparalleled fall from grace has been truly shocking. They currently rank 30 in our Power Rankings and could easily fall to 31 in the coming weeks. The Raiders on the other hand have been surging. They’ve won three in a row. Unfortunately, despite their winning streak they still hold just five victories on the season.

The Raiders’ defense is horrific this season. They rank 27th in yards against, 26th in points against, and 30th against the pass. Nevertheless, it’s unclear if that will even matter against a Rams offense that ranks 31st in the league in yards and 29th in the league in points. They are also now without Matthew Stafford, Cooper Kupp, Allen Robinson, Darrell Henderson, and multiple offensive linemen. However, the offense does look more capable with John Wolford under center. So perhaps they can at least look competent against this miserable Raiders’ defense.

On the other side of the ball, the Rams’ defense is much better than the Raiders even without Aaron Donald, but the Raiders’ offense is also significantly better than the Rams. Las Angles ranks 14th in yards against and 22nd in points against this season. Vegas ranks eighth in offensive yards and ninth in points. So they should be able to score some points in this one. Lately, it’s been all Josh Jacobs and Davante Adams on offense. The Rams are tough against the run so Adams should have himself another monster game on Thursday Night Football.

Ultimately, it’s hard to find a reason why the Rams should win this game or any game really. However, it’s also impossible to have any faith in the Raiders in a road prime-time game that they desperately need to win to keep any slim playoff hopes alive. Money lining the Rams is a tough bet to make, but you also may not want to put your money on the Raiders giving points in this one.

It’s hard to imagine Adams doesn’t catch at least seven passes in this game. The last time he fell below this bar was back on October 30. The number is likely set at 6.5 because he’s averaging about 6.6 receptions per game on the season. However, that does not represent how he’s been playing as of late. Over the past five games, he has caught 41 passes. That averages out to 8.2 receptions per game. During that span, he’s seen a total of 67 targets which is 13.4 per game. The Raiders are now without Darren Waller and Hunter Renfrow causing a massive target funnel to Adams. This should be easy money.

Speaking of target funnels. It’s Atwell and Van Jefferson left at receiver for the Rams. Jefferson should be good for his over here as well. As we mentioned earlier, Kupp and Robinson are lost for the season and Ben Skowronek looks like he could miss this one as well. Since Robinson went down Atwell has averaged over 44 yards per game over the past three games and has a 30, 54, and 62-yard reception this year on just six catches. He’s averaging 31.2 yards per reception the season coming off a five-target game. It only takes one catch for him to win you this bet, and his targets should be going up not down this week in an ideal matchup.

Harmon has stepped up this season as a leader and producer on this defense. He is on the field for every snap and has taken over play-calling duties. Over the past two weeks, he has made 13 tackles and is averaging 5.8 tackles per game over the past five games since Divine Deablo went down with a season-ending injury. This mark should be cleared easily in this game perhaps even by halftime.