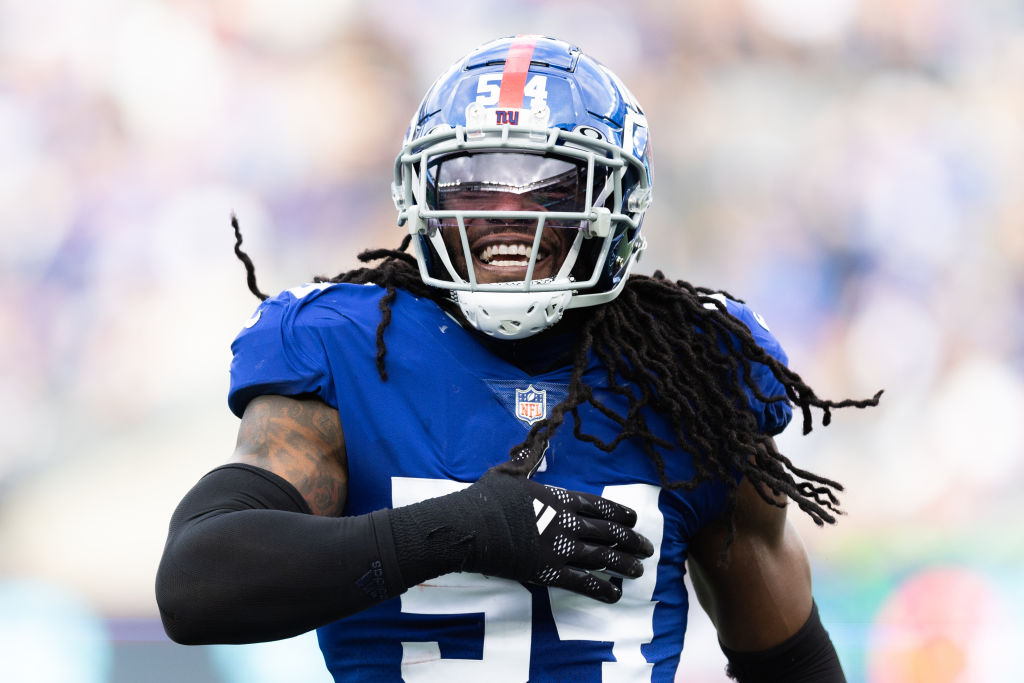 In September, Devin Lloyd looked like the potential favorite for Defensive Rookie of the Year. Things have drastically changed in Jacksonville since then. Over the past month fellow rookie Chad Muma has overtaken Lloyd and stolen his job. Lloyd’s snap count over the past four games has gone from 100% to 92% to 60% to 38% while Muma has seen his snaps climb from 3% to 8% to 40% to 100%.

Now Muma looks primed for a breakout fantasy playoff run. Coming off a game in which he played every defensive snap and made nine tackles, he is more than worth a speculative add and start this week. Don’t be afraid to plug him in if you are in need of a streaming option at LB. If he plays well it is probably a good idea not to cut him though after the week. He could be a valuable asset moving forward.

Smith is another linebacker who has seized and overtaken a near-every-down role over the past few weeks. His snaps have been hovering around 90% the past few weeks and he is clearly the team’s top inside linebacker. He has displayed both a safe floor and a decent upside. Last week was his most productive week of the season and his highest snap count which led to him making 10 tackles. However, he’s also had at least five tackles in all but two games this season even when playing limited snaps. The big plays may be little more than luck with Smith, but he will compile points for you by dragging down ball carriers.

DHC filled in for an injured Jaquan Brisker last week and made nine tackles while playing every snap. In that game, the Bears also lost safety Eddie Jackson for the season. So, there is a chance Brisker could return this week, however, it probably doesn’t matter because DHC should just slide over to Jackson’s spot. If he plays well again this week he could easily go from a streaming option to a guy you can rely on for the rest of the fantasy season.

CTB has been tasked with replacing starting corner Chidobe Awuzie and offenses have been relentlessly picking on him. This isn’t great for the Bengals, but it’s great for your fantasy squad. Over the past two games, he’s made 20 tackles and forced a fumble. His value is infinitely higher in leagues in which you have to start a cornerback. Nevertheless, he’s been productive enough that he is worth a look in leagues when you can start any defensive backs you want. Awuzie’s season is done so CTB is another option you can stream this week and consider keeping for the remainder of the season if things continue to go well.

Jones is quietly putting up a strong and consistent season. However, he has ramped up his tackling production as of late reaching seven tackles in two of his last three games. Over the past five games, he has totaled 25 tackles and 3.5 sacks. He’s another player with a  solid floor but still also offers a decent amount of upside. The Broncos play the Ravens this week too. They are an extremely run-heavy team which could lead to impressive tackle numbers from Jones in Week 13.

Armstrong is the best defensive end in the league that no one is talking about. Well, we are talking about him and it’s so you can go scoop him up and use him. He is a bit overshadowed by all the star power in Dallas on the defensive side of the ball. His floor is low because he doesn’t pile up tackles, however, already this season he has eight sacks, a forced fumble, and two fumble recoveries. This week he takes on a statue in Matt Ryan and a Colts’ offensive line that has given more sacks this season than any team in the league. There is a strong chance he is on your waiver wire and if he is he’s the perfect candidate for a spot start this week. Go get him and plug him in.