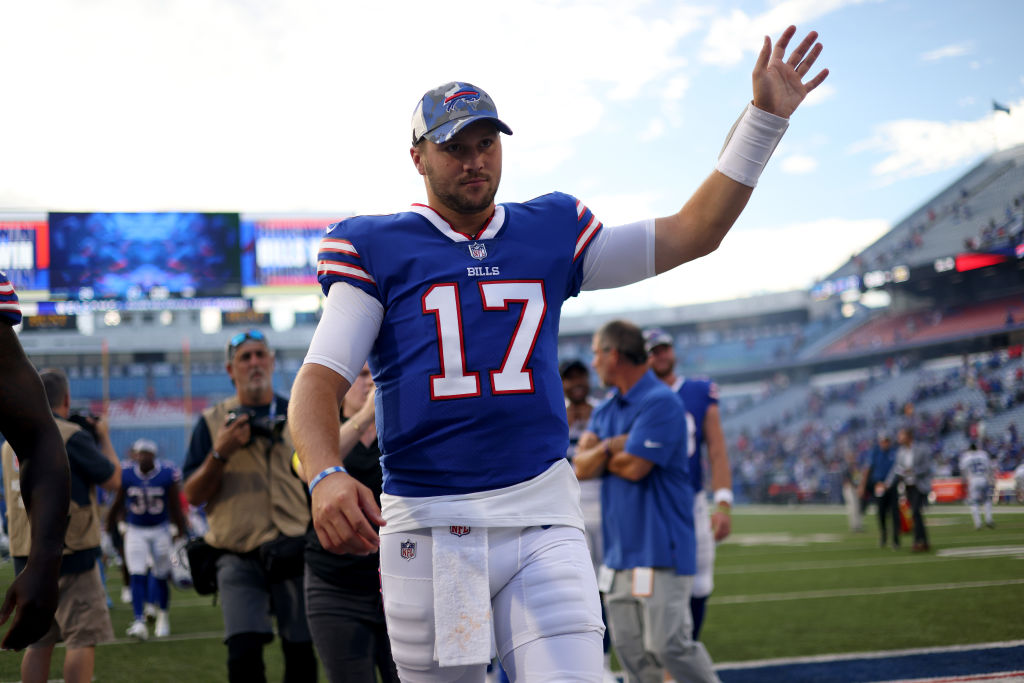 Tonight, we have an AFC East battle on our hands between the Buffalo Bills and the New England Patriots. Using Underdog Fantasy, we’ll take a look at which players you should consider smashing the “higher” or “lower” button on tonight, including Josh Allen, Mac Jones, and Gabe Davis.

Despite throwing for just six touchdowns so far this season, Mac Jones has thrown the football very accurately since returning from injury. Jones had a high ankle sprain which kept him out of the mix for a while in October. In each of his last four games, Mac Jones has completed at least 66% of his passes. He completed 85.2% of his passes for 246 yards in a loss to the Jets in what was a defensive battle and not a proper representation of Jones’ ability to lead the Patriots’ offense. In Week 12, Jones completed 71.8% of his passes for 382 yards, two touchdowns, and no interceptions. He’s trending upwards and as the Patriots play at home in front of a hungry crowd, you can expect that at the very least Mac Jones has a good night passing the football. Not to mention, the Buffalo Bills are perhaps the most high-octane offense in the league so Jones will have to air it up if the Pats have any hope at keeping this game competitive against their division rivals.

In the last game, Hunter Henry had three catches for 63 yards (21.0 AVG) and one touchdown. While he’s been on and off this season, Jones could be looking for him downfield, especially after an efficient game in Week 12. If he has just two catches tonight, Henry should easily finish the game with 25+ receiving yards. Although the Bills have not allowed a touchdown to opposing tight ends all season, they do permit 5.3 receptions and 44.5 receiving yards per game to the position. Henry should be able to find some open space in the middle of the field against Buffalo in primetime tonight.

Gabe Davis has caught at least four passes in each of his last three games. He is targeted enough per game, especially as of late, for you to expect him to have three or more receptions tonight against the Patriots. Behind Diggs, Davis has become one of the team’s most important route-runners as the season has progressed. The Patriots are known for taking away opposing team’s top skill players so New England’s secondary will likely be uber-focused on stopping Stefon Diggs. This should allow Davis to see a ton of one-on-one matchups that Josh Allen will exploit.

Although a receiver, Isaiah McKenzie has been getting a few carries as of late. The Bills like giving him one or two carries per game. If that happens tonight, he should easily cover 2.5 rushing yards of offense tonight. McKenzie had seven rushing yards in his last game, 18 rushing yards against the Vikings on Nov. 13, and nine rushing yards the week before that against the Jets on Nov. 6. If he gets one carry, McKenzie should cover this prop. Especially against a strong New England defense, don’t be surprised if the Bills try a few jet sweeps to their speedy slot receiver.

Josh Allen has passed for 3,183 yards this season. He hasn’t played very well over his last two games. As a result, expect Allen to bounce back against the Patriots on Thursday night. While his passing yard prop is also attractive at 270.5 passing yards, we all know that Allen will run the ball at least seven or eight times, which should result in 50+ rushing yards. I’m anticipating about 290 passing yards and 50 rushing yards, which means he will easily produce more than 318.5 total yards despite going up against one of the best defensive units in the league.