Week 13 Running Back Starts & Sits: Are Kyren Williams & Zonovan Knight Worth The Risk? 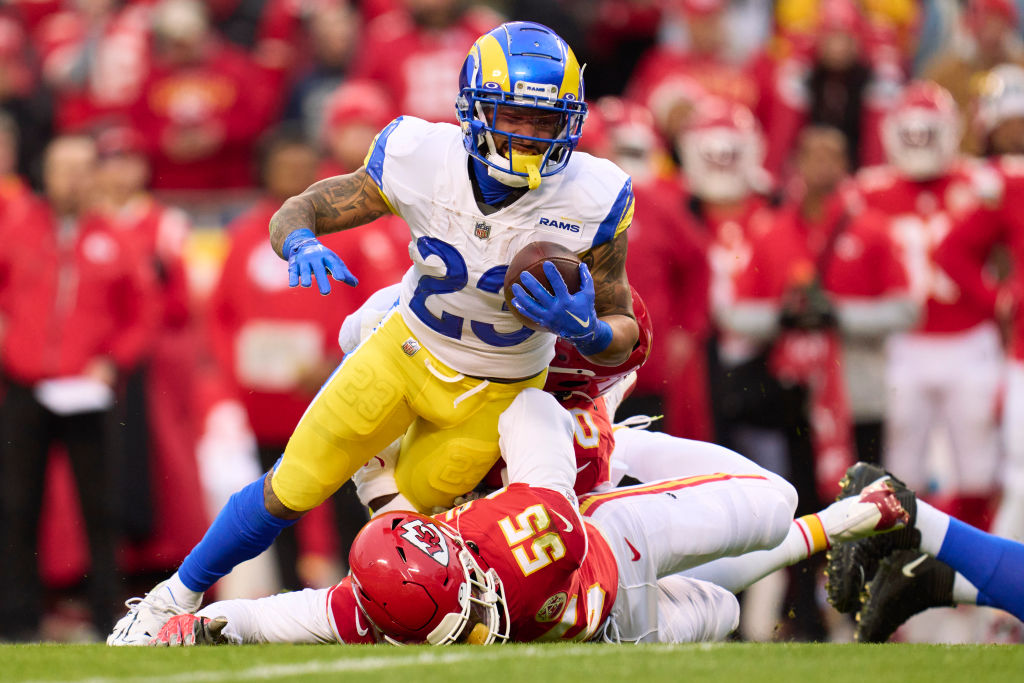 With quarterbacks in the books, let’s dig into the Week 13 running back start/sit decisions that are keeping us up at night.

The Rams are an absolute mess right now and I normally don’t like going with unknowns like Williams in important spots. But Cam Akers is banged up and Williams has a great (on-paper) matchup against a Seahawks defense that made Josh Jacobs look like Adrian Peterson. Williams saw 14 touches last week (including three receptions) and looks to be on the upswing in terms of usage as the Rams are suddenly a rebuilding team (crazily). There’s an obvious risk here, but I think it’s a risk worth taking considering the matchup.

I’m pretty sure I’ve gone back and forth on Robinson from start to sit for the past few weeks, but I’m back on the train this week. Robinson is seeing plenty of volume (49 total carries over his last three games), and he was finally used as a pass catcher last week. With Antonio Gibson questionable for this weekend, Robinson could be in line for 20-25 touches against an iffy Giants defense. Get him in your fantasy lineups!

It’s been a strange year for Swift as he’s gone from top-10 running back on draft day to losing his starting job to Jamal Williams. That said, he’s still a big part of the Lions offense and can be an asset in PPR leagues. While he’s only seeing a handful of carries each week, Swift saw eight targets out of the backfield last week and gets to face a Jaguars defense that has struggled to contain opposing running backs. I’m not gonna pound the table for him, but Swift is a viable flex play in PPR leagues.

I’ll be honest in saying that I haven’t paid much attention to Hunt this season because I don’t have him on any of my fantasy teams. But I started digging into him after seeing him ranked as a top-30 running back this week, and um, yikes. Hunt hasn’t had a top-20 PPR performance since Week 1, and has put up a total of 13 PPR points in his last three games combined. It’s unclear how the offense will shift with Deshaun Watson back under center, but Hunter isn’t even close to splitting time with Nick Chubb at this point and belongs on your fantasy bench this week (and probably beyond).

I know the new, shiny toys are fun and all, but I’m in wait-and-see mode on Knight. To start, there’s no guarantee Michael Carter is out against the Vikings this week (at least as of now). Beyond that, we don’t know what the Jets are going to do with James Robinson and Ty Johnson. Could they ride the hot hand with Knight? Absolutely. Do I want to take that risk against a Vikings defense that kept Rhamondre Stevenson in check? Not particularly.

This decision may get taken out of our hands if Harris is unable to play with his abdomen injury, but I think he’s a sit even if he does play. He’s only had one game all season with more than 14 PPR points and currently sits at RB20 on the year. While that’s still a borderline RB2/flex play, his injury plus the added risk of Harris aggravating his abdomen and having to leave the game early pushes him into bench territory for me this week.