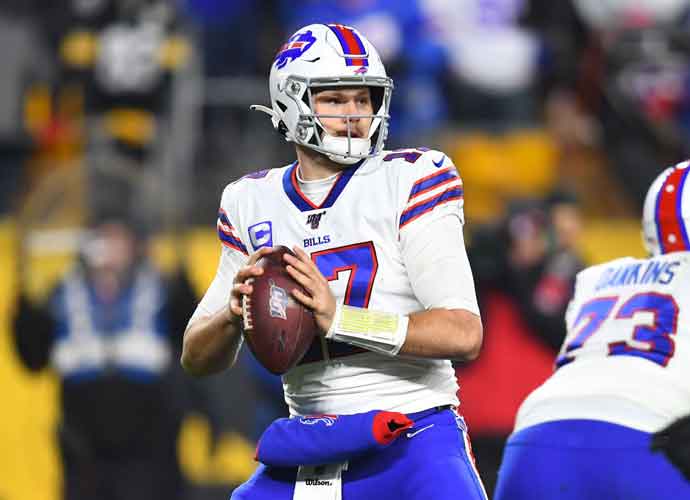 We had a full slate of games last week on Thanksgiving, but we’re back to our regular Thursday Night Football schedule this week. During last week’s game, we saw the Buffalo Bills (8-3) squeak one out against the Lions and the New England Patriots (6-5) fall to the Minnesota Vikings. This week we have the Bills back and traveling to New England in an AFC East clash. The Bills will try to keep pace with the first-place Miami Dolphins while the Pats will fight to stay in the playoff picture. This should be one of the better Thursday-night games we get this season.

Let’s get into the best bets for Week 13’s Thursday Night Football matchup and try to win some cash. We had a great day on Thanksgiving last week and we’ll try to have an even better night tonight.

This is a rare Thursday game when both teams will have a full week’s rest heading into the game. That should help the Bills negate some of the negative impact traveling for Thursday Night Football usually has on visiting teams. Still, it’s no small task going into Foxborough in December and knocking off the Patriots. Both of these teams should have their hands full.

The Pats had been hot heading into last week before getting knocked off by the Vikings. However, there were a lot of positives to come out of that game. While special teams and subpar defensive play were their ultimate undoing, they may have found something on offense. Mac Jones is a mediocre quarterback but wasn’t even playing up to that standard this season. Last week, he went off. He had easily his best game of the season throwing for 382 yards and two TDs. If they can build off that it will go a long way in getting this team back to the playoffs.

The Bills on the other hand have sputtered despite their 8-3 record. They are winning games but don’t look close to the juggernaut they were when the season kicked off. Josh Allen has reverted back to the mistake-prone ways of his early career and their defense continues to lose pieces to injury. It has been evident on the field that this team is not the clear-cut Super Bowl favorites they were expected to be. After losing back-to-back games to the Jets and Vikings, the Bills barely got by the Browns and Lions. This is a good team but not a great team right now.

This may be a higher-scoring game than many anticipate when you consider these are viewed as two premier defenses in the NFL. If the Pats can get their rushing attack going it will open up the passing game, and we all know the Bills are going to throw early and often. A defensive battle isn’t out of the question either though. The Pats’ defense is among the best in the league, however, there offense can leave plenty to be desired many weeks. Either way, this should be a tight game with a ton of playoff implications. Welcome to December football.

Damien Harris has already been ruled out for this game so it will once again be the Rhamondre show in New England. As we mentioned earlier the Pats’ offense finally got their passing game going last week and that was in major part due to Stevenson who caught nine passes for 76 yards. He has had at least six receptions and 55 yards in four of his last five games. So we aren’t really going out on a limb here with this bet. It shouldn’t take long for him to win you this bet.

Poyer is finally healthy and looking like the All-Pro safety that he is. Coming off a 10-tackle game this number shouldn’t be difficult for him to hit. He’s topped it in three straight and in four of his last five games. Always one of the most productive safeties in the league look for him to build off of last week and clear this mark by at least a few tackles. The Pats’ home stat crew is also the eighth most generous when it comes to scoring tackles per opportunity. New England also allows opportunities to safeties with a heavy rushing attack and often targeting their weapons in the middle of the field.

This is a bit of a bigger swing, but not as big as it might seem when you look into the numbers. Despite Knox only having two TDs this season we expect him to get in this week. The Pats are a tough team to score on. They’ve allowed just six TD receptions by wide receivers this season, one by a RB, and running backs have rushed for one TD on them all season. However, they’ve given up eight receiving TDs to tight ends in 11 games. That’s the second-most in the league behind only the Cardinals. If we know this, you know the Bills know this as well and Knox will get looks in the end zone.