Week 13 Fantasy Football Streamers: Is Mike White Worth The Risk? 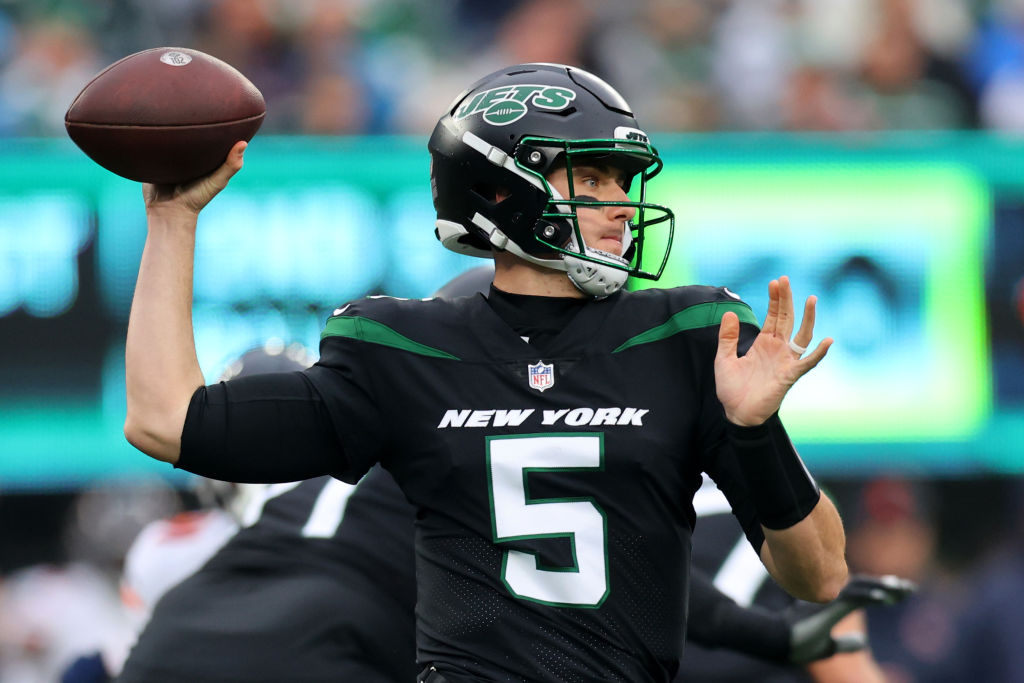 Week 13 is here and injuries and bye weeks continue to ravage our lineups. Many of us will be looking to the waiver wire again this week to find streamer options that we can plug in and get some points from. This week will be a bit more running back heavy than usual because there are so many options that may be sitting out there for you this week. For all the backs you should follow reports during the week because none of them are clear-cut situations. These are the guys you need to be picking up this week.

One of the most popular streamers this season along with Jared Goff, Jimmy G takes on the Miami Dolphins this Sunday in a huge matchup for both teams. He currently sits as the QB14 in points per game, for QBs who have played at least eight games, and is a matchup-based option. This week his matchup is great against the Dolphins who are allowing the fifth-most fantasy points to opposing quarterbacks. His ceiling isn’t particularly high, but he’s a safe bet to give you about 235 yards and two touchdowns.

This is a scary start and if you’re not scared you may have forgotten what White did last year. Don’t get us wrong, he’s a strong streaming option this week. Last week he completed 78.6% of his passes and piled up 315 yards and three TDs. So he’s absolutely a streaming option against the Vikings who have allowed the fourth-most fantasy points to QBs this season and just made Mac Jones look like he has the arm of an NFL quarterback last week.

However, just understand the risk that comes with him. Last year he burst onto the scene in his first start throwing for 405 yards and three TDs while completing 82.2% of his passes. The following week he threw for 95 yards and the week after that he threw four interceptions and no TDs then was not heard from again until last week. This is a boom-or-bust QB option this week in Minnesota.

Elijah Mitchell is once again injured and will miss at least the remainder of the fantasy season. On top of that Christian McCaffrey is banged up with a knee injury of his own and could either be out or limited this week. This opens up the door for rookies Jordan Mason and Tyrion Davis-Price. TDP has been inactive so we aren’t sure exactly how this backfield will shake out, but it’s a safe bet they won’t overuse CMC.

Your best bet is to go with Mason who stepped in and served as the primary back this past week once everyone went down. He carried the ball five times for 25 yards. TDP did get one heavy usage game this season and it didn’t go well as he averaged just 2.4 yards on 14 carries. So Mason is the guy you should make a priority. Hopefully, Tevin Coleman doesn’t step in and muddy the waters with a handful of useless touches.

Michael Carter sprained his ankle last week and is expected to miss time. In his absence, Zonovan Knight stepped in as the top back and rushed for 69 yards on 14 carries while Ty Johnson saw five carries that he took for 62 yards and a TD. Both guys are worth a look this week. Robinson was a healthy scratch and has been cast to waivers by many fantasy owners.

That may have been a mistake. We have seen this story play out before and Robinson is the most likely back to handle a heavy workload. He serves little purpose outside of early-down carries while Knight and Johnson can contribute on special teams and in different roles. Which is why Robinson was likely inactive. There is a good chance Robinson is active this week and leads this team in carries. He should also get the goal-line work.

Najee Harris went down with an abdominal injury on Monday night and Jaylen Warren wasn’t able to play. It’s looking like there is a real chance neither back can make it on the field in Week 13. This opens the door for Benny Snell and Anthony McFarland. Snell seems to have stepped into the Harris role with McFarland playing the secondary Warren role. This leaves Snell as the better streaming option. Especially because even if Warren comes back, Snell could still have value. That’s unlikely to be the case for McFarland.

Travis Etienne was yet another injury victim this week and gave way to Hasty who looked great as a pass catcher. On the ground he rushed 12 times for 28 yards, nevertheless, he also caught all five of his targets for 67 yards and a 28-yard TD. We have seen this explosion from him already this season when he broke off a 61-yard TD run against the Colts. If Etienne is out he’s an interesting option. The only concern is the potential involvement of Darrell Henderson. It could become a split-back situation with Henderson seeing a decent amount of carries and Hasty seeing more targets. Like all the other backs on this list, he comes with uncertainty and risk.

White is behind the other backs on this list but worth mentioning. Josh Jacobs is dealing with a calf injury and isn’t expected to practice this week. If he is able to play on Sunday then White is a non-factor. However, if he’s not White should serve as the primary ball carries with Ameer Abdullah and Brandon Bolden seeing work as well, however, those two tend to see more work in the passing attack. This would in all likelihood be a committee situation should Jacobs miss time. Still, this is a situation worth closely monitoring because the Raiders face off against the Chargers this week who are allowing the third-most fantasy points to running backs. Their rush defense is atrocious and getting worse.

Jones is coming off a huge game in which he caught 11 of his 14 targets for 145 yards. It’s time to accept that he needs to be rostered in every league and is worthy of a weekly flex-start. He has now seen double-digit targets in back-to-back games and three of his last five games. This week has a great matchup against the Lions who are allowing the third-most fantasy points to wideouts. This guy needs to be in your lineups.

This is a low-upside offense. Nonetheless, Collins is slowly but surely becoming the WR1 in Houston. You probably don’t want to start him in standard leagues, but he has PPR value. Over the past three weeks, he’s seen 26 targets. While he’s only turned that into 16 receptions, 141 yards, and a TD, his targets and a solid matchup against the Browns gives him a safe floor if you’re looking for a guy who isn’t going to kill you if you stream him.

Zach Wilson was finally out of the starting lineup last week so he could stop ruining Moore’s life. Mike White immediately had a positive impact on him as he had a season-high 64 yards and scored his first TD of the season. Moore needed something to change and it did. He is the most volatile of these WR streamers but he also has the most upside. Of these options, he’s the most talented player and he has a top-five matchup against the Vikings.

Moreau continues to make this list while Darren Waller is sidelined. There isn’t much left to say that hasn’t been said though. The matchup is strong against the Chargers who are allowing the 10th-most fantasy points to tight ends. Regardless, odds are he’s going to go out there, catch a handful of passes for 33-43 yards, and hopefully one of them is in the end zone. He’s the definition of a solid streaming TE.

If Justin Fields isn’t back this week you may want to take a step back from Kmet. However, even if Fields is out he should still see as many targets as he can handle. Darnell Mooney is now out for the season and Kmet should be the centerpiece of this passing attack. His ceiling has been raised significantly. The only concern is what the floor might be if this passing game just can’t get anything going.