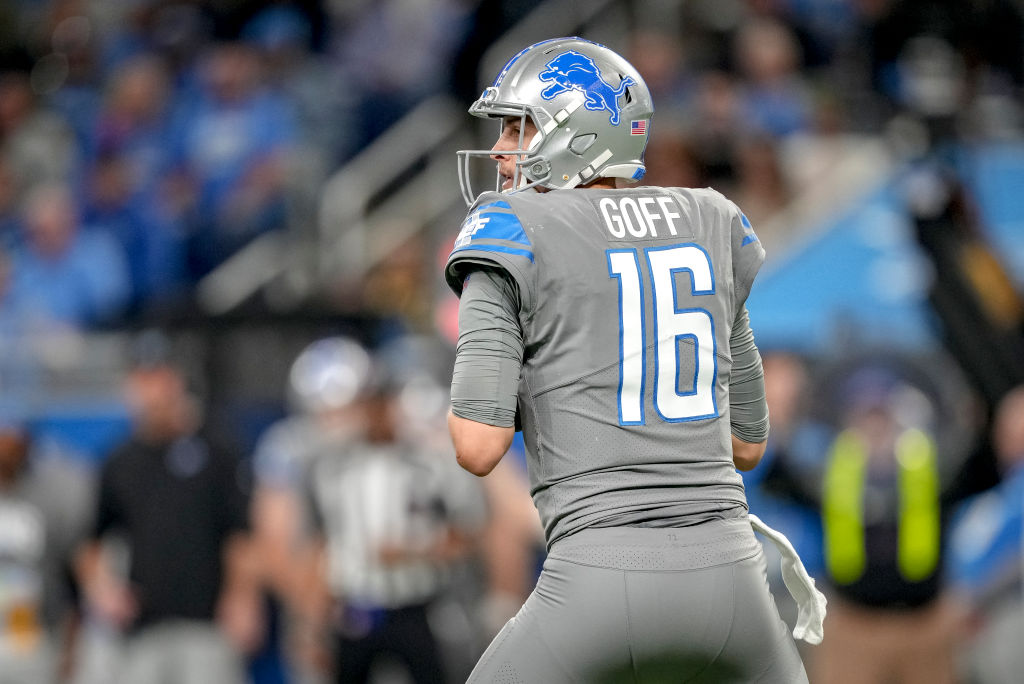 Even though we are headed into Week 13 of the fantasy football season, there is a surprisingly large amount of valuable free-agent quarterbacks and tight ends to target on the waiver wire. This includes QB Jared Goff of the Lions and TE Hunter Henry of the Patriots. Even Mike White of the New York Jets had a monster showing in his first start of the 2022 season. Let's examine the top quarterbacks and tight ends still available on the waiver wire in the majority of fantasy leagues as we gear up for Week 13.

Although the Lions are struggling to win games, coming off of a tough 28-25 defeat against the Buffalo Bills on Thanksgiving day, Jared Goff has definitely been surprisingly efficient this season. In 2022, Goff has completed 63.7% of his passes for 2,682 passing yards, 17 touchdowns, and seven interceptions. Detroit’s signal caller went 23-of-37 for 240 passing yards and two touchdowns in their loss to Josh Allen and the Bills. Despite the loss, Goff played well and has consistently produced this season. With Amon-Ra St. Brown on the field and rookie first-rounder Jameson Williams on the mend, Goff should only improve down the stretch. He is available from waivers in approximately 55% of fantasy football leagues at the moment.

After missing multiple weeks due to injury in October, Mac Jones was back in action in November and had a great game on Thanksgiving despite losing to the Vikings 33-26. New England’s young quarterback completed 28-of-39 passes (71.8%) for 382 passing yards and two touchdowns and no interceptions. In Week 11, Jones completed 85.2% of his passes and produced 246 passing yards and no interceptions but failed to score a touchdown. Though he’s thrown for just 1,768 yards and has a six-to-five touchdown-to-interception ratio this season, Jones has played much better since returning from injury on October 30. As the Patriots look to make a playoff push, look for Jones to keep up his high efficiency passing the football. If fantasy owners can look away from he fact that he’s only produced six touchdowns this season and focus on how efficient his passing has been over the last four weeks, they could be picking up one of the most efficient quarterbacks in the final weeks of the season. Jones is available on the wire in more than 85% of fantasy football leagues at the moment. With a difficult schedule ahead of them to close the season, Jones may be asked to throw the ball more than normal, which will certainly help his value.

The Jets opted to bench Zach Wilson who has been abysmal over the last few weeks. Instead, New York decided to start backup QB Mike White on Sunday against the Chicago Bears. White was simply next level for Gang Green and it's hard to envision Robert Saleh turning back to Wilson after White's performance. He completed 78.6% of his passes for 315 passing yards and three touchdowns, to help the Jets beat the Bears 31-10 at home. White finished the game with a whopping 149.3 rating. After his game on Sunday, expect White to start next week and potentially for the remainder of the 2022 season for the Jets.

Hunter Henry has had a relatively quiet season for the Patriots in 2022. Though he’s played in all 11 games for the Patriots this season, he’s only had 23 catches for 323 yards and two touchdowns. Henry did catch three passes for 63 yards (21.0 AVG) and one touchdown against the Vikings on Thanksgiving. After his performance in Week 12, fantasy owners in need of a tight end might take a look at Henry who is currently available in more than 75% of fantasy football leagues.

On Thanksgiving, not only did Dalton Schultz ball out but backup Jake Ferguson had a big game as well. In fact, Ferguson had more receiving yards than Schultz despite the fact that Schultz was the one who found the end zone twice. That said, Dallas’ second-top option at tight end proved to be a trustworthy option for Dak Prescott against the New York Giants. He had three catches for 57 receiving yards to help the Cowboys beat the Giants. While Schultz should continue to be the team’s top option at the position tight end, Ferguson’s Week 12 performance deserves attention. Right now, Ferguson is a free agent who is claimable in virtually every fantasy football league. He could be an option if you are absolutely desperate. Obviously, an injury to Schultz would make Ferguson an intriguing play.