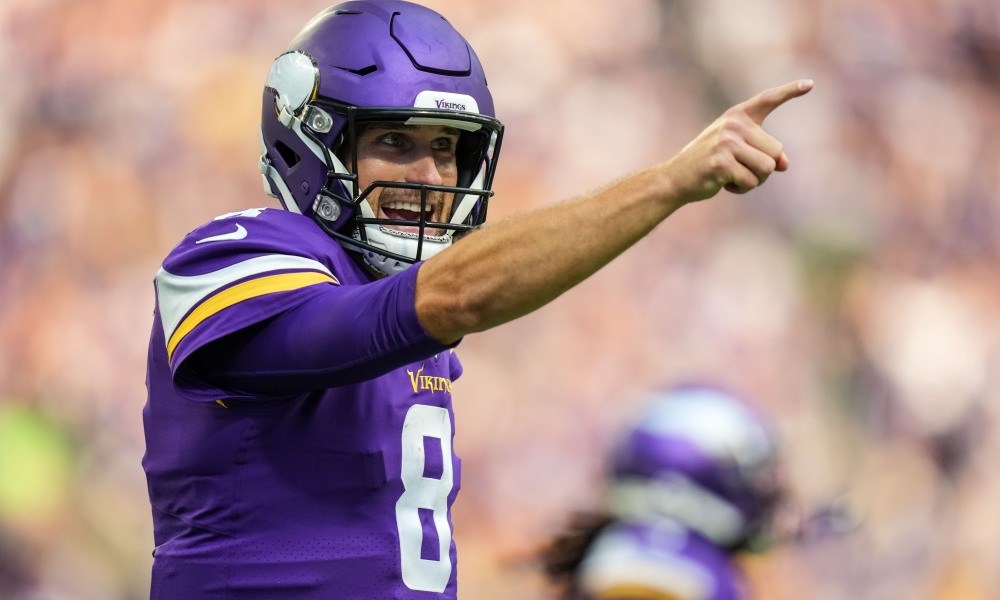 Week 11 is officially in the books, and we see a ton of changes in the NFL Power Rankings. Let’s take a look at how things shook out and where everybody ranks heading into Week 12.

The Texans got beat up once again this week by the Commanders. Things don’t look to get any easier moving forward so don’t count on them getting out of the bottom spot anytime soon.

The Panthers actually hung around with the Ravens this week. Unfortunately, they still lost and only scored three points so they still dropped in the rankings.

The terrible Raiders beat the terrible Broncos this week and won both meetings with their division rivals this season. They climbed one spot.

The Bears continue to lose games despite Justin Fields making highlight reel plays. However, Fields is now injured and according to his coach he could play this week or his season may be over. So we aren’t getting anything from him.

The Rams are among the worst defending Super Bowl champs we’ve seen.

The Broncos embarrassed themselves this week losing to the hapless Raiders. Russell Wilson has been inexplicably bad.

The Jags slide up one spot during their bye week due to the wheels completely falling off for the Broncos and Rams.

The Browns just continue to lose games. The hope was they could hang around close enough to a playoff spot until DeShaun Watson was eligible to return. It looks he will be too little too late this year.

It looks like Mike Tomlin’s streak of not finishing below .500 is going to come to an end this year. Still, this team fights, and won’t be an easy win for anyone.

The media desperately wanted to believe in the Packers after they knocked off the Cowboys in Week 10. However, they are awful and that was obvious fool’s gold to anyone who has actually watched this team play this year.

The Saints got a big win last week knocking off the defending Super Bowl champs. The victory keeps their slim playoff hopes alive.

The Cardinals got embarrassed by the 49ers on Monday Night Football in Week 11. However, they are out there with a backup quarterback which is the only reason they didn’t drop any further this week.

The Colts did drop a few spots last week, but they held their own in a loss to the Eagles. A win would have been huge now, nonetheless, a playoff spot is now an uphill battle.

The Lions knocked off the Giants this week to win their third in a row and jump the Packers for second place in the NFC North. They probably dug too big of a hole to make a run at a wild card spot, but this team is fun to watch and heading in the right direction.

The Chargers had a shot to knock off the Chiefs on Sunday night. Predictably Justin Herbert got intercepted on the final drive. He now has more interceptions in the fourth quarter this year than he has in all the other quarters combined.

The Falcons got a huge win last week knocking off the Chicago Bears to gain ground and keep the pressure on the Bucs in the NFC South.

Last week is why nobody believes in the Jets. Their defense is very good, nevertheless, they have the worst quarterback in the NFL and it looks like things are about to get ugly in that locker room.

The Commanders are now above .500 as they continue to look better without Carson Wentz. They are a legitimate threat to make the playoffs in the NFC.

New England swept the season series against the Jets yet again this season. They are moving up in the rankings and in the standings. However, Mac Jones continues to hold this team back from being a serious contender.

Tampa sits at .500 this season, stays put at 13, and holds on to their spot on top of the NFC South during their bye week.

The Bengals knocked off the Steelers last week and held on to the 12 spot in the rankings. They have been solid but don’t look like a team destined to return to the Super Bowl.

The Giants have been rolling this season but hit a major speedbump this week when they were beatdown by the Lions. Still, they sit at 7-3 with a firm grasp on a wild card spot.

Seattle managed to move up a spot this week during their bye. They are the season’s biggest surprise and have their eyes set on making the playoffs.

San Fran continued to roll on Monday night as they beat down the Arizona Cardinals in Mexico City. Their defense is outstanding and the offense is dangerous.

The Titans just continue to win games. They went on the road to Green Bay this past week and handled their business like they usually do.

The Ravens won an ugly game against the Panthers in Week 11 as it becomes more and more clear that Lamar Jackson needs a true WR1. Despite a win, Baltimore drops one spot this week as their offensive struggles look like a long-term issue.

The Cowboys molly-whopped the Vikings last week. It was as dominant a performance as you’ll see in any game this year on both sides of the ball. They sacked Kirk Cousins nine times and beat Minnesota by 37.

The Bills knocked off the Browns in Week 11 but looked far from the juggernaut they were early in the season. Once the universal Super Bowl favorites, Buffalo looks very beatable as of late as Josh Allen continues to come back down to earth.

The Vikings got an absolutely brutal beatdown at home in Week 11. The Cowboys routed them 40-3 in what was their largest road victory of all time. The Vikings are barely clinging to the No. 4 spot this week.

The Dolphins managed to slide up one spot during their bye week after the Vikings were dismantled by the Cowboys. Tua will look to keep the heat on Mahomes in the MVP race when Miami returns to action in Week 12.

After suffering their first loss in Week 10 the Eagles looked shaky against the Colts in Week 11. However, they did enough to pull out the win late and hold on to the No. 2 spot.

The Chiefs continued to roll this week as they once again beat their division rival Chargers. Patrick Mahomes continues to show why he’s the best quarterback in the NFL and the MVP frontrunner.