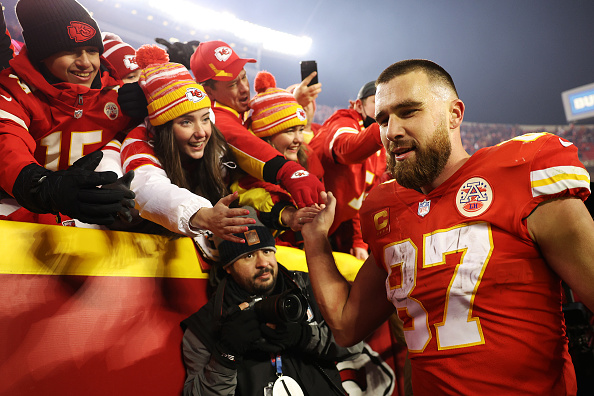 Prize Picks is offering tons of great prop bets for NFL Week 11 just like they do each and every week. It’s a fun and easy site to make bets on. They give you a stat for each player and you pick More or Less. It doesn’t get any simpler than that.

As scary as it is to watch Russell Wilson this season and bet on him when it comes to betting against the Las Vegas Raiders you should always be ready to push all your chips all in. Their pass defense is horrendous. They come into this game with the seventh-worst pass defense in the NFL and it was been getting progressively worse as the year has worn on. They’re allowing 250 yards per game which is well above this mark. Matt Ryan is the only quarterback all season who has failed to top this number against this defense.

That includes Wilson who went on the road in Week 4 and threw for 237 yards against a healthier Raiders’ secondary. This also isn’t a high bar for him to leap over. Despite his struggles this season, he’s thrown more than 225 yards in five of his eight starts. Including against the Colts’ seventh-ranked pass defense. He actually averages over 247 yards per game this season. There isn’t much reason to believe he shouldn’t hit here. Russ averages more than this number per game, hits it most weeks and the Raiders give this up 90% of the time. The numbers make this an easy bet.

On the other side of the field, you have Carr going up against the Broncos’ top-ranked pass defense. If we saw Russ against the Raiders then we also saw Carr against Denver earlier in the season. As you may have already figured out from the tone it did not go well. He threw for just 188 yards. Since then he has lost Darren Waller, Hunter Renfrow, and now Davante Adams has been limited in practice all week with an abdomen injury.

Carr’s season average yards per game is just 236.4 and the Broncos only allow 174.4 passing yards per game. So he averages fewer yards passing per game than Russ and is going against an infinitely better pass defense yet his number to hit is somehow higher. Can anyone explain that to us? There is something wrong with the algorithm here and you need to take advantage of it before they figure it out.

This pick is as simple as it gets. Montgomery has been splitting time with Khalil Herbert this season, and he was just sent to injured reserve this week. That means Montgomery is going to get all the work he can handle. He should top 20 carries in this game for the first time all season. Excluding the game, he got injured in and ran for just 11 yards while splitting carries he has averaged 53 yards per game and has a nice matchup against the Falcons this week who are in the bottom half of the league against the run allowing 119.4 yards per game. In a split backfield, he has topped this mark in three of the eight games he completed. With the backfield to himself, this should be an easy target for him.

The Pick: More than 61.5 Rushing Yards

This is just us betting against what is by far the worst rush defense in the NFL. The Houston Texans are allowing 181.8 rushing yards per game this season. That’s more than 20 yards more than the second-worst rush defense is allowing. That is a massive gap. That’s a bigger gap than the gap between the sixth-ranked rush defense and the 21st-ranked rush defense. It wouldn’t be shocking to see Gibson break off a 47-yard run against this team. If you prefer Brian Robinson, he is also a fine option. We just prefer Gibson because he’s a more explosive back and has looked better as of late. Nevertheless, both running backs should have their way with the Texans’ defense.

The Pick: More than 46.5 Rushing Yards

Slayton has developed into Daniel Jones’s go-to guy this season. This week he gets to take on the Lions’ league-worst defense. They are at the bottom of the league allowing over 416 yards per game and sixth worst against the pass allowing 255.3 yards per game. We have watched Slayton top this mark in three straight games, four of his last five, and five of seven games total this season. His average is 54.5 yards per game this season and that includes a game he was limited in returning from injury and only put up 11 yards. There is no evidence that would lead you to believe that Slayton shouldn’t hit on this bet.

The Pick: More than 45.5 Receiving Yards

Kelce is looking like the last man standing in Kansas City. This is a big number, but one he’s hit in six of nine games already this season. Now all the options around him have left what should be a target funnel in his direction. Mecole Hardman was sent to injured reserve this week and Juju Smith-Schuster looks very unlikely to play after an ugly concussion. MVS has also missed practice this week with what’s being called an illness. It could be Mahomes to Kelce all night. We’ll put our money on the league’s best quarterback throwing to the league’s best TE every time in a situation like this.

The Pick: More than 70.5 Receiving Yards