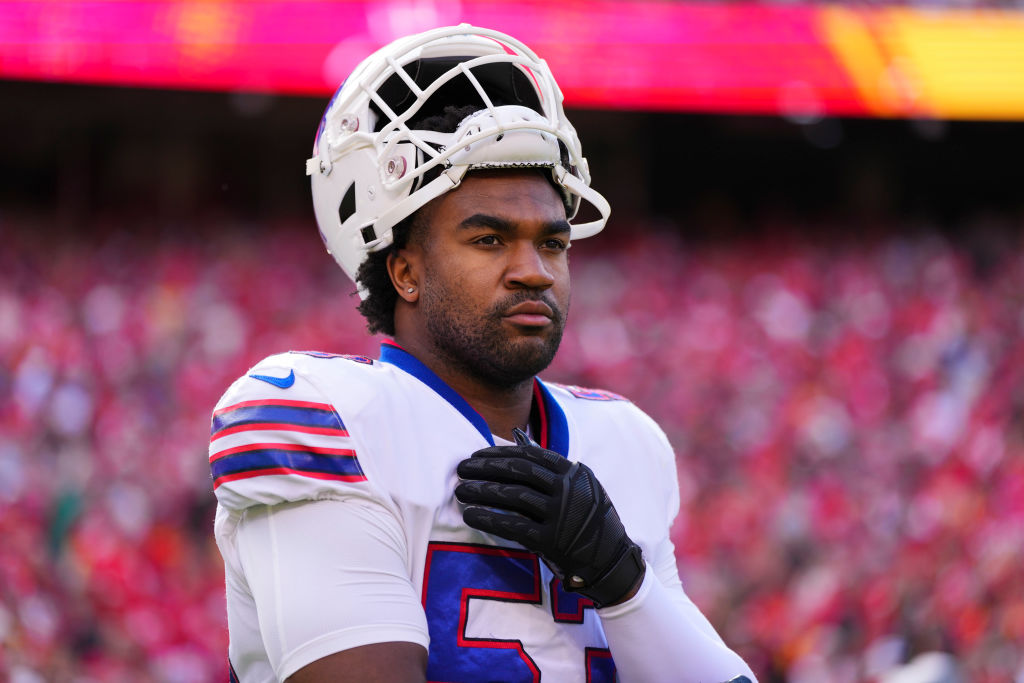 Takitaki is playing out of his mind lately and the team is giving him more opportunities. Over the past two games, he’s piled up 23 tackles, a sack, and a forced fumble. He’s also seen season highs in snaps the past two games as his production had seen an uptick before that. In week 8 he saw his snap percentage jump from 56% to 85%. Then it jumped to 96% last week after the bye. He also has a solid matchup this week against the Bills who are allowing the eighth-most fantasy points to OLBs this season.

Sticking in that same game but across the sidelines is Dodson. Bills’ star LB Tremaine Edmunds exited last week with a groin injury and has not been able to practice at all this week as of Thursday. It looks like he’s trending in the wrong direction this week which isn’t surprising with a groin injury. Dodson came in and played every snap once Edmunds went down. The last time Dodson got to see significant snaps as he’ll likely see this week was Week 5 when he played 84% of the snaps when Edmunds got injured. In that game, he had 11 tackles and a sack. The matchup is great too as they give up the second-most fantasy points to the position.

DeShon Elliot has been an IDP stud this year but went down with a brutal concussion last week. Once Elliot went out, Moore took over his every-down role and was featured up in the box. He played about half the snaps in the game and managed to make three tackles. That’s not incredible by any stretch of the imagination, but it’s also not bad stretched over a full game. That role in this defense has also proven to have IDP value. Even if all he does is make about six tackles, that’s not a bad game for a streaming option at safety. The matchup is nice too as the Giants are giving up the 10th-most points to safeties.

In many IDP leagues, Williams is the most valuable player on this list. In leagues where you have to start a cornerback, he is CB-eligible but playing safety. He is currently filling in for an injured Marcus Maye who could miss another game this week. You have to follow the injury reports though because he’s essentially useless if Maye is active. Nonetheless, he filled in for him last week and made 11 tackles. Those are strong numbers for a safety and outstanding numbers for a corner. Check your waivers and check his position designation, and don’t forget to monitor the injury reports. This one takes a little bit more work but is definitely worth the reward if things fall into place.

The Bills love to rotate their pass rushers throughout the game diminishing all of their value. However, an injury to Greg Rousseau has really opened things up for Epenesa. He saw his snap percentage jump from 37% to a season-high 60% last week against Minnesota. He made the most of his opportunity making three tackles, a sack, and forcing a fumble. On top of that, he also added two pass deflections. There is no reason to believe the rotation will change this week against the Browns. You should be able to stream him and hopefully he continues playing well. This is a less proven commodity, but this defense has a knack for making plays.

The now 33-year-old Dunlap has seen a resurgence this season and is coming off back-to-back productive games. His snap count has spiked in the last two weeks to back-to-back season highs at 61% and 75%. In those games, he’s tallied nine tackles and two sacks. There is no reason to believe he can’t have another productive game on Sunday Night Football against the Las Angeles Chargers. The Chargers are allowing the seventh-most fantasy points to defensive ends this season. If you’re in need of a streaming option this week he’s a solid veteran to plug into your lineup.