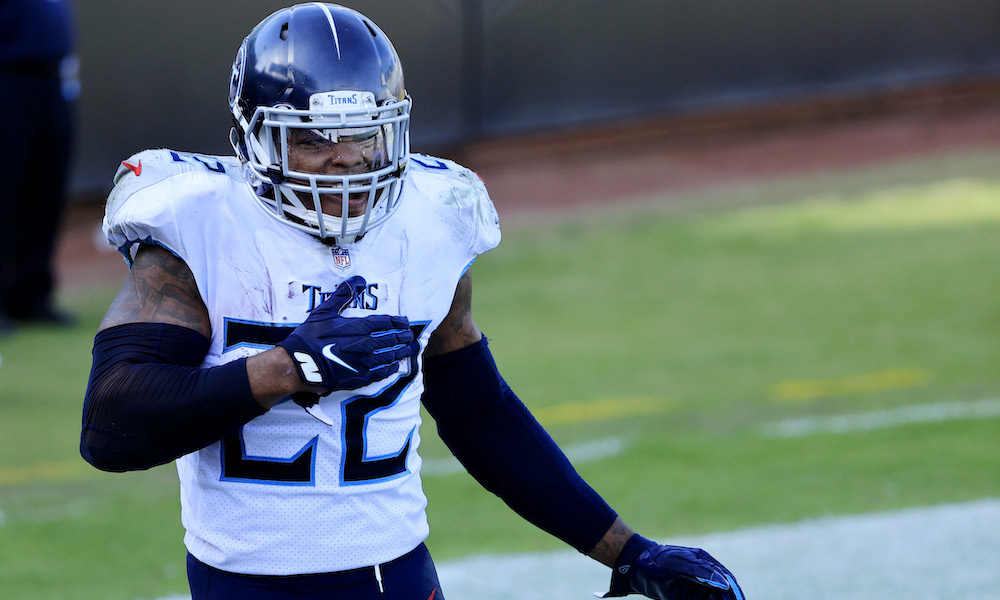 Last week on Thursday Night Football we saw the last-place Carolina Panthers beat up on the Falcons and try to claw their way back into the NFC South race. This week we get to see Derrick Henry and the first-place Tennessee Titans ((6-3) travel to Lambeau Field to take on a suddenly revitalized Green Bay Packers (6-4). The Titans will look to continue their stronghold on the AFC South. While every game from here on out will be crucial for the Packers once fading playoff hopes.

The Titans always show up to play and tend to find ways to win when they shouldn’t. They’re an odd team though because they also will lose what appear to be unlosable games at times as well. However, there’s a reason they were the top seed in the AFC last year and once again sit atop their throne in the AFC South. This is a well-coached team with a monster for a running back and a defense that makes plays. No matter who you put up against them they’ll show up to compete.

The Packers have been dreadful this season. The offense has been terrible prior to last week and the defense struggles against the run. Aaron Rodgers has looked every bit his age and his receivers have been as bad as advertised. However, Green Bay shocked the world last week and upended the red-hot Dallas Cowboys. If you’ve watched any sports media this week, you know the narrative is no longer that the Packers are done. It’s that the Packers are back and going to steal a playoff spot.

Welp, the sports media world is wrong. This team isn’t going anywhere. Who do they think they’re catching? Their only hope is if they can leapfrog the 49ers who are a much better team or a complete collapse by the Giants, Cowboys, or Seahawks. That’s not happening.

Now somehow, they are 3.5-point favorites against the Titans on Thursday Night Football. Meaning they would also be favorites on a neutral field. You can go ahead and buy back in on this offense after one game, but it’s a mistake. What you should be buying in on is Derrick Henry and what he’s been doing year after year. Last week wasn’t the Packers turning it around, it was the Cowboys doing what they always do and finding a way to lose a high-profile game that they should win. This was the easiest pick of the year so far on TNF.

Dillon has been one of the biggest disappointments of the season so far and don’t look for him to turn it around this week. The distant second head of a two-headed monster, his season is going about as well as everyone else’s season in Green Bay not named Aaron Jones. The Titans have a brutal rush defense and he will be unable to exploit them. They’ve allowed less than 600 yards to running backs all season. The exact number of rushing yards they’ve allowed per game is 66.5 and Dillon is second in the pecking order for a piece of that pie. This matchup most likely won’t see him on the field a ton as they will need Jones’s explosiveness and pass-catching ability out there. We’ve already seen him fail to hit this number four times this season and he will fail once again in this one.

Henry is once again averaging over 100 yards per game this season and will look to blow by that number again this week. The Packers have a solid pass defense and a bad rush defense while the Titans have a terrible passing attack and a beast of a running back. This matchup lined up perfectly for King Henry. He’s topped this mark in five of his last six games and once he more than doubled it. Look for him to get about 25 carries and finish well over the century mark.

One of the reasons the Titans’ rush defense has been so good is ILB David Long. The Packers are going to try to establish the run because it worked last week. It won’t work this week because the Titans are much better at stopping the run but look for the Packers to attempt to run the ball often early. This is a great matchup and Long is averaging 7.7 tackles per game this season. He’s topped this number in six of 9 games and in two of the three he didn’t he had seven.