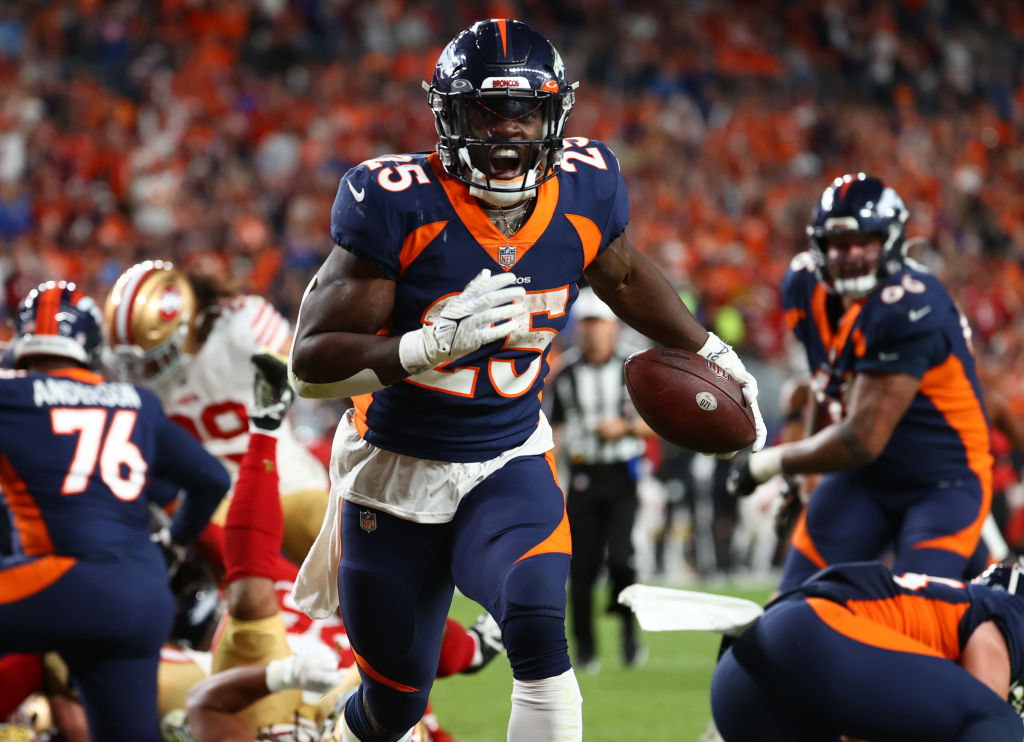 Melvin Gordon leads the NFL in fumbles with four at the moment. Nonetheless, he is the running back with the most trade interest at the moment. Is he worth the gamble?

WR Curtis Samuel is the NFL player with the highest ETI % (Estimate Trade Interest). He blew up in the first two weeks of the season but has gone cold in Week 3 and Week 4.

Commanders’ WR Curtis Samuel was off to a great start. He produced solid yardage and caught one touchdown in each of the first two games of the regular season. However, Samuel has produced fewer than 50 receiving yards and failed to score a touchdown in each of his last two contests. Terry McLaurin and Jahan Dotson have produced equally well. Samuel is due for a big game, so the reason for his high trade interest goes both ways. Fantasy owners are willing to trade him because of his slow last couple of weeks while others may be looking to acquire him expecting a big game from the wideout in Week 5 or in Week 6.

Fantasy owners are rightfully hitting the panic button in regards to Melvin Gordon. Right now, Gordon has four fumbles on the season (two for losses) and has therefore fumbled the ball the most of all players in the league at the moment. It’s not like he’s made up for his carelessness carrying the football by producing solid yardage. Gordon is running inefficiently this season and is currently averaging 3.8 yards per carry. In Week 3, Gordon had 12 carries for 26 yards (2.2 AVG). He only had three rushing attempts for eight yards in Week 4. I’d do my best to get some value out of Gordon while there remains any. The Broncos just signed Latavius Murray from the Saints’ practice squad after he erupted against the Vikings this Sunday. Still, the Broncos are without Javonte Williams for the remainder of the season after he tore his ACL this weekend. It’s likely that Gordon remains on the field. Nonetheless, he stinks and it's very understandable that he is the fantasy running back with the highest ETI % heading into Week 5.\

The issue with Jamaal Williams right now is that RB D’Andre Swift should be returning soon. He sustained a shoulder injury which kept him out of Week 4. In Week 1, Swift exploded for 144 rushing yards, 31 receiving yards, and a touchdown. Though he missed the Lions’ contest this Sunday, Swift is averaging a league-high 8.6 yards per carry in 2022. Once Swift returns, Williams won’t be seeing as many carries or fantasy production. Williams had 87 rushing yards and two touchdowns in Week 3, followed by 108 rushing yards and two touchdowns in Week 4. He’s one of the hottest running backs at the center of trades right now as a result of his outstanding play which is making him a solid sell-high candidate. Right now, we are awaiting the Lions’ injury report which could come out any time today. Seriously though, Swift has been outstanding since the season began, and his return to the team as RB1 could limit Williams’ future production.

So far this season, Jonathan Taylor hasn’t produced as much yardage through the first few weeks of the regular season. In Week 1, Taylor had a whopping 31 carries for 161 yards and a touchdown. He hasn’t gotten a touchdown since nor a 100+ rushing yard game since. In fact, Taylor has only produced 167 rushing yards combined from Week 2 to Week 4. This is the No. 1 pick off the board from most 2022 fantasy football drafts who is not (at least so far) proving to be as valuable as people would have thought before the season began. Not to mention, Taylor has already been ruled out for Week 5, which explains why so many fantasy owners are offering him in trades.

Tom Brady is also a guy who's gotten off to an up and down start this year. Despite Tampa Bay’s loss against the Chiefs in Week 4, Brady completed 75% of his passes for 385 yards and three touchdowns. He only had one touchdown in each game from Week 1 to Week 3. Brady is still a relatively buy-low trade target who had a strong start in Week 4 which is potentially pushing people to target him more than they would have a few weeks ago. People are buying Brady low after a terrific fantasy performance in Week 4.