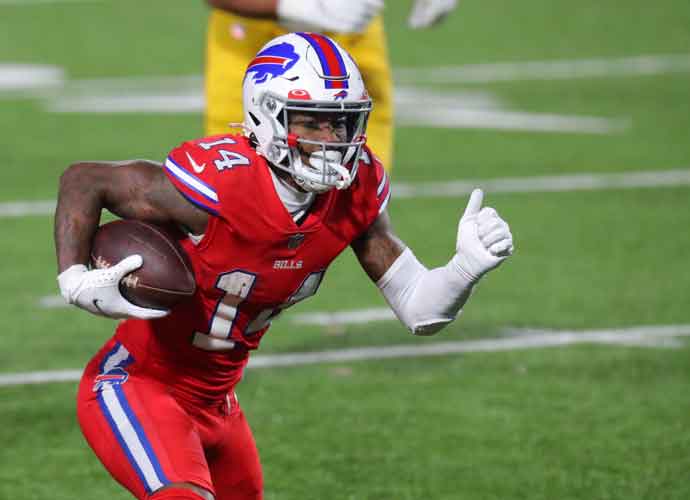 Every Saturday morning, Dr. Roto hosts Fantasy House Calls on Sirius XM Radio, Channel 87 from 9:00 AM to 11:00 AM. I join him every week for a 15-minute segment to talk about our favorite two props of the week at about 10:30 AM EST. So without further ado, it’s time to break down my favorite two prop bets heading into Week 3!

In case you struggle with your research in pinpointing the top prop bets to consider, you might want to check out Fantasy SP’s NFL Player Prop Cheatsheet! This tool is straight money in the bank! We can’t share our secret sauce and divulge exactly how we come up with our projections but the NFL Player Prop Cheatsheet was 31-19 in its top 50 props in Week 2. Let’s hope we can build on that success in Week 3. So without further ado, let’s take a look at my favorite two player props entering Week 3 of the NFL season.

Winston is the top quarterback on our Prop Bet Cheat in terms of passing yards props. Although Winston has struggled through the first two games of the season and still isn’t at 100% health, he gets a matchup against a beatable Carolina Panthers secondary. Michael Thomas has all sorts of mismatches against Carolina’s corners in Donte Jackson and Jaycee Horn --Thomas almost has six inches on Horn.

Not to mention, the return of Alvin Kamara will only open up the passing game more and provide Winston with plenty of screens and dump off opportunities for Kamara. Winston has thrown at least one touchdown in each game thus far and has hit the Over on his passing yardage prop both times. Winston has surpassed his season prop average (229.0 yards) by 23.5 passing yards per game through two weeks of the season. And the passing game is only going to improve over time. Winston is clearly developing a solid rapport with Michael Thomas, Jarvis Landry, and even rookie Chris Olave. I actually think Olave has massive playmaker ability and could surpass Landry on the depth chart. And Thomas hauled in two late-game touchdowns to give the Saints a miraculous comeback victory over the Atlanta Falcons in Week 1.

Several factors are playing to Winston’s favor but the Carolina Panthers' defense has allowed just 150 passing yards per game this season, the NFL’s third-ranked pass defense. That being said, Carolina did face two less-than-mediocre passing offenses in the New York Giants and the Cleveland Browns. So it’s difficult to take too much stock in that. One other trend that certainly favors Carolina is that Michael Thomas has only delivered an 100-yard receiving performance once in eight outings against the Panthers. But Thomas is the type of player who can get it going on any given Sunday. To me, the biggest concern for New Orleans through two games of the season is the offensive line. Famous Jameis has been sacked 10 times and hit 17 times, good for second in the NFL. Granted, sometimes Winston holds onto the ball too long and a few of those quarterback pressures are his fault but the fact of the matter is that he simply has not had consistent protection on downfield routes, which is why it’s been so challenging to get the passing game performing at a consistent level.

I still think Winston finds a way to get the job done with so many weapons in his arsenal. And with Kamara not at full strength, I can see Dennis Allen opting to let Winston air it out in this one. I’m predicting 250+ passing yards in this one for the former Buccaneers quarterback.

The Dolphins are one of the few teams in the league that could push the Bills to play a full four quarters of elite football on Sunday. Unfortunately for the Dolphins, starting corner Xavien Howard, who did not practice on Wednesday, is in danger of missing Week 3 and wasn’t 100% in Week 2 when Rashod Bateman shredded him for over 90 yards. If Bateman could beat him for 90 yards, there’s no telling what Diggs can do.

Stefon Diggs has gone completely bonkers to begin the season. Through seven quarters of football, Diggs has roasted TWO solid secondaries in the Rams and Titans for 270 yards on 20 catches (24 targets).

This is a massive matchup advantage for Diggs in a high-total game with a whopping 53-point toal. He caught 12 balls for 148 yards in an abbreviated outing last week and his receiving yard total opened shorter than it closed last week! He has beat this line in each of his first two matchups and this could be his easiest matchup to date thus far.

Add in Byron Jones (PUP) on the sideline and this Miami secondary that was once elite is looking as vulnerable as ever. These injuries are going to make things a lot easier for Diggs and it doesn’t hurt that Josh Allen remains aggressive even when his team has a commanding league. Buffalo is passing the ball at a 60% clip and Diggs’ 34.3% target share trails only Cooper Kupp and A.J. Brown. Diggs should see about 15 targets and hit 100 receiving yards in his third consecutive week.