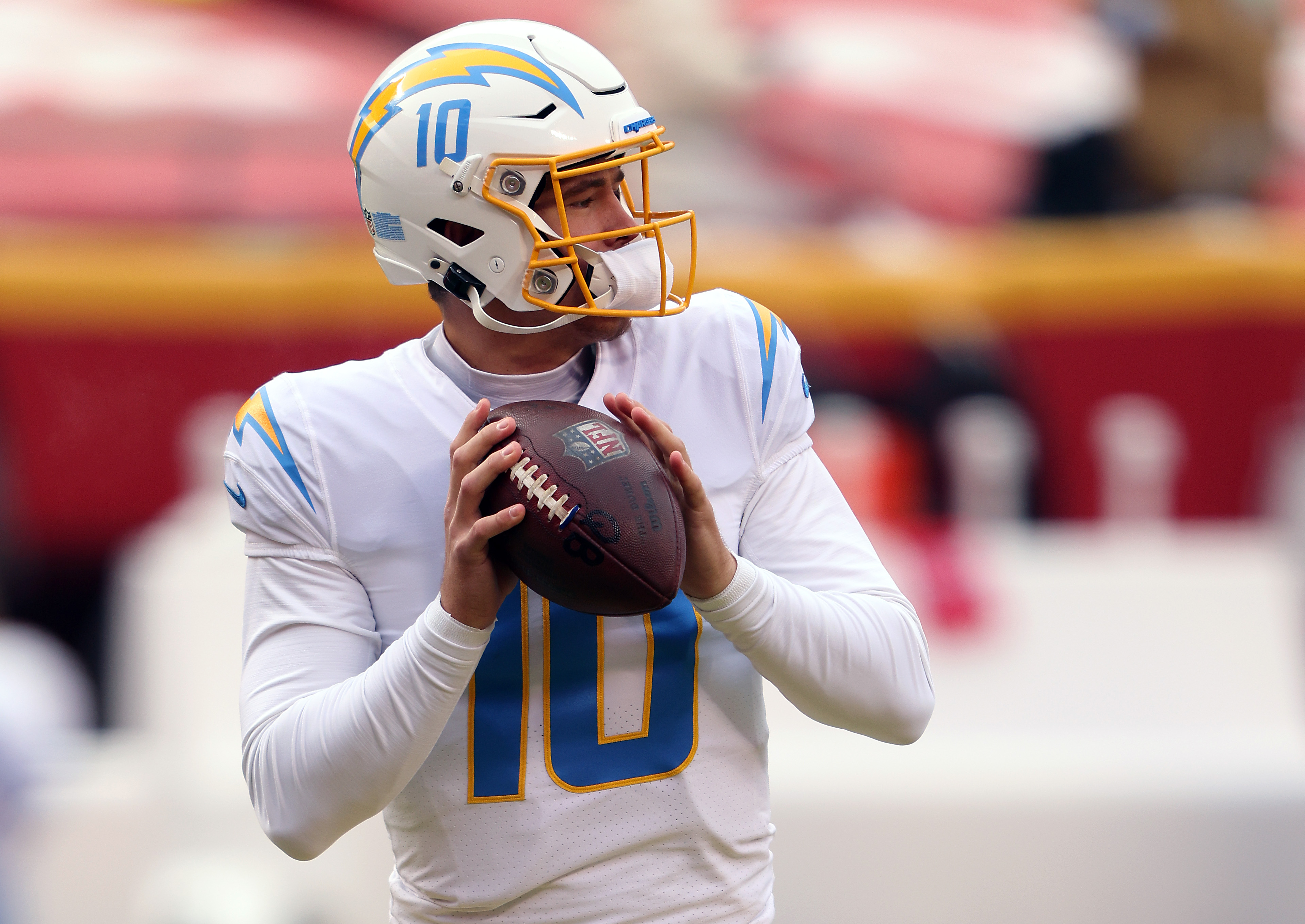 I’m still licking my DFS wounds from the Trey Lance injury last week (and more importantly, hope his recovery goes well), but the beauty of DFS is that each week is a new week. And the good news it that Week 3 is, indeed, a new week!

In the space that follows, I’m going to take a look at a few of the players that are standing out to me as cash plays and gpp plays while giving you a high-priced and lower-priced option for each. I’m going to use FanDuel pricing as a reference point, but there’s a good chance these players are also good values on the myriad of other DFS sites that are out there.

Patrick Mahomes has absolutely eaten Gus Bradley defenses alive during his career and this weekend should be no exception. The Colts have been scuffling (and Mahomes has been doing the opposite of scuffling) so we should get the bang for our buck at this price tag.

Look, I don’t feel good about starting Carson Wentz either. But the man has seven touchdowns through two games and can’t be ignored right now. I don’t love his matchup, but I guess we still have the revenge narrative going for us.

I feel like everyone is going to avoid Herbert this weekend due to his injury and the presence of other elite options, but the man can still put up big numbers and the Jaguars defense is nothing special. While I wouldn’t touch Herbert in cash games, he’s a good off-the-beaten-path play in tournaments.

I think this is the third time I’ve written about Goff this week. I don’t really love that fact, but the man has been producing to start the season. With six touchdowns through two games, Goff has been putting up numbers and should be able to keep the good times rolling against a mediocre Vikings squad.

I think a lot of people will be going with Dalvin Cook in cash games this week. I have no qualms with that at all, but I think Mixon is just as good of a play and he’s $100 cheaper on FanDuel. In fact, I might try to get them both into my cash game lineups.

We’re looking for guaranteed touches here and Sanders gives us that. He’s seen 13 and 17 carries in his two games this year and has put up 96 and 80 yards, respectively. I get the trepidation with Sanders (especially with Jalen Hurts there to steal carries), but he’s actually a pretty safe play.

Swift is banged-up and coming off a bad game, so he shouldn’t be a common play this week. But the man has big-game potential and that’s what we’re looking for in tourneys.

I think people have forgotten about Pierce after a rough Week 1 and a so-so Week 2. But he carried the ball 15 times last week and $5,800 is a great price for a guy who might not be in many lineups and could push 20 carries.

I’m all for any of the top receiving options at this spot, but I’m going with Diggs because he’s the cheapest of the elite options this week. He’s seen 24 targets through two weeks (including a whopping 15 last week) and is an even better play if Gabriel Davis sits again this week.

Keep an eye on the injury reports, but there’s a good chance Gage will be the only healthy receiving option for the Buccaneers who is a halfway decent NFL player. If that’s the case, you’re only paying $5,700 for a guy who will see double-digit targets from an angry Tom Brady.

Hill just screams GPP to me because of his big-game potential and he’s been an absolute monster this year with 25 targets and almost 300 receiving yards through two games. I could be talked into Jaylen Waddle being a better option due to his price, but Hill is my pick for now.

I’m going to the Dortch well again if Rondale Moore doesn’t play. He’s cheap, he produces, and I’m not sure he’ll be on that many rosters. He opens up a lot of salary for other positions.

Andrews’ price went up a bit this week (and full disclosure, this isn’t a position I usually spend on), but he’s got a great matchup against a Patriots defense that looks like it will be without Kyle Dugger.

Is there a possibility Johnson sees one target and gives us a goose egg? Sure. But he’s cheeeeeeap and led all tight ends in targets last week. I’ll be jamming him into my cash lineups this week.

I’m looking for upside here and no tight end provides more upside than Travis Kelce. He’s expensive, but he’s an interesting stack with Mahomes and a Chiefs receiver that might help you get a little unique like Marquez Valdes-Scantling.

The Jets have been bad against tight ends and Hurst has seen 15 targets through two weeks. He’s a solid Bengals stack option with Joe Burrow and either Ja’Marr Chase or Tee Higgins.

Sticking with my “pick on the Patriots” strategy, I’m going to count on Mac Jones committing a turnover for the third-straight week. While I won’t be using the Ravens this week because I’d rather spend the money elsewhere, they’re a great option if you’re paying up.

The Cardinals defense isn’t the ‘85 Bears, but they’ve been opportunistic and scored a defensive touchdown last week. More importantly, they’re the cheapest defense available and are playing a mistake-prone Matthew Stafford. Don’t be scared by the high-powered Rams offense here.

The Chargers have a good defense and Trevor Lawrence has never exactly been a conservative quarterback. I probably won’t be paying this much for a defense, but the Chargers are a great target if you want to pay up.

We’re looking for mistake-prone quarterbacks when we’re looking for fantasy defenses and Mr. Kirk Cousins fits the bill. The Lions aren’t the tomato can defense they used to be and come at a nice cheap price this week.

I'll leave the GPP lineups up to you all, but here's a cash game lineup I'll be playing on FanDuel this weekend: