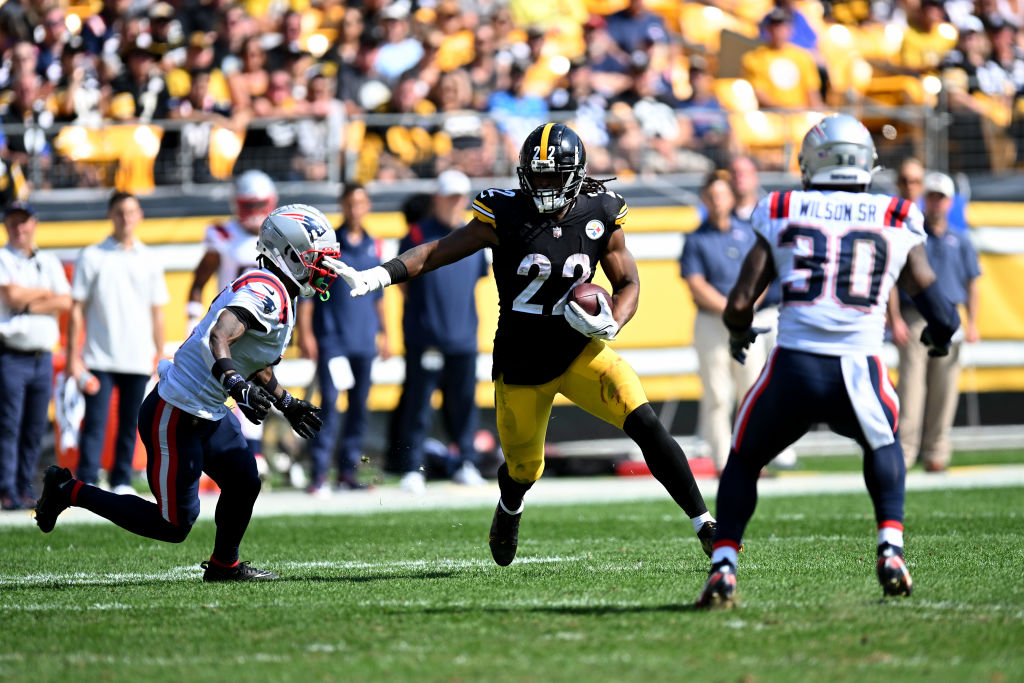 To kick off Week 3 of the regular season, the Cleveland Browns are hosting the Pittsburgh Steelers in what should be an interesting AFC North showdown. Both teams are off to 1-1 starts this season and will compete tonight to take the lead in the division.

Let’s take a look at some of the best bets and player props for tonight’s TNF showdown between the Steelers and the Browns.

Though the Cleveland Browns are hosting the Steelers this Thursday night, it’s tough to visualize them blowing their division rivals out. After their choke job against the New York Jets in Week 2, it’s much more difficult to trust these Browns. In the final few minutes of New York’s miraculous comeback victory, the Browns’ offense completely lost its rhythm and allowed the Jets to reclaim the lead late on a Joe Flacco to Garrett Wilson touchdown pass.

Even if the Browns take a substantial lead at home, they could easily allow the Steelers to come back. Pittsburgh’s offense isn’t the scariest in the league but they still have some solid playmakers in Najee Harris and Diontae Johnson. In addition, consider the Steelers-Bengals Week 1 game. In that battle, the Steelers forced five turnovers (four interceptions and one fumble loss) from Joe Burrow to bring the game into overtime and win. The Steelers defense isn’t a joke, and they could easily disrupt the Browns passing and running game on Thursday night. For that reason, let’s take the Steelers to keep it within four points or less. If you think they will win the game, you might consider taking them on the Moneyline. With Jacoby Brissett under center, it’s difficult to imagine the Browns winning by more than one more possession.

According to John Ewing, each of the seven times an NFL O/U over the last three seasons has been of 38.5 total points or fewer, the Under has been the correct pick.

Both the Pittsburgh Steelers and the Cleveland Browns have unimpressive offenses this season for various reasons. The Steelers are rebuilding their receiving corps while having to bank on Mitch Turbisky to replace Ben Rothlesberger. The Browns choked against the Jets and clearly made mistakes on the field. This isn’t close to the same offense with Jacoby Brissett filling in for the suspended Deshaun Watson. Amari Cooper had a good showing in Week 2 but Cleveland’s passing game is in for some woes in Week 3 against Pittsburgh. The statistic about the under being 7-0 over the last three years in games with an O/U set at 38.5 points or below is enough to convince me to to smash the Under tonight.

The Patriots’ defense shut down Najee Harris and the Steelers in Week 2. Harris has had a rough couple of first weeks in the 2022 regular season. He’s put up numbers that are far below what he is capable of producing. Through the first two games of the season, Harris has accumulated just 72 rushing yards on 25 total attempts. Najee Harris has had a rough start to the season but I like him to do some damage against the Browns’ defense. Cleveland’s defensive front is much more skilled at pressuring the quarterback than stuffing the run so I think Harris has his most productive game of the season thus far in Week 3. Look for the second-year running back to produce 70+ rushing yards and a touchdown in tonight’s AFC North battle.

In each of the first two games of the 2022 season, Hunt produced at least 15.5 receiving yards. In Week 1, Hunt caught four passes for 24 receiving yards and a touchdown. In Week 2, he caught two passes for 16 yards. Hunt has been targeted as a receiver fairly frequently over the last two seasons. In Cleveland’s backfield, Hunt doesn’t always get the same number of touches running the ball as Nick Chubb but he’s clearly the superior option in the passing game. Look for Brisett to target Hunt on a few screen passes and dump offs.