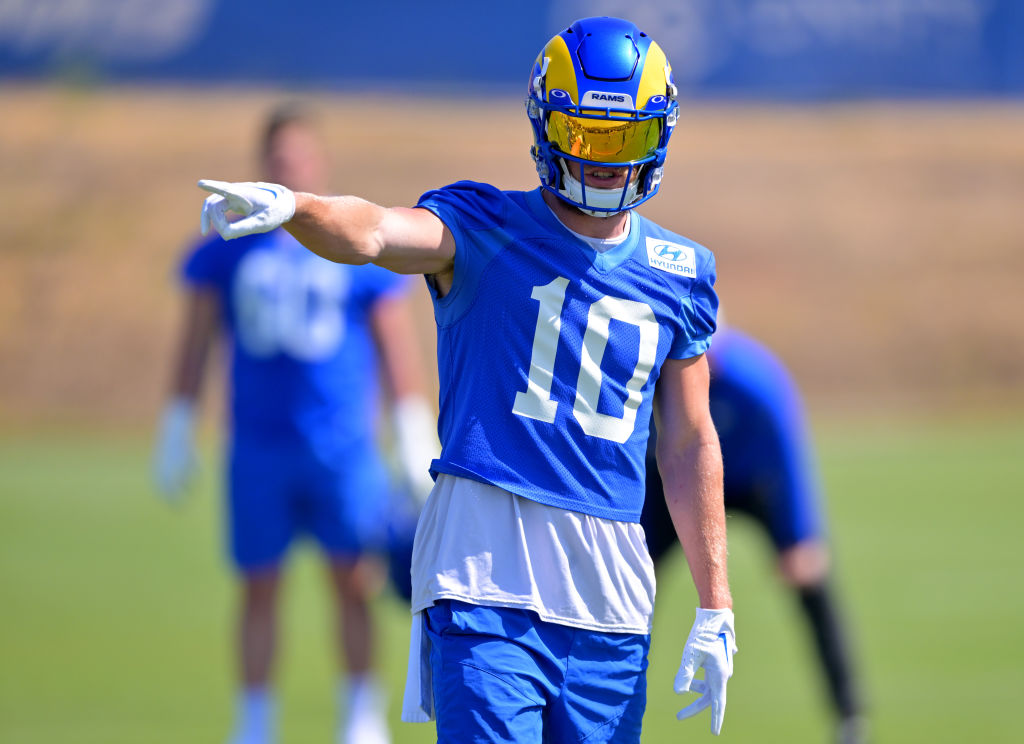 After Aaron Donald renegotiated his contract to earn an additional $40 million with the Rams for the three years remaining on his existing contract, it was a matter of time before LA’s front would work out a deal with their best pass catcher: Cooper Kupp.

This evening, ESPN’s Adam Schefter reported that the Rams agreed to an $80 million three-year extension with Kupp (with $75 M guaranteed), which will allow him to earn up to $110 million over the next five years.

Kupp is coming off of one of the best regular seasons for any wide receiver in NFL history. He had 145 receptions (four shy of M. Thomas record-setting 149 receptions in 2019) for 1,947 yards and 16 touchdowns in 2021. With those kind of numbers produced by Kupp consistently throughout the 2021 season, he is undoubtedly one of the hottest fantasy wideouts heading into 2022. He should remain a WR1 off the board in any 2022 fantasy football draft after leading the league in receptions, yards, and receiving touchdowns in 2021. Moreover, the Rams traded fellow WR Robert Woods to the Tennessee Titans while Odell Beckham Jr. blew out his knee in the Super Bowl. These are just two more factors that could make Kupp more valuable to fantasy owners in 2022 than in 2021.

While Kupp may not be the “best” wide receiver in the league with players, he’s certainly finished as a top-two or top-three wideout for 2021 regular season alongside Davante Adams and Deebo Samuel. What makes even more valuable to the Rams was his role for the Rams offense in the 2021 postseason.

Through four 2021 postseason games the Rams played (including Super Bowl LVI), Kupp caught 33-of-42 passes thrown his way for 478 yards and six touchdowns. He therefore averaged 119.5 yards and 1.5 touchdowns per game for the Rams on their way to this year's Vince Lombardi Trophy.

While Kupp won’t be the highest paid WR in football after this deal contract, he is the latest among an elite group of NFL wideouts (Tyreek Hill, DeAndre Hopkins, AJ Brown, Stefon Diggs) in today’s game to sign massive multi-year contracts worth at least $20 million a year. Today, the Rams at the very least paid Kupp what he earned after such a dominant 2021 season.

The Rams have now guaranteed that their best defensive (A. Donald) and offensive (C. Kupp) weapons remain with the team in the years to come.