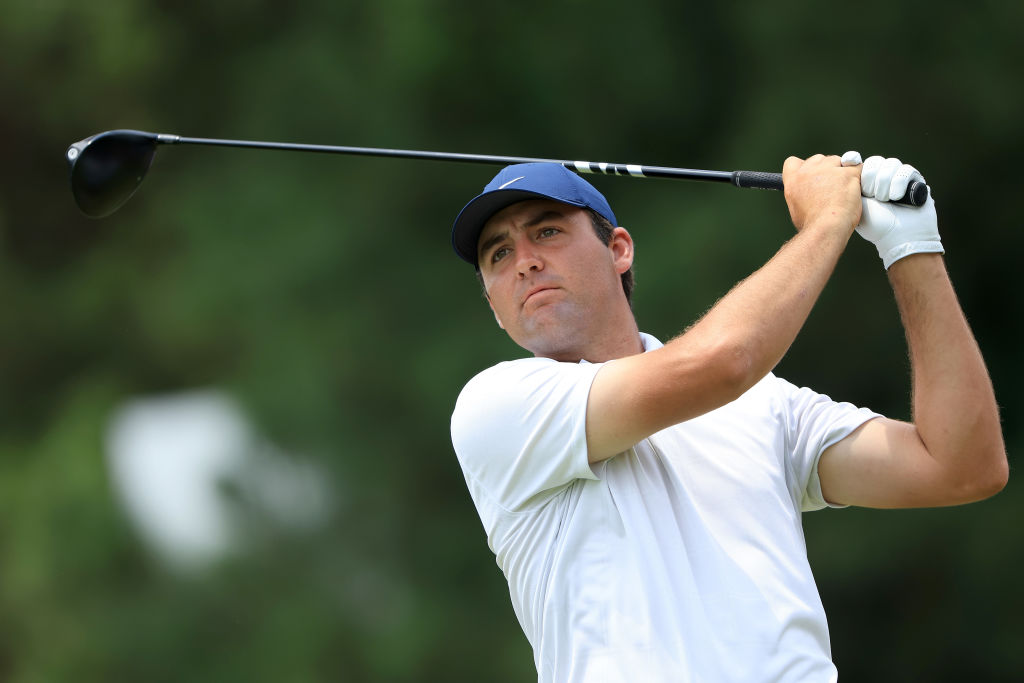 The first major since 2007 is being held at Southern Hills Country Club this week as the best players in the world gather to compete for the 2022 PGA Championship. The defending champion Phil Mickelson won’t be a part of it amid all of the LIV Tour controversies, and other notables Sung Jae Im (covid), Paul Casey (back), and Harris English (hip), also won’t be in the field, but the rest of the top players are all ready to tee it up for the second major of the 2021-22 PGA Tour season.

Southern Hills is playing to a super long Par 70 at 7,556 yards, so it’s going to be very hard for the shorter hitters to keep up this week. I’d suggest taking players that tend to hit it longer. It’s not particularly narrow so accuracy isn’t as important off the tees. Where it is important is on the approach and around the greens as the greens are on the smaller end and balls tend to roll off into bunkers and collection areas. Players with a long ball off the tee, a solid approach game, and a great up and down game are the perfect make for this golf course. Below are my favorite bets, followed by my DFS picks for this week.

It may be too late to get on the Scottie Scheffler train, but that’s what I said pretty much every tournament since his first win at the Waste Management, and clearly, there’s no limit to how much this man can win. He’s clearly the best player in the world at the moment and has legitimately no weaknesses in his game. He’s long enough to handle this course, is one of the best in the world around the greens, and has been quoted as saying this is his favorite golf course. He had a bad putting week last week and still finished T15. It’s almost a guarantee he is in the mix on Sunday, so I’ll spend up on Scottie and find my value plays elsewhere.

Xander Schauffele hasn’t been hovering around leaderboards quite as much lately until going absolutely nuclear at the AT&T Byron Nelson last week. Schauffele went 65-61 this weekend (18-under) and looks like he’s ready to start getting back to his old form where he’s constantly in the Top 5. Despite standing at 5’9”, Schauffele ranks 32nd on Tour out of 210 qualified players in driving distance. His iron game is stellar as he ranks 23rd in Strokes Gained: Approach, and 32nd in Strokes Gained: Around the Green. His game is in peak form and this course should set up well for him this week.

Finau actually doesn’t rank highly in driving distance this season, but everyone knows the man is one of the longest players on Tour and has another gear if he chooses to use it. This course should allow the players to open it up with seven Par 4s measuring over 450 yards, and both Par 5s measuring a good bit over 600 yards. With temperatures expected to be in the mid-90s, this should allow the players to maximize their yardage and Finau may have a chance to reach the Par 5s in two. This has actually been one of Tony’s worst seasons to date thus far, but a runner-up finish at the Mexico Open has me confident his game is starting to take shape again.

Fleetwood is climbing back up the world rankings as he’s putting together a very solid season. He’s finished in the Top 25 in five of the last six stroke-play events and missed just one cut all season, so $7,600 is a sold price for him. He hasn’t shot a round above 73 since his opening round 75 at the Masters. Fleetwood was Top 5 in Strokes Gained: Around the Green until a poor week at the Byron Nelson in that department dropped him to 15th on Tour. He’s played extremely well at these events with strong fields finishing 22nd at the Players and T14 at the Masters.

This is our pick that comes with some risk but would pay off in a big way if he comes through. Cameron Champ is the longest hitter on Tour statistically and by a pretty good margin. Around the greens is another story and that’s where this pick is super risky because he is one of the worst in that department on Tour. However,  Champ is in very good form lately and is proving he can play with the best in the world. He finished T10 at the Masters, and T6 at the Mexico Open before his most recent finish a T38 at the Byron Nelson last week. While Southern Hills is nothing like Harding Park, Champ was right in the mix the entire way until sputtering a bit at the finish. Still another T10 finish at the PGA would be plenty of value here.

Muñoz shot a little 12-under 60 to begin his week at the AT&T Byron Nelson. He wasn’t able to convert the W at the birdie fest and his 24-under was only good for a T3 finish. Muñoz doesn’t have the greatest track record in majors, but this is a complete bargain considering he hasn’t missed a cut since January and has logged three Top 5 finishes this season. He’ll probably be heavily owned at this price especially since he made those big waves with a 60 last week, but that’s what Cameron Champ is for. Both these guys can contend for a Top 10 from the 6K range.