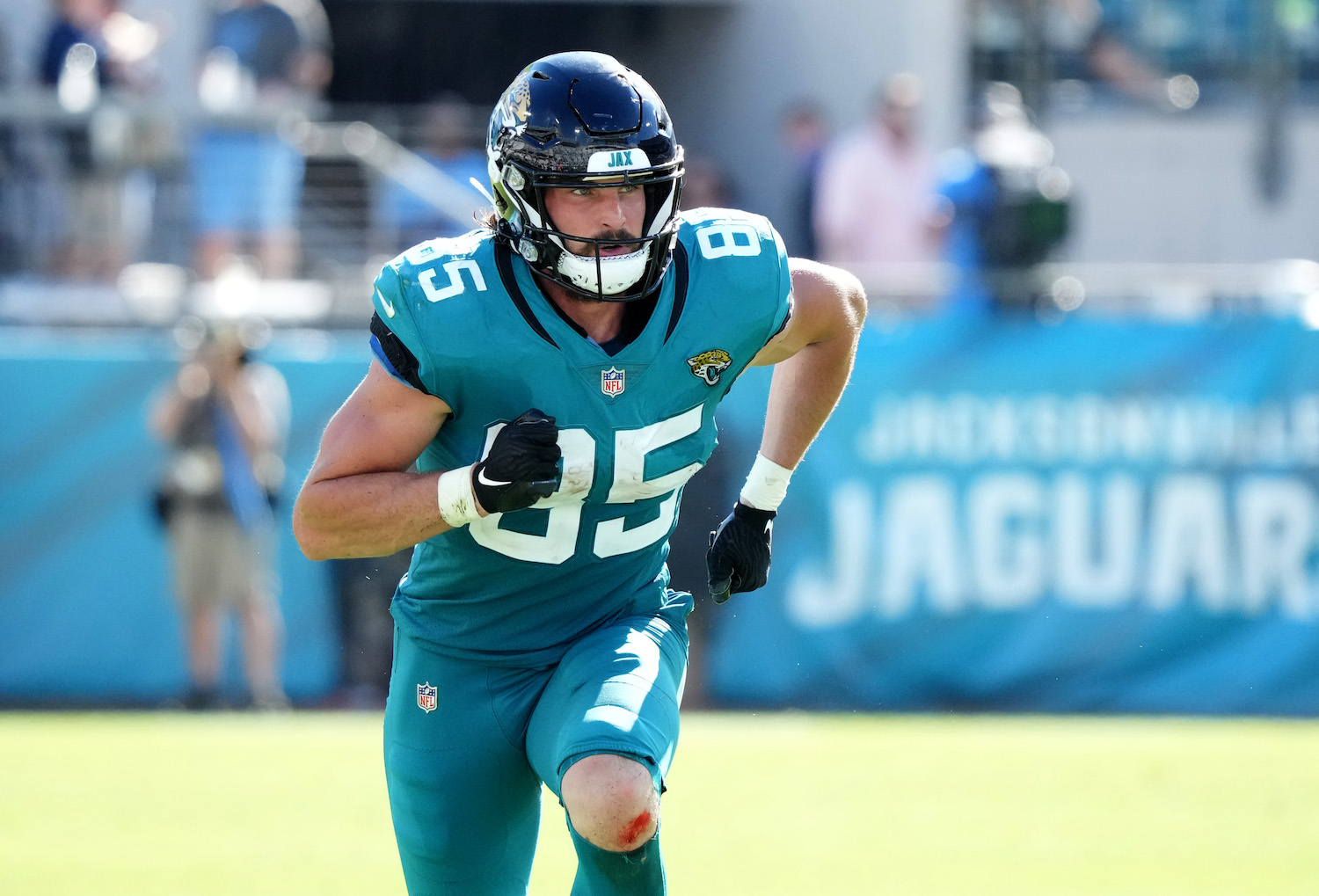 Tight end is the most shallow position in fantasy football. Most of the preseason sleepers have severely disappointed at this position. In Week 11, fantasy owners will have to manage the absence of Noah Fant and Tyler Higbee since the Denver Broncos and Los Angeles Rams are on byes. It can be incredibly difficult to pinpoint tight end streaming options. That said, we have a few ideas for those of you who are desperate for a win this week and lack a decent starting option. Streaming the right tight end could be the difference between missing and making the fantasy football playoffs as we head down the stretch of the regular season.

Now that Arnold has been able to develop a rapport with rookie quarterback Trevor Lawrence, he seems to have cemented himself as one of Jacksonville’s top targets in the passing game. Against the Colts in Week 10, Arnold hauled in five-of-seven targets for 67 yards. He also caught a two-point conversion, finishing with 13.7 fantasy points in PPR formats. Arnold has seen at least six targets in each of his past four contests. Given the volume that he gets on a weekly basis and the fact that the Jaguars are almost always playing from behind, Arnold seems to be matchup proof heading into a difficult game against the San Francisco 49ers in Week 11. Arnold shouldn’t be available in your league, but if you participate in a shallow league, scoop him up immediately and start him. He’s a PPR gem considering the lack of options at this position.

Conklin has been featured on this last quite a few times throughout the season. Although he set a season-low with only 11 receiving yards, fantasy owners weren’t complaining since he caught two touchdown passes in Minnesota’s victory over the Los Angeles Chargers. Conklin has been fairly consistent this season with multiple receptions in every game. He has eclipsed 40 receiving yards or scored a touchdown in five of seven games.

Conklin seems to have found his role in this offense. He is third in the pecking order behind Justin Jefferson and Adam Thielen. According to Pro Football Reference, Conklin is third on the team in targets (49), receptions per game (3.9), receiving yards per game (39.2), and touchdowns catches (three).

This week, the Vikings face a Green Bay Packers secondary that’s allowing 5.8 receptions and 54.6 receiving yards per game to opposing tight ends. They allow the 12th-most fantasy points to the position. In a game that should be a high-scoring affair, Kirk Cousins will hit Conklin for a touchdown in the red zone. Considering he has seen 5+ targets in five of his last six games, he should definitely get a few opportunities to put up a solid fantasy output.

Nobody would have predicted that Uzomah would be the TE12 at this point of the season. In Cincinnati’s potent offense, the tight end has had a few monster games and has accumulated 86.3 fantasy points. Uzomah has had two games with 90+ yards and two touchdowns. While I wouldn’t expect that type of production, he does get a juicy matchup against a Raiders defense allowing the second-most fantasy points per game to opposing tight ends. Vegas is allowing a whopping 6.7 receptions, 72.8 receiving yards, and 0.7 touchdowns per game to tight ends. If you need a replacement for Noah Fant or Tyler Higbee, Uzomah has lots of upside in a favorable matchup.