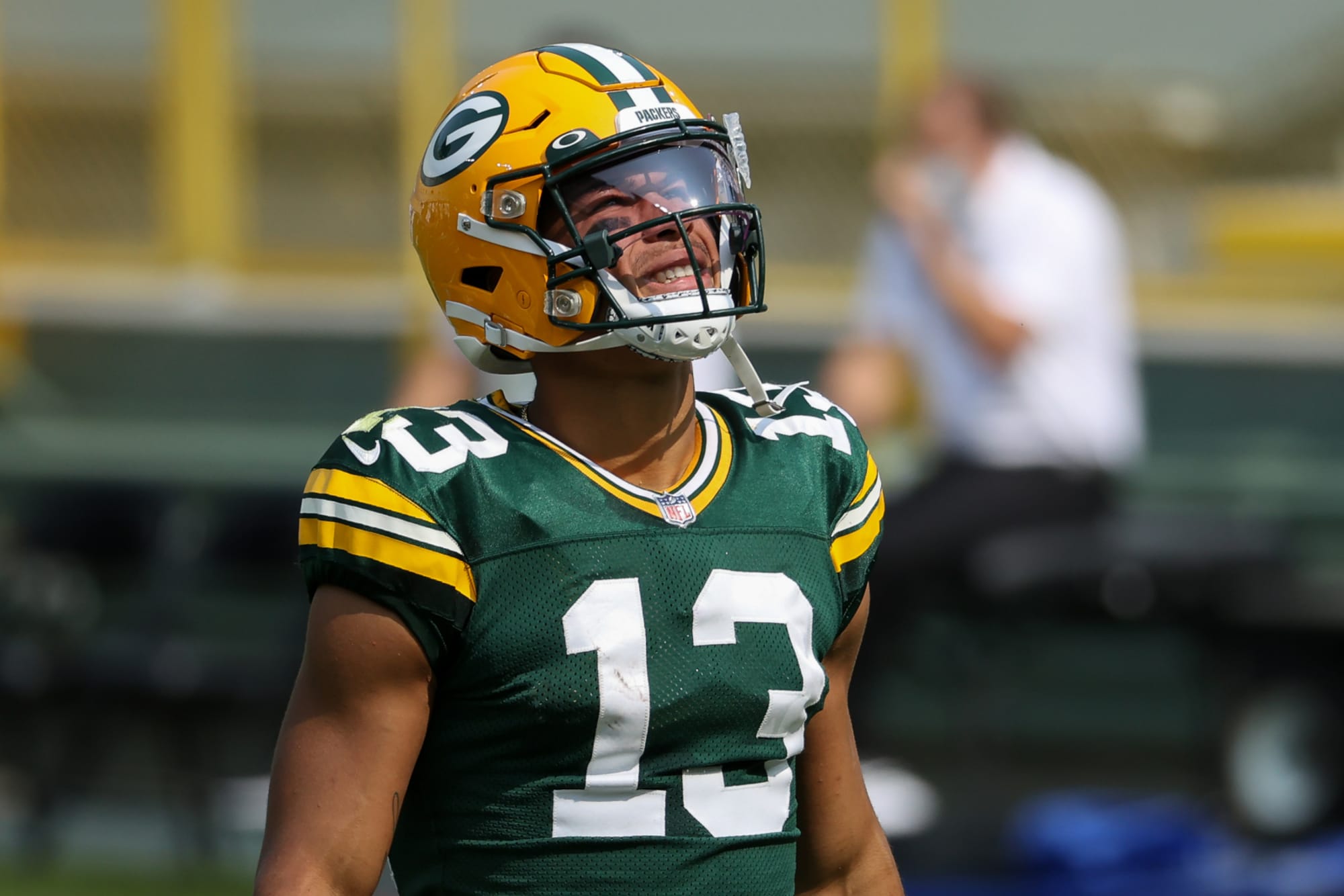 Week 8 kicks off with a Thursday Night Football matchup between the 6-1 Green Bay Packers and the 7-0 Arizona Cardinals. This game was shaping up to be the matchup of the entire season, however, Davante Adams may be forced out due to COVID-19. Unless he gets two negative tests before Thursday, the Packers will be without the best receiver in the game. So right off the bat, we know Allen Lazard and Randall Cobb are potential waiver wire targets in Week 8.

Winston was productive in his first five starts of the season with the Saints prior to the team’s Week 6 bye. Most experts would not have predicted that he would have 13 touchdowns and just three picks in five games. That said, he was only averaging 178 yards per game, but that’s because coach Sean Payton is asking Winston to throw the fewest passes (23.2 per game) in the league. On Monday Night Football in Week 7, Winston led the Saints to a hard fought victory over the Seattle Seahawks. He completed 19 of 35 passes for 222 yards and a touchdown. He also finally got Alvin Kamara involved, hitting him for 10 receptions, 126 yards and the Saints’ lone touchdown. Michael Thomas is likely returning sooner rather than later and the Saints get a great matchup for quarterbacks against the Bucs in Week 8. Tampa ranked 30th in the NFL against opposing quarterbacks heading into Week 7 after allowing 1,941 combined yards and 18 touchdowns. Plus, the Saints have four juicy matchups coming up at home against the Falcons, Cowboys, Dolphins, and Panthers. Winston is likely the best quarterback on the waiver wire heading into Week 8.

Considering Lawrence has been pedestrian all season and the Jags were off in Week 7, it’s very possible that Lawrence was dropped in your league. If so, pick the rookie up immediately. There is a reason he was selected with the No. 1 pick of the 2021 NFL Draft. Lawrence and the Jaguars get a cupcake matchup against a banged up Seattle secondary in Week 8.

Watson likely won’t play in 2021, however, there has been some rumors surrounding the controversial playmaker. Many experts are calling for Watson to be traded to Miami or perhaps even Carolina by the November 2 trade deadline. If that happened, he would immediately become the QB1, no matter where he lands. The NFL hasn't yet ruled on his availability because he's been on the Texans' exempt list this whole season. Until the NFL says something, Watson will be eligible to play. Still, something tells me that Roger Goodell does not want to deal with the scandal of seeing Watson suiting up in November following the numerous accusations about his sexual misconduct. Unless you have several open roster spots, I would pass on Watson.

Gainwell is the most obvious pickup of the week. Everyone is going to be bidding on him and claiming him off the wire, especially after Miles Sanders went down in the first quarter of Philly’s Week 7 loss to the Raiders. Gainwell caught a 13-yard touchdown pass prior to Sanders’ injury, and was the workhorse for the rest of the game after Sanders was sidelined. The rookie finished the day with 61 total yards on nine touches and a trip to the end zone. Through seven games, Gainwell has accumulated 223 combined yards, 15 receptions, and three touchdowns. Week 7 wasn’t the rookie’s first productive outing. Don’t forget that he tallied 20+ fantasy points in Week 4. Gainwell should be added in all formats.

Scott is merely a dart throw in the event that the Eagles suffer even more injuries in their backfield and Gainwell goes down. Despite Gainwell being the waiver wire darling of the week, it’s important to note that Gainwell actually had two fewer carries than Boston Scott. And Scott bulldozed his way into the end zone in Week 7. He could be a vulture in goal-line situations.

The Ravens surprisingly were unable to run the ball against Cincinnati, as Joe Burrow and Ja’Marr Chase forced Lamar Jackson to toss the pigskin much more than he would have liked. Freeman drew the start in the wake of Latavius Murray’s injury and scored a touchdown. The journeyman is expected to continue to serve in a timeshare role following Baltimore’s bye week. But if Murray can’t suit up for Week 9, Freeman could be in play.

As previously mentioned, Davante Adams will likely be forced out of Thursday’s primetime matchup against the undefeated Cardinals. This bodes incredibly well for Lazard, who caught five of six passes from Aaron Rodgers and a touchdown. Lazard is the clear-cut WR2 in one of the most dominant offenses in the NFL. Considering the Cardinals are no slouches on offense themselves, this game could be a shootout. Expect Kyler Murray to lead the Cardinals to an early lead, forcing Green Bay to throw the ball to Lazard early and often. Following the short week, Lazard gets three favorable matchups against the Kansas City Chiefs, Seattle Seahawks, and Minnesota Vikings. He’s definitely the top wide receiver on the waiver wire heading into Week 8.

Following the preseason hype, Gage has been incredibly disappointing in 2021. A slow start and ankle injury completely killed his fantasy value, and he was likely dropped in most competitive leagues. Gage returned to action in Week 7 and immediately made an impact, outplaying WR1 Calvin Ridley. Gage caught four balls for 67 yards and a touchdown. He should continue to see at least five targets, as the third option in Atlanta’s pecking order behind Ridley and rookie tight end Kyle Pitts. Gage has flex appeal in in PPR leagues as Atlanta prepares for a Week 8 matchup with a Carolina team that lost 25-3 to the 2-5 New York Giants.

With Antonio Brown missing Week 7 with an ankle issue, Johnson should have been more active in the passing game against the Bears. Tom Brady had no problem beating Chicago with his top two receivers (Mike Evans – 6/76/3 and Chris Godwin – 8/111/1), leading to a minimal day by Johnson (2/16). Tampa has a bye in Week 9, so they may choose to sit Brown for another game. Johnson only makes sense in deep leagues for a team struggling to find a replacement type receiver.

Cobb has struggled in his second stint with the Packers, but with Adams likely out in Week 8 due to COVID, you could certainly do worse than locking in the talented veteran slot receiver at the flex spot against Arizona on Thursday. Plus, as mentioned above about Lazard, the Packers have a very favorable upcoming schedule at the wide receiver position. He’s far from a sure thing, but Cobb has some potential upside with Adams likely sidelined.

For the fourth consecutive week, I’m going to recommend Uzomah. I’m not sure why he isn’t owned in more leagues. He continued his breakout campaign in Week 7 with three receptions for 91 yards and two touchdowns. His a boom or bust option, but I’d be remiss if I didn’t mention him at such a shallow position. Plus, he gets the lowly Jets in Week 8.

This is a long shot, but there just aren’t a lot of talented tight ends on the waiver wire this season, or for that matter, in the entire league. Arnold has seen consistent targets since teaming up with Trevor Lawrence in JAcksonville, and he gets a solid matchup against a Seattle defense that has been abysmal against opposing tight ends in Week 8. Considering Mark Andrews and Darren Waller are each off this week, we have to get a little tricky. Arnold could be the surprising streamer who erupts.

That's a wrap for the top Week 8 waiver wire pickups. Head back next week for another edition! And be sure to purchase a FantasySP subscription to access our Fantasy Assistant, Trade Analyzer, and the rest of our premium products!