If you thought Week 6 was tough with four teams on bye, you must be shaking in your boots as we gear up for Week 7. Some of the top teams are off this week including the Buffalo Bills, Dallas Cowboys, Los Angeles Chargers, Pittsburgh Steelers, Minnesota Vikings, and the Jacksonville Jaguars. All of these teams have fantasy studs so it will be quite difficult to find a streaming replacement, especially if you missed out on the waiver wire.

At the running back position, fantasy owners will need to find a replacement for Zach Moss, Devin Singletary, Ezekiel Elliott, Austin Ekeler, Najee Harris, Dalvin Cook, and James Robinson. That is no easy task. So let’s dive in. Note: If you’re still abiding by the old “start your studs” saying and waiting on some of your preseason darlings to pan out (I’m looking at you, Miles Sanders, Robby Anderson, Brandon Aiyuk and Allen Robinson), it’s time to adjust your expectations. 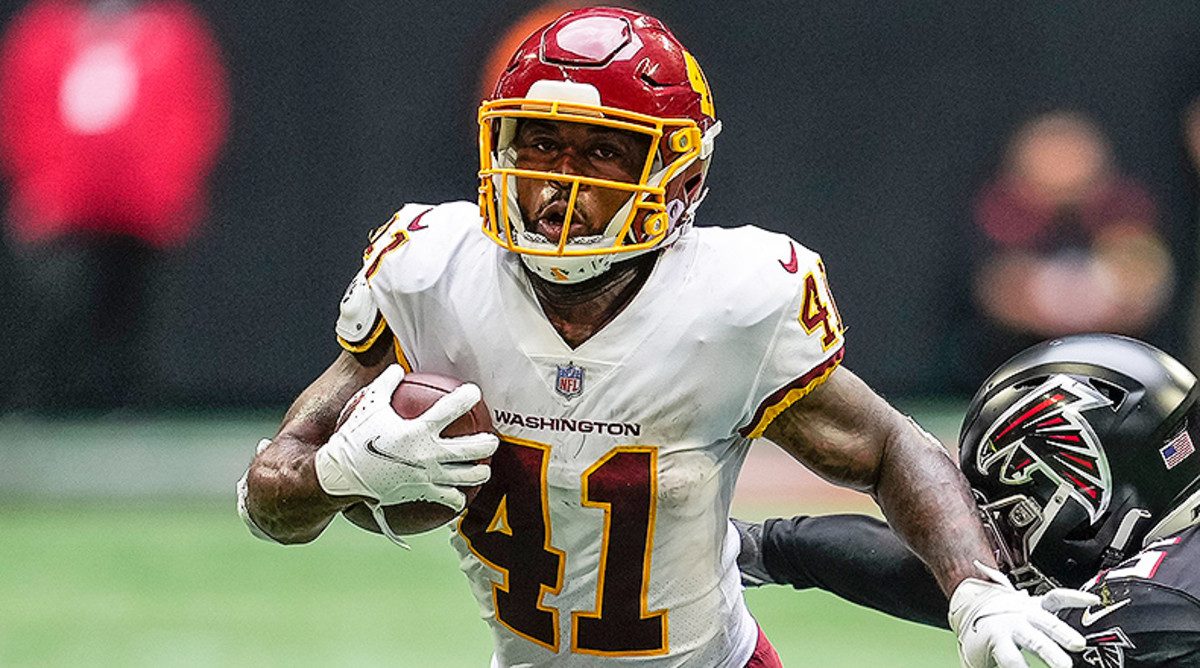 Is it finally Rhamondre SZN? It very well, may be, my friends. Stevenson scored his first touchdown of his career last week and caught three balls out of the backfield for good measure. He’s still stuck behind Damien Harris, but Stevenson seems to be solidifying himself as a valuable second option in the Patriots rushing attack.

I’m not sure if McKissic qualifies as all that sneaky, but I’m going to bend some rules here since I’d mostly be writing about complete dart throws otherwise. McKissic caught eight of TEN targets last week and even carried the ball eight times for good measure. In a week with very few good options, McKissic is shaping up to be a must-start (especially in PPR leagues).

We’re scraping the bottom of the barrel here, but desperate times call for desperate measures. Freeman carried the ball nine times last week and also found the end zone (in addition to seeing two targets), so he’s at least seeing some decent usage in a run-heavy Ravens offense. With Latavius Murray banged up, Freeman could pay off if you’re struggling at the RB spot this week.

If you are absolutely desperate, Booker is an option so long as Saquon Barkley remains sidelined. Booker has produced back-to-back double digit performances and faces a middle-of-the-road Panthers defense. However, Carolina's defense has given up just two touchdowns and the fewest points per game to enemy runners in 2021. If you have another option, use someone else in Week 7.