Week 6 is in the books. Tomorrow we kick off Week 7 with a Thursday Night Football matchup between the Cleveland Browns and the Denver Broncos. As we gear up for Week 7, let’s look at the players fantasy owners are trading and trading for most often. 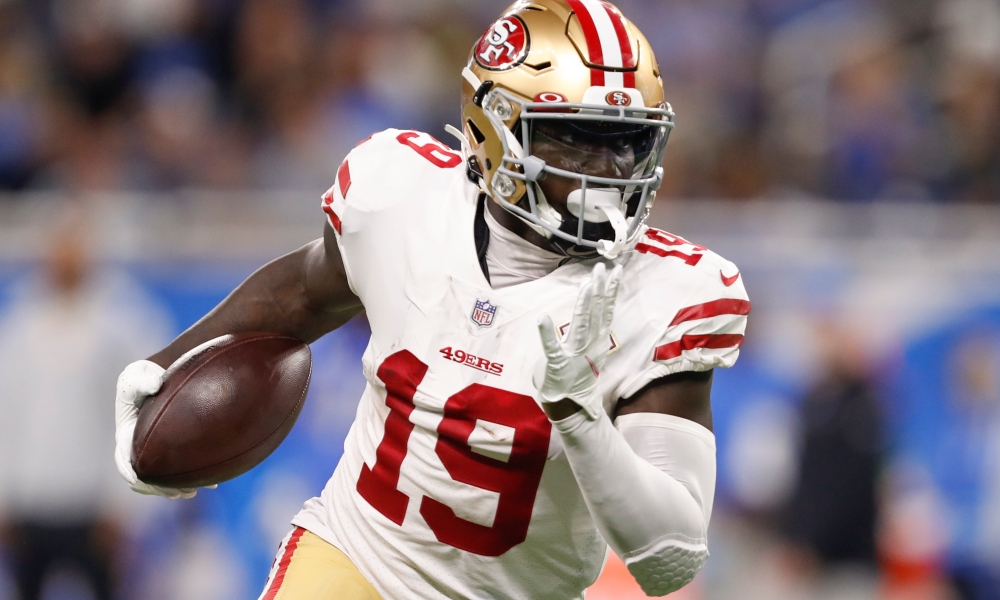 Perhaps because he is coming off his bye week, Deebo Samuel is the player fantasy owners are trading the most heading into Week 7. Samuel has had an incredibly productive 2021 campaign. Through the first five weeks of the season, the playmaking wideout has tallied 31 receptions on 52 targets for 548 yards and three receiving touchdowns. Additionally, he has six carries for 22 yards and another trip to the end zone. He has produced double-digit fantasy points in five straight weeks and is averaging the third-most fantasy points per game in PPR leagues. Considering Samuel was drafted in the middle rounds prior to the season, he is clearly exceeding expectations big time. Although Samuel was not expected to be this elite, five weeks is a pretty solid sample size. With Brandon Ayiuk struggling, I expect Samuel to continue to produce 15+ fantasy points per week. If you are going to trade him, make sure you get a very lethal package in return.

Fantasy owners are starting to get sick of Amari Cooper. Cooper erupted out of the gate, accumulating 13 receptions on 16 targets for 139 yards and two touchdowns in his 2021 debut. Since then, he has only caught more than three passes in a single contest. Coop is sort of a boom-or-bust type of player. He only surpassed 16 fantasy points in the first week of the season. He’s a decent buy-low candidate considering his owners are likely frustrated with his lack of consistency and production.

After failing to score a touchdown through the first four weeks, Courtland Sutton has found the end zone in back-to-back contests. During Denver’s Week 5 matchup in Pittsburgh against the Steelers, Sutton hauled in seven of 11 targets for 120 yards and a score. Then in a home loss to the Raiders in Week 6, he caught eight of 14 targets for 94 yards and a touchdown. Clearly, Sutton is building rapport with quarterback Teddy Bridgewater. While this is a situation that I would usually recommend fantasy owners to sell high, I actually think Sutton is going to build on this chemistry, especially with Jerry Jeudy still sidelined. The Broncos lack offensive firepower and Sutton is the clear-cut top receiving option on offense. If I owned Sutton, I would not be trading him right now.

Chiefs interim running back Darrel Williams is being traded quite a bit ahead of Kansas City’s Week 7 matchup with the Tennessee Titans. With Clyde Edwars-Healire out for the next few weeks, Williams is the RB1 in Patrick Mahomes’ offense. In his first start of the season last week, Williams totaled 62 rushing yards on 21 carries and two touchdowns. He also brought in three receptions for 27 yards on his way to a momentous day. Williams will continue to see the bulk of the workload in the backfield for as long as CEH is sidelined and there will be plenty of opportunities to score in Kansas City’s super-charged offense. He’s a solid RB2 while Edwards-Helaire is sidelined. Fantasy owners can get a ton of value for him right now, so now is the perfect time to pull the trigger on a deal.

Diontae Johnson is another talented wideout who is being traded at a high rate ahead of his Week 7 bye. Johnson has eclipsed double-digit fantasy points in each of the five contests he has played (he sat out Week 3 due to an injury). With JuJu Smith-Schuster out for the remainder of the season, Johnson is poised to have a huge second half of the season, even if Ben Roethlisberger isn’t playing his best football. Johnson is a high-end WR2 heading into his bye week. In five games, he has 34 receptions for 376 yards and two touchdowns.

Emmanuel Sanders has had a much better season than most expected heading into 2021. He isn’t a reception machine, but he’s a great big-play threat and he has trotted into the end zone four times in six weeks. Following a Monday Night Football contest in which he recorded five receptions for 91 yards, Sanders will get a bye in Week 7. Stefon Diggs is obviously still the WR1 in Buffalo, but Josh Allen loves to spread the ball around so Sanders should continue to have a large role in this offense when the Bills return in Week 8. Sanders is a solid WR3 but I’m not sure he is going to be quite as consistent moving forward. He has outperformed the loftiest of expectations and now would be a good time to sell.

James Conner is another player who has exceeded expectations. Considering he is the backup running back behind Chase Edmonds, it’s surprising to see that the former Pittsburgh Steeler has five touchdowns in just six games this season. Conner isn’t getting a ton of usage in the passing game, but he did receive 18 carries in Week 6. Personally, I think the Cardinals are going to try to get Edmonds more involved, which may hurt Conner. Sell Conner heading into Week 7.

Well, that’s it for this week. Check back in ahead of Week 8 to see the biggest movers on the trade market. To access trading predictive analytics, utilize the Fantasy Assistant on FantasySP.