We identified Donovan Peoples-Jones as a top waiver wire pickup last week and he absolutely went off in the Browns’ loss to the Cardinals in Week 6. DPJ caught four passes for 101 yards and two scores. Not every waiver wire pickup is going to dominate like he did, but clearly you can get some solid pieces to add to your fantasy squad off the waiver wire each week.

With six teams on a bye (BUF, LAC, DAL, JAC, PIT, and MIN), you likely need some help at the wide receiver position. Top wideouts such as Stefon Diggs, Keenan Allen, Mike Williams, Amari Cooper, CeeDee Lamb, Diontae Johnson, Justin Jefferson and Adam Thielen are all out this week. So let’s take a look at the top wide receivers on the waiver wire heading into Week 7. 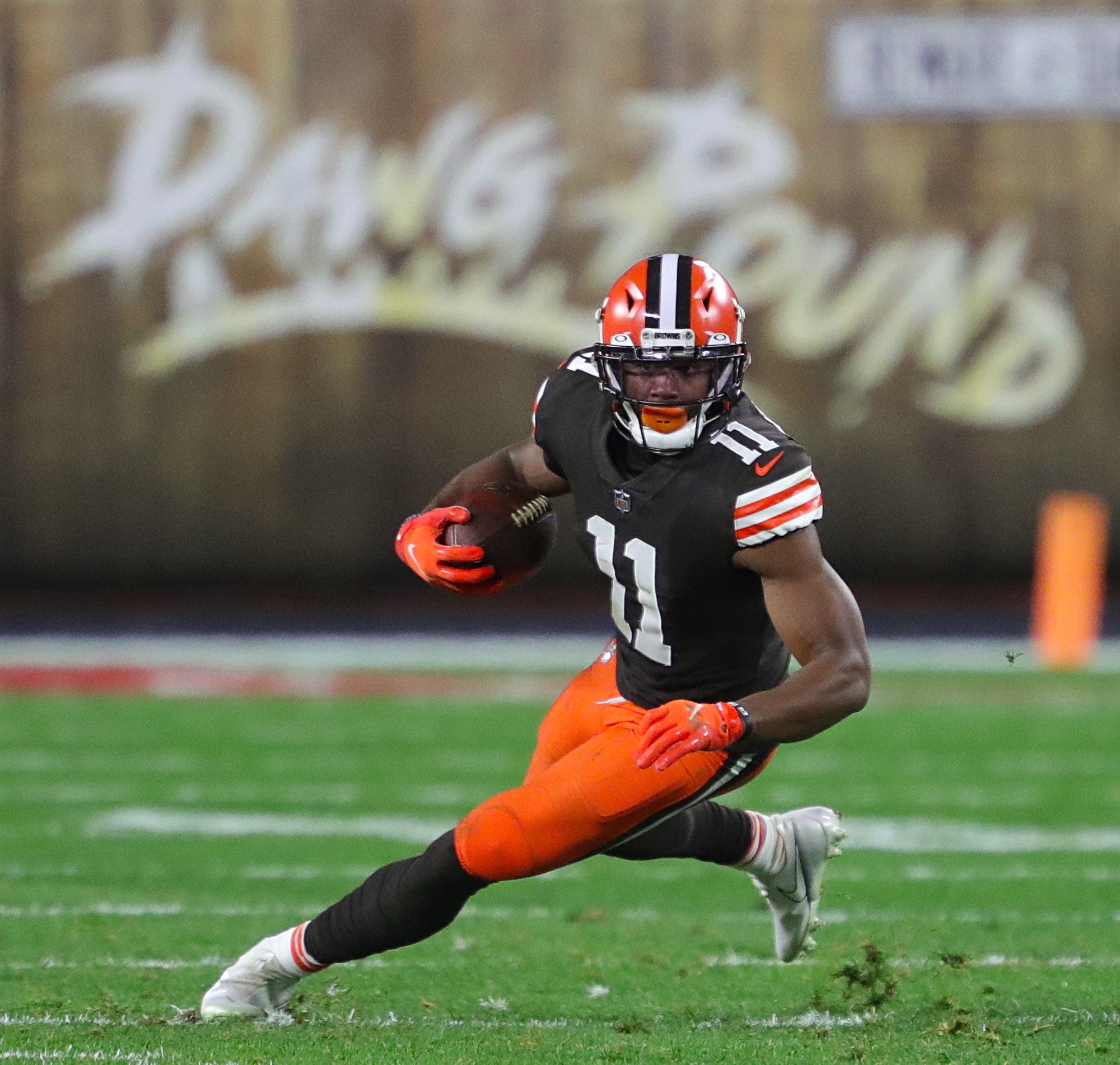 We are going right back to the well after DPJ dominated the Cardinals. Two weeks ago, the explosive wideout caught five passes for 70 yards and yesterday he turned four receptions into 101 yards and two touchdowns. However, there is a chance that Jarvis Landry will return to action on Thursday night. If that’s the case, you may not want to take the chance on Peoples-Jones. But if Landry is still on the sidelines, DPJ will continue to serve as Cleveland’s WR2. Baker Mayfield loves to target.him, which means he is absolutely startable at the flex position.

Patrick was a staple of this column in the early weeks of the season after he scored touchdowns in back-to-back weeks to open the 2021 campaign. Against the Raiders in Week 6, Patrick caught three of five targets for 42 yards and a touchdown. Clearly, Teddy Bridgewater trusts Patrick quite a bit, especially with Jerry Jeudy sidelined. Courtland Sutton and Noah Fant remain the top two targets in Denver, but Patrick is a close third. Against a beatable Browns secondary on Thursday, Patrick could be serviceable.

Hilton made his 2021 debut in Week 6, however, he did have to leave the game early with a quad injury. Still, it seems likely that he will be able to suit up in Week 7, as the injury does not appear to be serious. Hilton looked great in his return, catching all four passes thrown his way for 80 yards. Although Michael Pittman Jr. remains the top option in Indianapolis, Carson Wentz will surely want to keep Hilton involved. He’s a great big-play threat and can easily take the top off of San Francisco’s poor secondary.

Kirk continues to shine despite being the third option in Arizona’s passing game. The slick slot receiver caught five of the eight balls thrown his way for 75 yards and a touchdown in the Cardinals’ blowout of the Cleveland Browns. Since Kyler Murray likes to spread the ball around and Kirk is a big-play threat, it is important to note that he is a boom-or-bust option. He will either come close to producing 20 fantasy points or he will put up a stinker. But if you want to take a gamble, there aren’t many options I’d prefer over Kirk. Against a subpar Houston Texans defense, Kirk could explode in Week 7.

The first-round draft pick made his NFL debut in Baltimore’s Week 6 manhandling of the Los Angeles Chargers. Lamar Jackson barely had to throw the ball since the Ravens were in complete control from start to finish. Baltimore ran the ball a whopping 38 times. Still, Bateman finished with four receptions for 29 yards. Although he’s a risky option in a run-first offense, Bateman could progress and become a great option later in the season. I wouldn’t start him in Week 7, but I would absolutely consider adding him due to the possible late-season production he can give you.