Week 6 began with a bang as Tom Brady and the Tampa Bay Buccaneers narrowly escaped Thursday Night Football with a 28-22 victory over the Philadelphia Eagles. If you had Brady or Jalen Hurts, I certainly hope you started them. This is the first week that team will be on bye weeks. If you have players on the Jets, Falcons, Saints or 49ers, you’ll need to find another option this weekend.

There a plethora of injuries in the NFL (especially at the running back position -- I’m looking at the Chicago Bears’ backfield) so it will be very important to identify the top streaming options on Week 6. We may not be able to pinpoint this week’s Cordarelle Patterson, but we can certainly do our best. 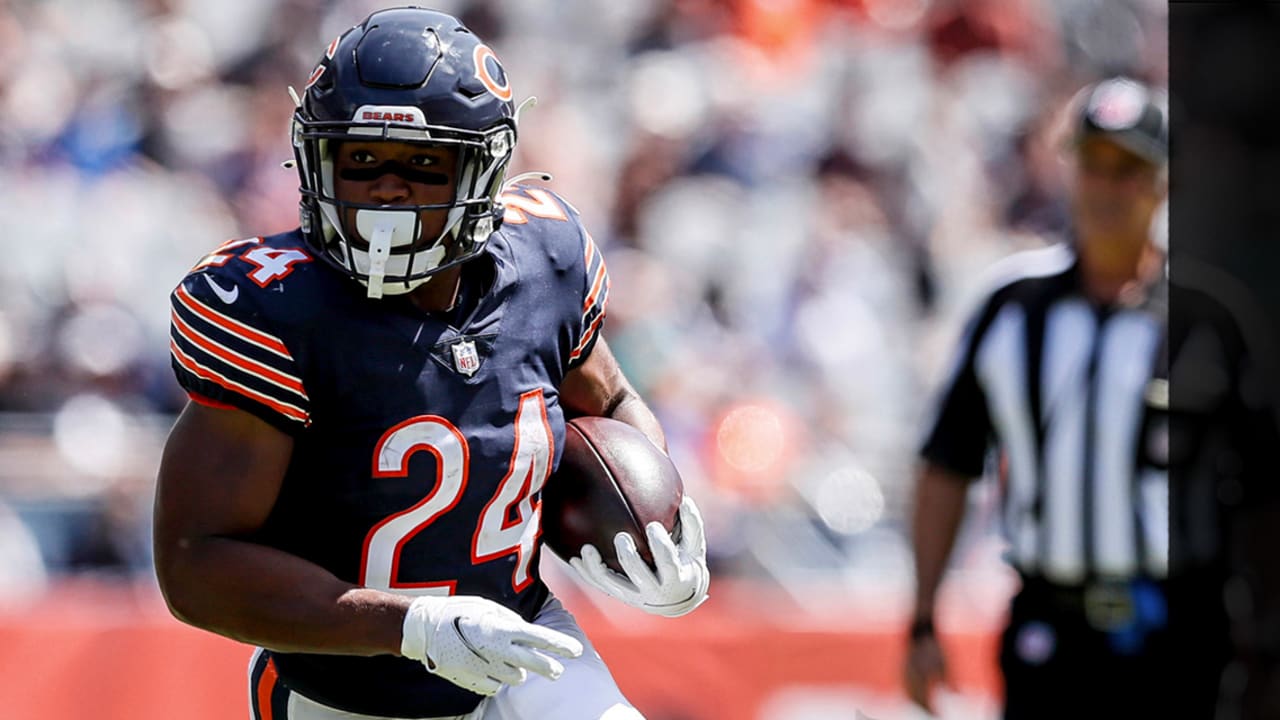 Kansas City’s defense is absolutely atrocious. They were very bad last season and they appear to be even worse in 2021. Despite having Patrick Mahomes and an incredibly skilled offense, the Chiefs are currently 2-3. Plus, Heinicke has been flying under-the-radar ever since he entered the starting lineup for the injured Ryan Fitzpatrick. Heinicke has performed well enough to be the starting quarterback for the rest of the season. He’s missing a few of his receiving options such as tight end Logan Thomas, but Heinicke still has a shot at putting up QB1 numbers in Week 6.

While Wentz isn’t the same player who was three games away from running away with the MVP award in 2017, I feel like people are sleeping on him a bit. He’s coming off a monster game in which he threw for 402 yards and could get T.Y. Hilton back this week. A cake matchup against a bad Texans defense doesn’t hurt either.

The No. 1 pick of the 2021 NFL Draft has been up and down through the first five games of his career. He has been a bit of a rollercoaster ride this season, but he’s seemingly righted the ship over the last two weeks. Lawrence faces a Dolphins defense that has been very weak against opposing quarterbacks. Look for the rookie to produce top-15 numbers in Week 6.

With David Montgomery on IR and Damien Williams dealing with COVID-19, rookie running back Khalil Herbert is poised to take on the lion’s share of carries in Week 6. Herbert actually saw 18 carriers last week, but was still behind Williams on the depth chart. Now, the rookie has nobody battling him for touches. He gets a solid matchup against a mediocre Green Bay Packers defense. The game flow may not be in Herbert’s favor, but considering the injuries Chicago is dealing with, it’s hard to envision a scenario in which Herbert does not see at least 15 touches. He’s absolutely worthy of a spot in your starting lineup.

The rookie has re-emerged from Bill Belichick’s doghouse and should see a decent amount of work this week with Damien Harris banged up. Harris also lost a fumble at the goal line last week, which we all know is the first way to piss off Belichick. Stevenson is very much limited to being a play in deep leagues, but he’s still worth a look if you’re desperate this week. He’s not the best pass-catching back, but he’s great in short-yardage situations and will probably be utilized at the goal line. I expect him to score a touchdown in Week 6.

Do not start Evans unless you are in a very deep league. That said, Evans has a chance at seeing a decent amount of work as Joe Mixon is still limited and Samaje Perine was placed on the COVID-reserve list. Evans could see more action that he’s seen to date, especially in the passing game. As long as Mixon is still on the injury report, Evans will see 8-10 touches in Week 6.

St. Brown seems to be developing solid chemistry with quarterback Jared Goff. Over the last two weeks, the rookies has caught 13 of the 16 balls thrown his way. He appears to have leapfrogged to the top of the Lions’ wide receiver depth chart. We all know that fantasy football is all about opportunities and St. Brown should continue to see tons of looks as the Lions will be playing from behind. The Bengals are also a pretty ineffective defense. They allowed over 200 yards to Davanate Adams last week. St. Brown isn’t Adams, but they are both the WR1 for their respective teams. Don’t be surprised if St. Brown pops up for six receptions and 100+ yards.

Patrick is a player who doesn’t get the love he deserves. Behind Courtland Sutton, he is Denver’s top receiver. He saw a season-high nine targets against the Steelers last week and managed to produce an admirable seven receptions for 89 yards. This week, he gets a poor Raiders secondary that is dealing with a massive coaching scandal. Look for Patrick to capitalize in Week 6.

Once again, this is a disclaimer not to play Carter unless you are in a very deep league. That said, with Logan Thomas and Curtis Samuel sidelined, Carter will assume WR2 duties in Washington. Last week, Carter caught four of eight targets for 62 yards. This week, he has a very juicy matchup against a Chiefs secondary that has been absolutely torched. If you are desperate at the wide receiver position, you can certainly do worse than Carter.

Seals-Jones was the cheap DFS chalk last week, and he paid off. Filling in for Logan Thomas, Seals-Jones saw eight targets and put up a very respectable 5-41 line (which included two red zone targets). He also has a great matchup against a Chiefs defense that just got torched by Mark Andrews.

The Jaguars have resorted to throwing the ball to Tavon Austin at this point, so Arnold figures to play a large role in their offense. He saw eight targets and caught six balls for 64 yards last week, and should see a similarly heavy workload against a Dolphins defense that has been a favorable matchup for opposing tight ends.

Considering the tight end position is so thin, that is it for this week. I wish you all the best of luck in Week 6, and I’ll see you back here next week to see if we can find some hidden gems for Week 7!