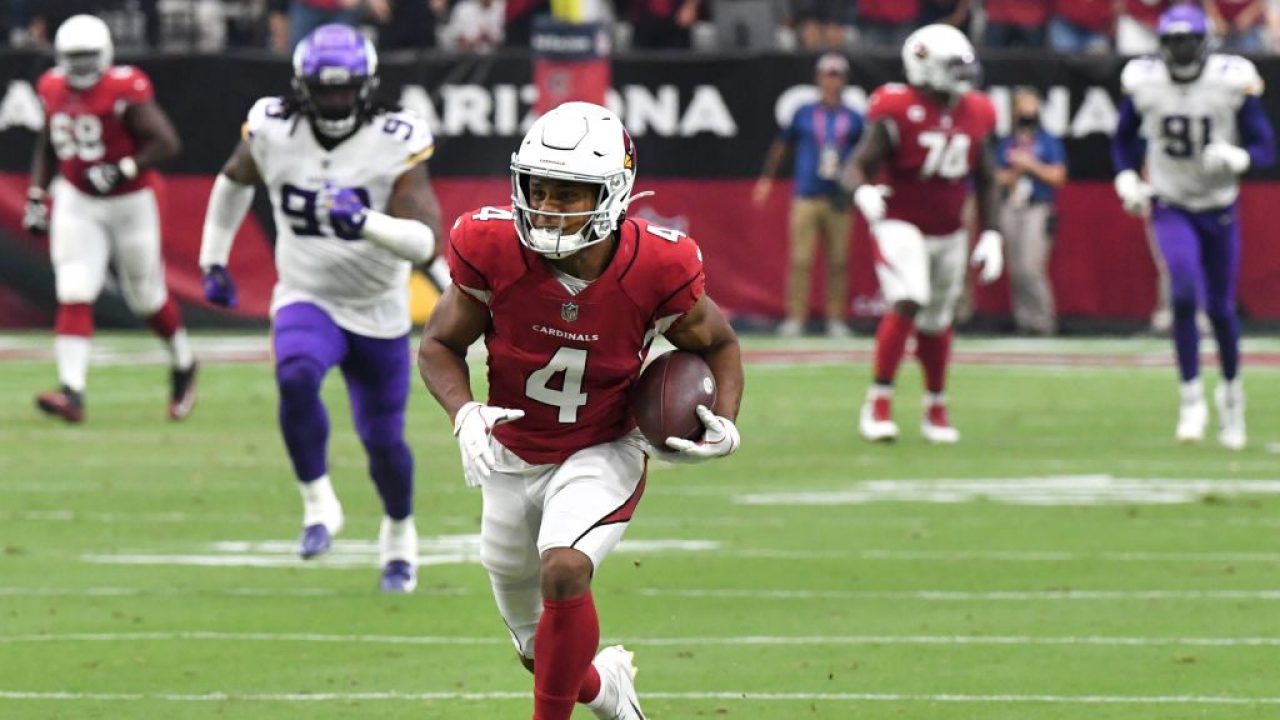 So with that, let’s take a look at the top wide receivers to target this week on the waiver wire.

Moore is unowned in over 60% of fantasy leagues. That is absolutely crazy! After catching a 70-yard bomb from Kyler Murray, the rookie is going to be owned in just about every league. He’s worth spending a decent chunk of change on with your free agent acquisition budget. Predictive analytics is telling us that it will take approximately 12% of your budget to acquire the electrifying rookie. That’s a hefty price, but well worth it. Moore is an absolute must pickup!

Mooney should be owned in almost all leagues but if he isn’t, go grab him now! Justin Fields becoming the quarterback is the best thing to happen to Mooney. Mooney is a huge downfield threat, yet he is also a solid possession receiver. I wouldn’t be surprised if Mooney challenges Allen Robinson for the most targets on the Bears.

Osborn is only behind Justin Jefferson and Adam Thielen in Kirk Cousins’ pecking order. Osborn isn’t always going to catch five passes for 91 yards and a touchdown, however, the youngster has already accumulated 12 catches on 16 targets for 167 yards and a score. With the right game script, Osborn will see plenty of targets on a weekly basis. Cousins seems to trust Osborn already. After being nobody anyone had ever heard of prior to this season, Osborn is ready to make a name for himself.

Patrick was high on the list last week after stepping in for an injured Jerry Jeudy and catching a touchdown. He’s not a league-winner but he is very dependable as a PPR flex option.

Pascal has really taken advantage of TY Hilton's injury to cement his role in the Colts’ offense. Paris Campbell is once again injured and Pascal has flashed over the first two games of the season. However, if Carson Wentz is hurt, that significantly devalues the wideout. So monitor the news on FantasySP.

Watkins won’t be a huge target monster, but he could make one or two big plays per game. I guess that isn’t so bold considering he caught a 91-yard bomb from Jalen Hurts in Week 2.

Peoples-Jones is the WR3 on Cleveland’s depth chart after Odell Beckham and Jarvis Landry. However, now Landry is out for a few weeks and Beckham has yet to play his first game of the season. Even if Beckham suits up for Week 3’s contest against the Bears, he will likely be on a snap count. In comes DPJ, who should make things a bit easier on Baker Mayfield. Peoples-Jones has great size and speed, and he could be a significant red-zone threat.

Although Crowder is way too talented to be on the waiver wire, he probably is in a lot of leagues since he has yet to see the field. The Jets have no real weapons at the wide receiver position outside of Corey Davis. Sure, Elijah Moore is decent. But Braxton Barrios is nothing special. Crowder is a solid route runner and should help Zach Wilson progress after Week 2’s shellacking from the Patriots.