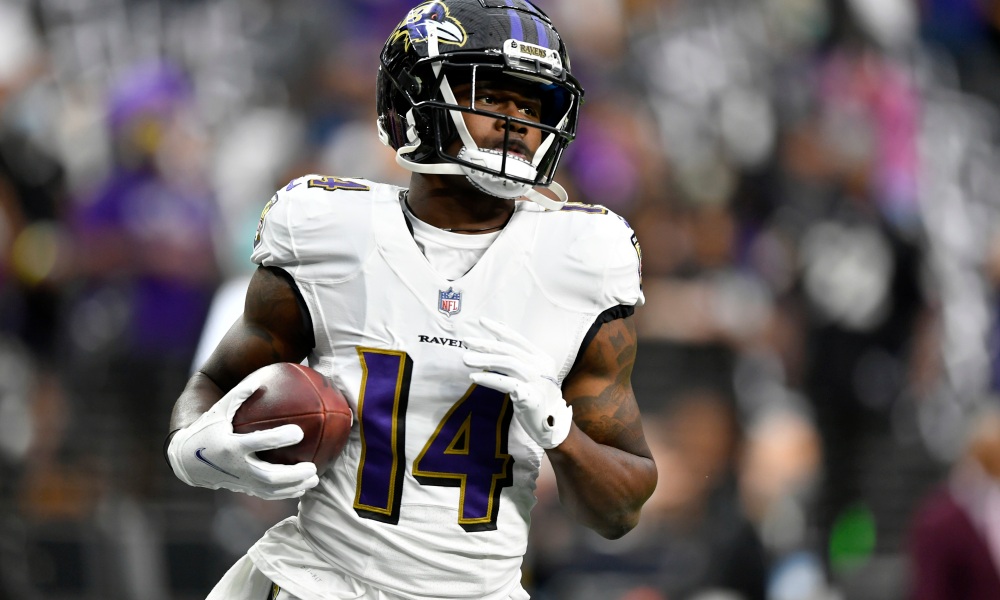 Agholor may have slippery hands but he’s also a great route runner. He isn’t the punchline he’s become over pretty much his entire career. While I still think he’s the third option for Mac Jones behind Jonnu Smith and Jakobi Meyers, he’s also Jones’ best big-play option and put up a solid line last week (five catches for 72 yards and a touchdown).

Beasley saw a massive 13 targets last week and produced eight catches for 60 yards. Gabriel Davis and Emmanuel Sanders loom as players who could jump in line ahead of Beasley behind Stefon Diggs, but you absolutely have to start anyone coming off a game where he saw a 25% target share. Until Beasley slows down, keep firing him up.

Watkins had his annual Week 1 coming-out party against the Raiders last week with four catches (on eight targets) for 96 yards. Will he keep it up all season? Probably not. But it’s worth betting he can for at least another week if you’re desperate for a wide receiver to stream. Don’t forget that the Ravens have some of the worst receivers in the league with rookie Rashod Bateman still hurt and Marquise Brown as the top option along with tight end Mark Andrews. Watkins could easily turn out to be the true WR1 in this offense. Doubtful, but possible.

It’s honestly a coin-flip between Patrick and K.J. Hamler to see who will pick up Jerry Jeudy’s slack while he’s out, but I’m going with Patrick since he’s typically been the guy the Broncos have turned to in situations like this. It also doesn’t hurt that he’s the one of those two who found the end zone last week.

Although the rookie was outshined by DeAndre Hopkins and Christian Kirk, Moore was pretty solid himself, producing four catche sfor 68 yards. Topping double-digit fantasy points in your first-ever NFL game as the Cardinals’ WR3 is no easy feat. However, Kyler Murray proved in Week 1 that he is absolutely the real deal. These two have already developed chemistry and Moore is going to be a pretty consistent source of volume all season considering I believe that the Cardinals’ running game leaves a lot to be desired.