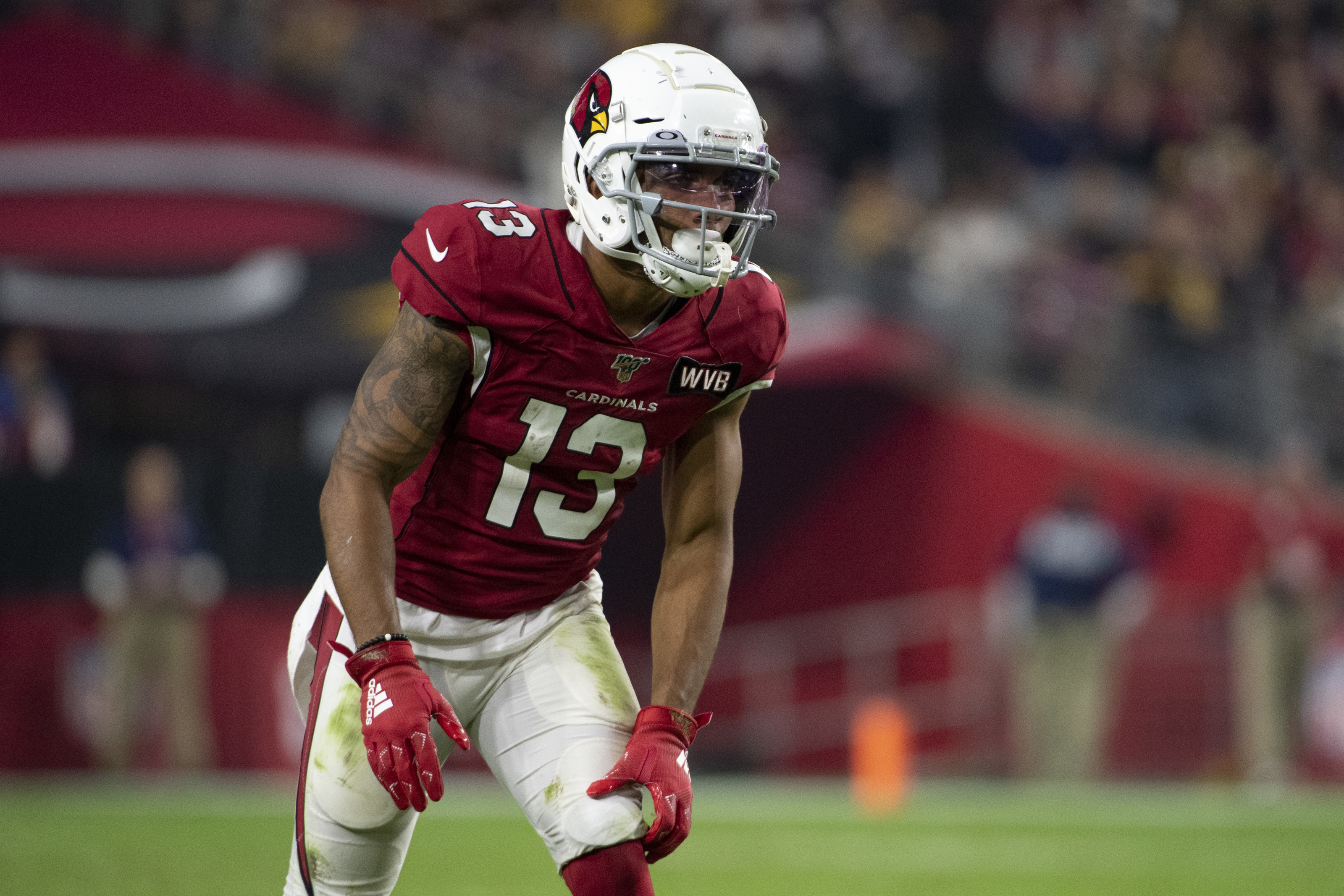 We need to rethink what Christian Kirk’s role will be on this revamped Cardinals’ offense. Kirk made a beautiful basket catch of a pass by Kyler Murray. Kirk is the forgotten receiver for the team, and he still looks like he has a major role in the offense.

With Michael Gallup out for the next month or so, expect to see Wilson be one of the Cowboys starters. He's a very underrated receiver who could be a starter for most other teams. I like him a lot as an under-the-radar pickup. Last year, he managed to even throw a touchdown pass when I added him as a bye week streamer. Wilson has the skills to contribute in a variety of ways.

Unfortunately, Edwards couldn’t stay healthy and never found his way into a steady diet of snaps for the Raiders last season. I jumped back on the bandwagon in high stakes again this season, and it looks like it will pay off nicely. Derek Carr continually refers to Edwards in the same breath as a young Davante Adams. That tells me everything I need to know.

If you wonder who the third receiver is for Minnesota, it is K.J. Osborn. He saw a lot of targets and looks to be a focal point of this offense. The Vikings don't have that many receivers, so you know that he will see six to seven targets per game.

I'm a big fan of Patrick. He's not the flashiest receiver nor the fastest, but he's reliable. That is an essential quality to have, especially in a Teddy Bridgewater-led offense.

Jefferson caught a big touchdown pass in Sunday night's game against the Bears. He is most likely the third receiver for the Rams, but I think he will get more targets than ever before.

Amendola runs great routes and is very dependable. If the Texans are playing catch up, I could definitely see five or six targets going his way each week.

The Seahawks drafted Eskridge early in this past year's draft, and it looks like he will definitely have a role in their offense. He's blazing fast, and if anything should happen to Lockett or Metcalf, he certainly could be a breakout type player.

Never underestimate the power of the Schwartz. All kidding aside, Schwartz looked very fast, and the Browns could use him to take the top off the Chiefs’ defense a few times. Think of him like a Will Fuller-type, hopefully without the injuries.

I have to give it to my old colleague at Sports Illustrated, Steve Renner, who always told everybody how much he liked Harris. Harris made a big play against the Packers, and he's capable of making one or two each week.

Hamler dropped an easy catch in the end zone yesterday, and hopefully, Teddy Bridgewater won't hold that against him. He is a speedy receiver who does have weak hands, but he knows how to get open.

Slayton feels like the forgotten man in the Giants offense especially now that Kenny Golladay is in town. He still has excellent speed and will see the other team's worse cornerback, so there may be some value for him in the deepest of leagues.