Week 1 is upon us, which means it is time for our Start / Sit article. Be sure to use FantasySP’s Start / Sit Tool to help you make the most informed decisions in the industry. You know to start your studs each week, no matter what. But what about those flex players? What about those WR3’s? Let’s dive in. 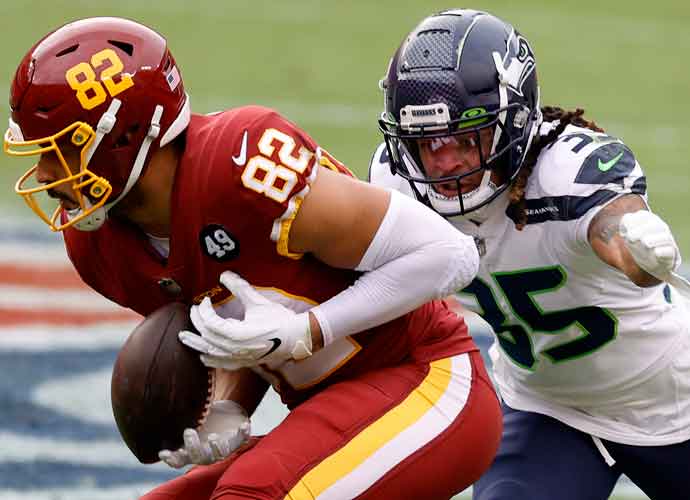 It’s hard to imagine a better matchup for a QB entering his first full season as the starter. The Philly offensive arsenal isn’t elite, but Hurts has enough around him to be dangerous. Atlanta’s secondary was among the worst in the league in 2020. While there are many new names in their defensive backfield, the results figure to be the same. Atlanta allowed the most fantasy points to the quarterback position in 2020, including top-10 finishes in rushing yards and rushing TDs to the position. In his four starts, Hurts showed out in games against Dallas and Arizona, tallying over 400 yards combined. It’s clear he feasts on bad defenses, and there aren’t many worse than the Falcons.

We know Tennessee’s offense runs through Derrick Henry, but Tannehill makes for a nice play against Arizona. In 26 starts as a Titan, Tannehill has a 55-13 TD/INT ratio, so he won’t hurt you in leagues that penalize picks. Julio Jones and A.J. Brown have dealt with some injuries this preseason, but both should be ready to go in Week 1. Arizona will be without Malcolm Butler at cornerback and will be rolling out sixth-round rookie Tay Gowan, and Robert Alford, who hasn’t played an NFL snap since 2018. Budda Baker will still be roaming the secondary, but he can’t cover everyone. Tannehill figures to be a steady play that could bring a sizeable point total.

I think Tua has the skills to be a better-than-average quarterback in this league. He has weapons around him this year that he lacked in 2020. So what’s the problem in Week 1? He draws the Patriots on the road. Even against a Pats defense that wasn’t at it’s finest in 2020, Tua was able to muster only 145 yards passing and an interception, along with just nine rushing yards despite going 20 for 26. New England reloaded the roster with its biggest addition being Matthew Judon on the defensive side of the ball. Judon has been reported to be the best player in Patriots camp this preseason and should pay immediate dividends. Tua has less than a season under his belt as the starter, so expect growing pains.

Last year’s waiver wire gem draws a great matchup right out of the gate. In 14 starts last season, Robinson ran for 1,070 yards and seven touchdowns. His ability to catch the ball was forgotten about a bit with Jacksonville adding Travis Etienne in the draft. As we know, Etienne is no longer in the picture for 2020 due to injury. Robinson was targeted 60 times in the passing game and hauled in 49 receptions. He is a true three-down back who will work early and often alongside rookie QB Trevor Lawrence. Houston’s defensive unit shapes up to be the worst in the NFL. They lost J.J. Watt from a unit that was able to force just nine turnovers and wasn’t able to add much in the way of playmakers. Oh yeah, they were also the most fantasy-friendly defense to opposing running backs in 2020. Robinson figures to be one of the biggest no-brainer starts of Week 1.

The only thing that holds Mostert back is his health. For his career, the former Purdue Boilermaker averages 5.6 YPC and is a big-play threat on every touch. Don’t expect a ton of volume here, but you should expect enough him to do damage. Rookie Trey Sermon will factor in and is a nice deep-league play. However, I see this game getting away from Detroit quickly, and San Francisco should be able to run the ball after they build a lead. That means a ton of touches for Mostert. The Lions did little to improve an already porous defense heading into 2021. In 2020, the unit ranked second only to Houston in fantasy points per game allowed to the running back position. There is little reason to believe they won’t be just as kind to fantasy running backs in 2021.

Carson is a great running back but he begins the season with a tough matchup against the Colts. The Colts sport arguably the best front eight in the league featuring Darius Leonard and DeForest Buckner. In 2020, the unit allowed 3.7 YPC, good for second best in the league. They didn’t allow a rush over 40 yards and gave up just four over 20 yards. Carson will get opportunities but this gamescript calls for Russell Wilson to let it fly.  With his ADP sitting at RB16, it may be tough to have other options, but if you do, Carson may be worth a sit in Week 1.

Usually, I stay away from rookie wideouts in seasonal leagues, especially in Week 1. However, this matchup is too good to pass on. In addition to allowing the most fantasy points to QBs, Atlanta allowed the most fantasy points to wide receivers as well. Smith slots into a starting role beside Jalen Reagor. The Eagles have one of the easier schedules for wide receivers this season, so there will be a few times when you see Eagles in this column. Atlanta allowed 11.6 YPC last season and gave up 34 touchdowns receiving. Smith is going to be inconsistent as a rookie, but there will be plenty of big plays to be had. Expect him to come on the scene with a bang in Week 1.

Excluding his rookie season, and a 2019 season with the Rams, Cooks has done nothing but produce at a friendly cost for fantasy owners. Outside of those two seasons, he has not been targeted less than 114 times in any season. He’s also gone over 1,000 receiving in those same seasons. The 1,000 yards could be difficult to come by this year, but he will be targeted often in Houston, mainly by default. While Jacksonville isn’t the worst defense in the league, they shape up to be near the bottom of the league in 2021. Last season, they allowed nearly 12 yards per catch and gave up 52 receptions over 20 yards. TyRod Taylor is no Deshaun Watson, but he’s good enough to get the ball to Cooks enough for him to have a big week.

The Chargers head cross country to Washington to open the season. While you won’t have the luxury of sitting Justin Herbert, Austin Ekeler or Keenan Allen, Williams could be left on your bench this week. Washington has a defensive unit that shakes out to be downright scary in the front seven. Even though the secondary isn’t as scary, I don’t see a ton of opportunity for Williams in the passing game. Despite being a freak athlete, Williams has been able to haul in just 57.4% of his targets since his rookie season. He also can’t ever seem to stay healthy for an entire season. If you look up WFT pass defense rankings from last season, they are at the top or near it in almost every category, including allowing the fewest pass yards in the league.

The Chargers’ defense on a cross-country trip makes for a great matchup for Thomas. While they weren’t awful against the tight end in 2020, the Chargers were in the bottom half of the league in allowing fantasy points to the position and allowed 10 touchdowns. Thomas comes off a season in which he saw 110 targets with spotty QB play, hauling in 72 receptions with six scores. With Ryan Fitzpatrick in town, Thomas is poised to see a ton of targets. He will dominate in Week 1.

Poor Atlanta. They are going to be picked on early and often this season and for good reason. They are near the top of fantasy points allowed for each position. Although Zach Ertz remains in Philly, Goedert is the new sheriff in town when it comes to the starter at the tight end position. Outside of the rookie DeVonta Smith, Goedert is in line for a breakout week against the Dirty Birds.

Gesicki gets a much improved Patriots defense. In 2020, Gesicki missed one of the two matchups against New England, and only produced 3 receptions for 30 yards in the game he was able to suit up for. I look for his line to be very similar to that in Week 1. The Patriots were among the best against the position last season and allowed only three touchdowns to the tight end all year. It doesn’t look promising for the ‘Fins tight end.

Start of the Week: Denver Broncos

Denver is loaded on this side of the ball. They can rush the passer, they can cover, they can do it all.  As if you didn’t like them enough, in Week 1, they get Danny Dimes and the Giants offense. With Saquon Barkley coming off a major injury, Evan Engram ruled out and Kenny Golladay already battling injury and saying publicly the offense may “start slow,” it appears the Giants could be in for a long day. There’s still time for Daniel Jones to figure out the position, but he’s coming off a season where he regressed in his second season. This game has a very low implied total so don’t expect the Ginats to light up the score board.

Prater heads to Arizona after his final season in Detroit was a down one for the former Pro Bowler. He joins an offense that figures to put up points in bunches and will be able to get him into field goal range. Prater has hit at least six field goals from 50 or more yards four out of the last five seasons. For what it’s worth, he’s also a perfect 10 for 10 in his career against Tennessee.