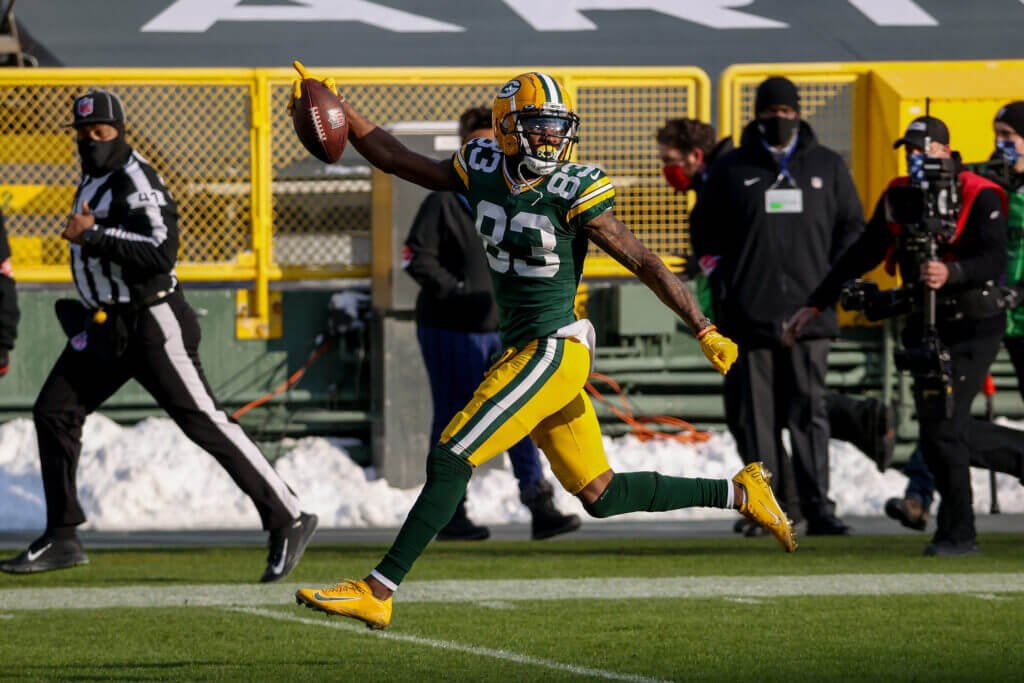 I could spend a lot of time writing about how disappointing MVS has been, but I’ll choose to spend our time here writing about how much Aaron Rodgers has been raving about him leading up to the season. Valdes-Scantling has shown flashes over the last couple of years. He’s most definitely worth a flier if you’re desperate. Not every target can go to Davante Adams. MVS will have to pull his weight if he wants to remain the WR2 in Green Bay. Against a Saints team thata has Marshon Lattimore at the cornerback position, MVS may be left open more often than not. Plug him into your lineup if you need a receiver in Week 1.

Someone has to catch the ball in Detroit, right? The 49ers are never an easy matchup but we could have a nice convergence of volume combined with game-script here. I like Amon-Ra St. Brown too, but I think it will take a bit of time before he and Jared Goff get onto the same page. It takes time to develop chemistry in the NFL. The Lions will most likely be throwing a lot so Williams could very easily see 8-10 targets this week.

Seeing Watkins in your starting lineup might cause many jaded fantasy owners to curl up into the fetal position, Watkins will be one of the Ravens' top-three pass-catching options this week. Marquise “Hollywood” Brown is the top option along with tight end Mark Andrews. And with Rashod Bateman injured, Watkins is the WR2 in this offense. He also has the added benefit of facing an atrocious Raiders secondary. Plus, Baltimore’s ground-and-pound offense took a massive hit with J.K. Dobbins, Gus Edwards and Justice Hill all suffering season-ending injuries. The Ravens are going to be forced to toss the pigskin even if they don’t want to. Look for Lamar Jackson to find Watkins in the end zone in Week 1. Watkins seems to start seasons off on a strong note.