Sleeper Wide Receivers To Target During Your Fantasy Football Draft

Identifying sleepers is all about finding value. It is okay to reach a bit higher than a player’s ADP if you trust that the player will outperform expectation and consensus projections. Let’s take a look at a few wideouts who could help you dominate this fantasy season. 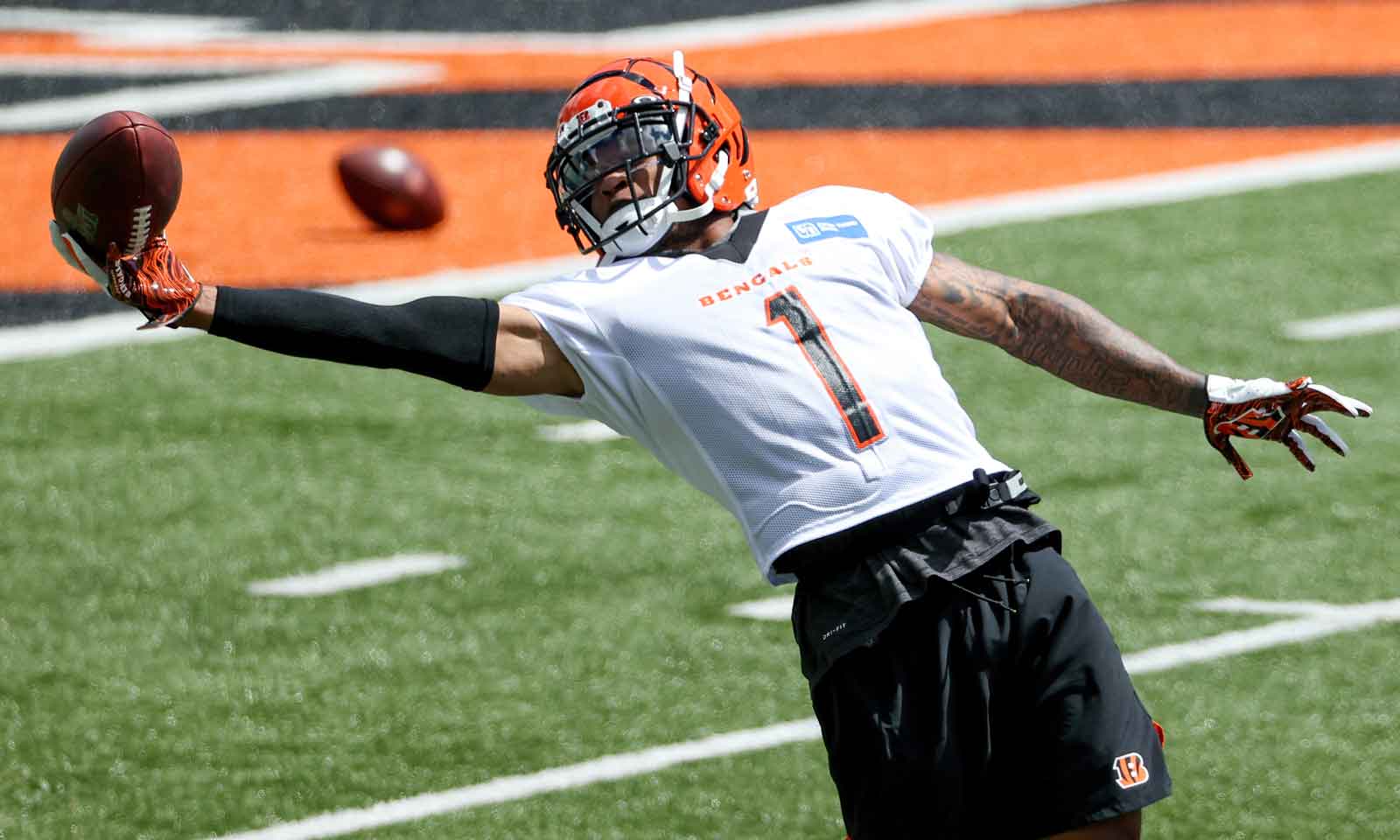 The last time Ja’Marr Chase played organized football was before the pandemic, way back in 2019 when he and Joe Burrow won the National Championship at LSU. During that season, Chase caught 84 balls for 1,784 yards and an obscene 20 receiving touchdowns while averaging 21.2 yards per catch in the SEC. He absolutely dominated in the National Championship against Clemson with nine catches for 122 yards and two trips to the end zone. His blazing speed will help stretch the field if Burrow can get time to stand in the pocket.

Head coach Zac Taylor has orchestrated three-WR offenses effectively before with the Rams and seems to bring a sense of balance to what he is trying to accomplish, which is to make it impossible for defenses to key in on a single wideout. Chase will begin the season as the WR1 in Cincinnati’s offense, considering the baked-in rapport he has with his quarterback. NFL defenses will have to adjust to this duo right out of the gate. Plain and simple, Chase is one of a handful of players that has a legitimate chance at winning the Offensive Rookie of the Year award.

Everybody knows about Johnson’s issues with dropped balls last year, but his talent was evident when he had the ball in his hands as he led the Steelers in targets (144), yards (923) and yards per game (61.5). Production should increase even more this season since he has had more time to work with Ben Roethlisberger on timing and chemistry, but also because Pittsburgh’s running game and offensive line, along with the addition of rookie tight end Pat Freiermuth, will allow Johnson to serve more as a true receiver, and not just an extension of the run game. Johnson has breakaway speed and if Roethlisberger is given some time, Johnson will be key in their deep passing game. He is a solid WR2 whose upside might push him into the top-10 receivers if things break his way. If JuJu Smith-Schuster or Chase Claypool suffer an injury, Johnson could be one of the biggest steals of the draft.

Taken in the first round with the No. 27 pick, Bateman will make an immediate impact for the Ravens. He is already in the rotation and the competition is on with Miles Boykin and Devin Duvernay for the WR3 role on the depth chart. If his sophomore season with Minnesota is any indication, he’s ready. The 6’2”, 210-lb. receiver caught 60 passes for an amazing 1,219 receiving yards. Plus, he averaged 20.3 yards per reception. And in those 13 games, he found the end zone 11 times. He should absolutely be considered in any Keeper or Dynasty leagues and you could do worse with one of your late-round selections. A handful of targets per game will produce 40+ catches on the season. Fantasy owners should consider taking a flier on the rookie in the later rounds on draft day.

Slayton was a rookie sensation for the Giants but really struggled in his sophomore season. Now he is entering his third year in the NFL when receivers tend to blossom. As a rookie, Slayton hauled in 48 receptions for 740 yards and 8 touchdowns in 14 games (and only started nine games). He averaged 12.1 points per game in PPR leagues.

Although the Giants added several playmakers this offseason, increasing Slayton’s competition for targets, this actually benefits the third-year wideout. Last year, Slayton was lining up against opposing teams’ top cornerbacks. This year, the arrival of Golladay will draw a lot of attention from defenses, making it much easier for Slayton to create some space.

Even in a down year last season, Slayton played well against weak secondaries. He dominated the Cowboys in Week 5 with eight receptions for 129 yards. Against the Eagles in Week 10, he hauled in five passes for 93 yards. Slayton even showcased his talent against a good secondary in Week 1 against the Steelers, recording six receptions for 102 yards and two trips to the end zone.

Clearly, Slayton has the talent and ability to be a secondary option for the Giants. He will have to beat out Shepard and Engram for targets, and I fully expect that to happen. I’m predicting 65 receptions for 900 yards and six to eight touchdowns. If he comes anywhere close to those numbers, he will easily exceed his ADP value.