Sleeper Running Backs To Target During Your Fantasy Draft

Everybody loves a sleeper running back in fantasy football. Since the quarterback and wide receiver position are so deep, running backs are what will win determine many fantasy championship in 2021. Surprisingly, three of the following four running backs are rookies. Many owners shy away from drafting a rookie as their RB2 but those people seem to be forgetting what we learned from Saquon Barkley, Ezekiel Elliott and most recently Jonathan Taylor and James Robinson just last year. Let's dive into 2021's sleeper RBs. 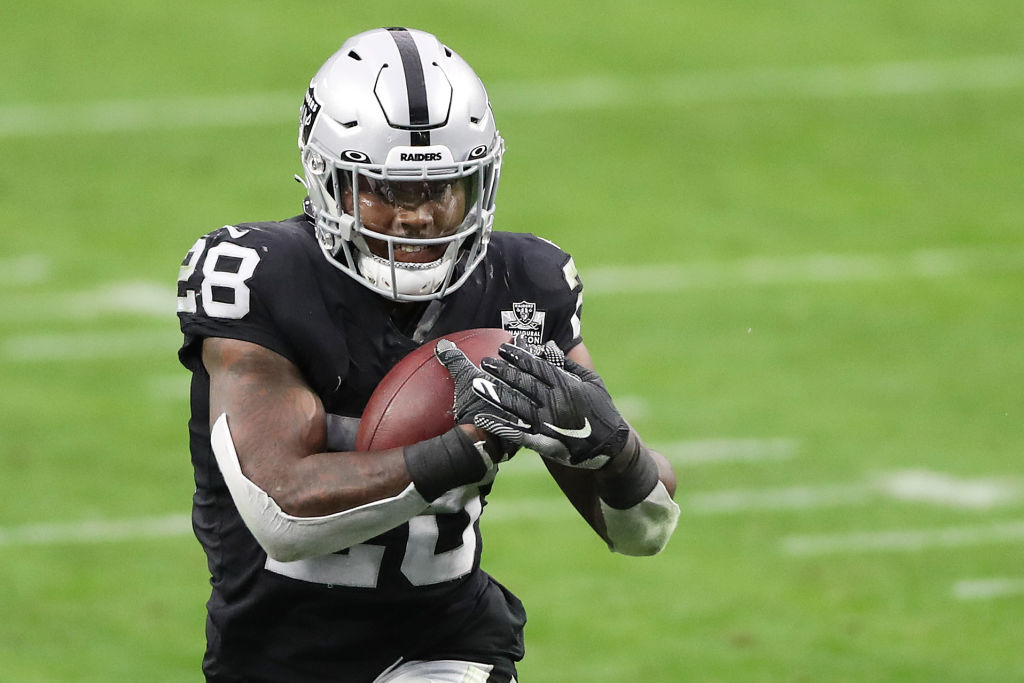 The 23-year-old is entering his third NFL season and is coming off back-to-back 1,000-yard campaigns. The addition of Kenyan Drake this offseason is being viewed as a threat to Jacobs’ workload in 2021 and has dramatically impacted his ADP. While Drake has the potential to eat into Jacobs’ carries an incremental amount, it's really Jacobs' role in the passing game that is at risk. Head coach John Gruden has made it abundantly clear that he views Drake as a receiving threat, putting Jacobs’ 33 receptions and 238 receiving yards in jeopardy this year. Jacobs has the skills and opportunity to finish this year as a fringe RB1, making his current ADP of 44.6 (RB23) a bargain too good to pass up. Yes, he may not catch as many passes but Jacobs still is a very capable back who is being slept on. And if you are not playing in a PPR format, don't worry about the lack of receptions. He will make up for it on the ground.

Williams, the No. 35 pick this year, was some analysts’ top-rated player at running back heading into the 2021 NFL Draft. He’s a punishing runner with good balance, tackle-breaking ability and a nose for the end zone. Although Melvin Gordon will start the year as the starter, Williams will usurp him by the midway point. The cream always rises to the top. Gordon may be a safe RB2 or flex player for the first few weeks of the season, however, if he goes down with an injury or struggles to find space behind Denver’s offensive line, Williams could earn 15 touches per game. Gordon also has a history of getting stuffed on third-and-short and goal-to-go situations, which means Williams could be one of the biggest touchdown vultures this season. Williams has tremendous upside and the late-round risk is well worth the potential third-round value you could get out of the rookie.

The Clemson standout finds himself in a crowded backfield with James Robinson and Carlos Hyde. Nevertheless, Etienne has plenty of opportunities to break out in his rookie season, especially in PPR leagues. He proved that he’s a dominant force in the passing game by leading all FCS running backs in receiving yards (588) last season, and his connection with Trevor Lawrence – 90+ receptions over three years – will only help translate his receiving prowess to the pros.

Etienne’s upside doesn’t come only from his work in the passing game but also with his goal-line carries and explosive plays. Etienne had the most carries inside the 5-yard line since 2018 and the most rushing plays over 20 yards between 2018 and 2019. The Clemson running back might not break out Day 1, but with his combination of receiving skills, goal-line ability, burst plays and established bond with Lawrence, the newest addition to the Jaguars' backfield looks ripe to be an RB2 at some point this season. Consdering he is the 28th running back off the board, fantasy owners should pounce on the opportunity to draft the rookie in the middle rounds on draft day.

In years past, the Steelers’ early-round picks have been generally a yawn fest. Sure, offensive and defensive linemen make for a good football team, but the novice fan sure doesnt get why they're in such demand. Najee Harris is the exact opposite of that type of pick. The No. 24 pick of the 2021 NFL Draft is exciting and was clearly the best back in the draft. He is ready to get going.

Harris was the top overall recruit in the country coming out of high school. He competed with NFL backs Damien Harris and Josh Jacobs while playing for the Crimson Tide. However, the newest Steeler will be the best pro back of that group. In fact, it won’t be close. Harris is in the perfect situation and system to showcase his dynamite skills. Just look at what Le’Veon Bell and James Conner accomplished in year’s past under head coach Mike Tomlin.

Harris will utilize the zone-read abilities of the guys in front of him to break off plenty of big runs. However, he isn’t just a successful runner; he is also quite a polished receiver for a big guy (230 lbs.), catching 70 balls for 729 yards and 11 receiving touchdowns in his Junior and Senior seasons at Alabama. Harris is an adept pass blocker and will be one of the few true three-down backs in the NFL. Since he will be playing just about every offensive snap for the Steelers, Harris will see plenty of dump offs, check downs and audibles that end up in his hands.

Perhaps my favorite thing about Harris is that the Steelers’ coaching staff already had to tell him to go home due to the long hours he’s been working on his game. He is such a sponge that he is soaking up all the knowledge possible at the NFL level. That kind of work ethic won’t fail; this kid is going to be real easy to cheer for. Harris is being undervalued early, but look for him to be a top-20 pick come peek draft season. He will earn the NFL Rookie of the Year award and finish the season as a top-10 back in all formats.