Breakout Candidates To Target In Your Fantasy Drafts

We all know the receivers entering their third season in the NFL tend to take a huge step forward in terms of production. The same can be said for quarterbacks, which means the Giants could be in for a monumental breakout performance from the former Duke Blue Devil. Let’s take a closer look at the numbers.

Did you know that as a rookie, Daniel Jones ranked as a QB1 in fantasy points per game (20.6)? He was the 12th-best quarterback in 2019 fantasy football leagues. After backtracking and finishing as the QB31 in FPPG last season (15.8), Jones will finish the 2021 season as a QB1 in 12-team leagues. Jones has absolutely no excuse to fail this season with all the weapons surrounding him. Yes, the offensive line needs work, but offensive coordinator Jason Garrett will call plays that allow Jones to get rid of the ball quickly. With a true WR1 in Kenny Golladay now in New York, Jones will throw 30-plus touchdowns this season. He will still turn the ball over more than he should, but he will show improvement.

This is Jones’ chance to shine. If he doesn’t, it is his last year in New York. Expect him to rise to the challenge and produce at a very high level in 2021. When he was largely throwing to sub-par pass catchers or backups filling in for injured starters last year, Jones still ranked first in the NFL when it came to slinging the deep ball. His NFL Passer Rating on passes of 20-plus yards (132.5) was the best in the league. He also had the third-highest PFF Deep Passer Grade (95.6). Plus, Jones can get fantasy owners points with his legs too, ranking sixth among quarterbacks in rushing yards last season.

Deep passing, rushing and great weapons all add up to elite fantasy production. That is why Jones will finish the 2021 season among the top 12 quarterbacks in the NFL.

Many experts look at Gainwell as the best pass-catching back out of this year’s draft. Gainwell will have a lot of work to do to find himself some snaps this season, but should he show that explosiveness he showed at the University of Memphis, the Eagles will find plenty of playing time for him.

Miles Sanders comes into the 2021 season projected as the RB17 as an early fourth-round pick. Prior to the 2020 season, Sanders was projected as a back-end RB1 and second-round draft pick. He didn’t live up to those expectations, and now we’re here predicting that he’ll still be a starter in fantasy when he has even more competition in the running back room. Sanders has a stable of running backs behind him that will be gunning for his job. Not to mention, Sanders has a history of ankle and hamstring injuries.

By the end of the season, Gainwell will ascend to the top of the depth chart and even surpass Sanders. It may not be a common opinion, but fantasy owners need to have bold takes on certain players. Don’t follow the herd. There is only one winner in every fantasy league. Take a chance on the rookie late on your draft and you won’t regret it. 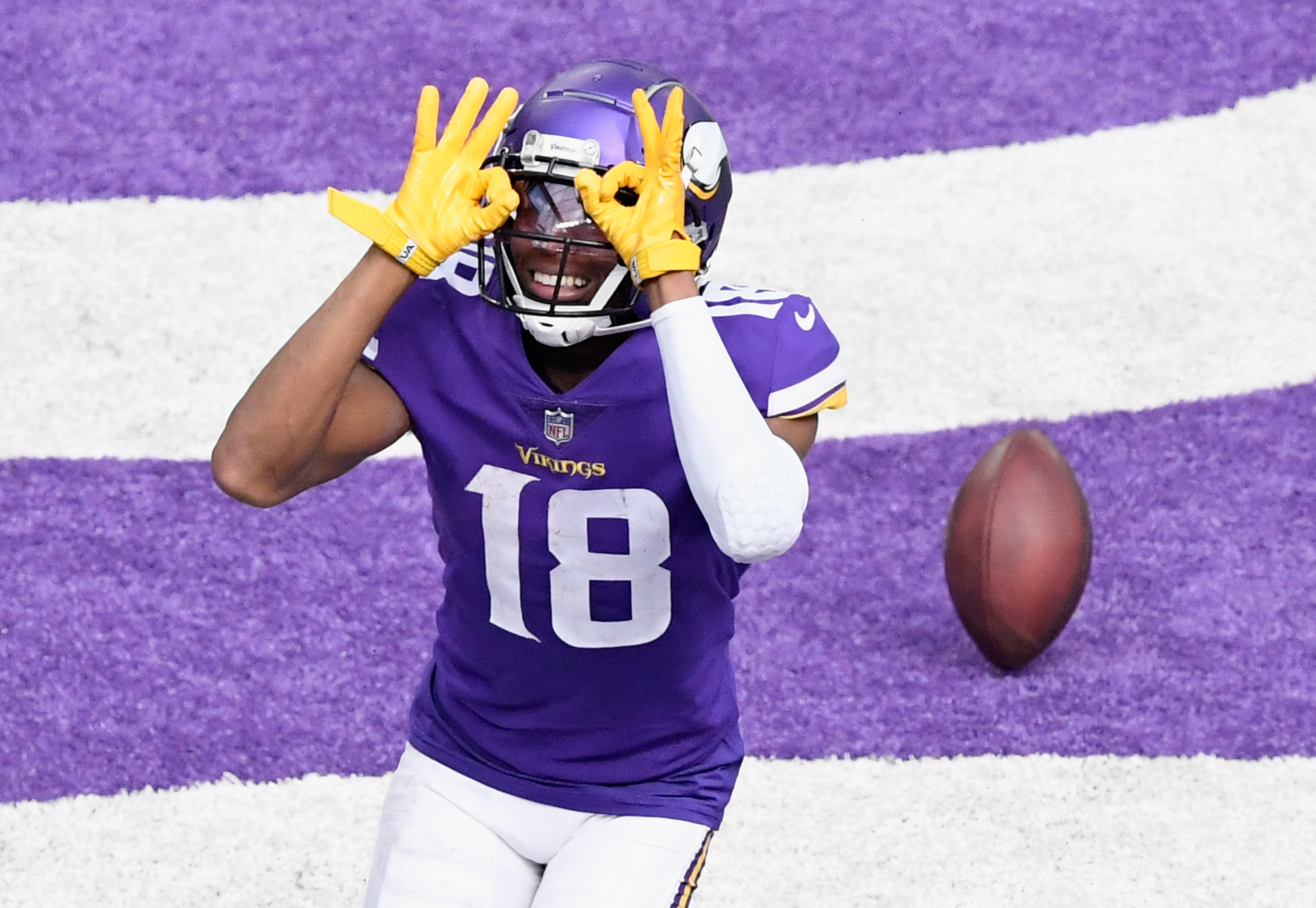 It’s fair to say that Jefferson has already broken out, but he will break his way into the top receiver debate this season. Although he is already being drafted as a top-10 receiver heading into the 2021 season, I will be reaching for Jefferson early in the second-round. The only receivers that I would select ahead of Jefferson in PPR leagues are: Tyreek Hill, Davante Adams, Stefon Diggs and maybe Calvin Ridley. Jefferson will outperform other stud wideouts such as DeAndre Hopkins, A.J. Brown and DK Metcalf.

Jefferson’s improvement throughout Year 1 was incredibly rapid. He averaged five targets per game over the first half of the season. Over his final eight outings, Jefferson saw his targets upped to 10 per game, catching 54 balls for 773 yards during that span. If he continues on that pace into 2021, he would finish with 110 receptions and 1,600+ receiving yards. The second-year wideout will do that and more this season, as Jefferson solidifies himself as a top-five fantasy receiver this year.

Before Dak Prescott’s injury last season, Lamb was on pace for 93 receptions, 1,300+ yards and six touchdowns – which would have firmly placed him as a top-10 receiver in PPR formats. The return of Prescott improves Lamb’s outlook this season, but even with a rotating door at quarterback, Lamb dominated from the slot in 2020, cruising to 69 receptions, 877 yards and the most plays of 15+ yards created by a wide receiver in the slot vs. zone coverage.

With Amari Cooper’s health struggles this offseason and despite Lamb’s command of the slot, Dallas hopes to expand his role to all three receiver positions in 2021. Many scouts believe Lamb can be just as successful (or perhaps even more successful) than he is out of the slot.. Most importantly, Lamb was on the field for 73.2% of Dallas’ passing plays compared to Cooper’s 66.8% and Michael Gallup’s 64.7%. Lamb is going to emerge as Dak Prescott’s go-to option on third down and in the red zone. Don’t be surprised if he hauls in 90+ receptions, 1,300+ yards and double-digit trips to the end zone. I wouldn’t be shocked if he snuck his way into the top-10 receivers by the end of the fantasy season.