Avoid This Wide Receiver Bust During Your Fantasy Football Draft

Fantasy football managers seem to have a “what have you done for me lately” mentality. Instead of thinking about busts from last season, it is important to pinpoint specific players to avoid so that you spend your draft capital on players who will outperform their current Average Draft Position (ADP). The newest addition to the Giants’ wide receiver corps has had a pretty solid career in Detroit. Yes, injuries have plagued him. But when on the field, he’s been a solid WR1 or WR2 for most fantasy teams. Don’t let that fool you. Golladay will not be the same player in New York as he was as a member of the Lions. 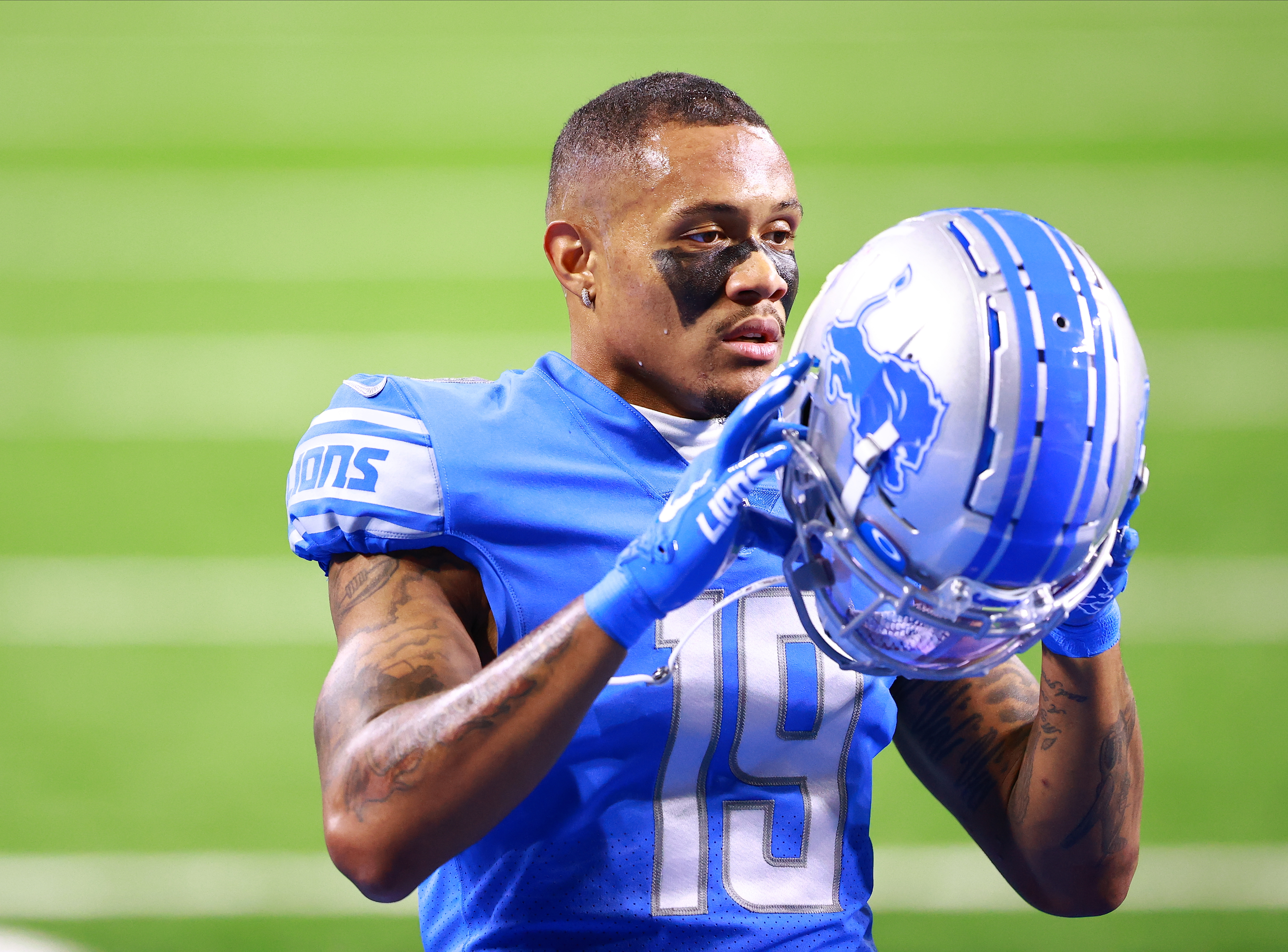 Golladay will be a significant piece of the Giants’ offense, but that doesn’t mean that he will provide fantasy owners with the numbers that they want. Golladay missed most of last season with a hip injury and has only played all 16 games once in his four-season NFL career. Still, he was somehow able to ink a four-year, $72 million contract with the G-Men.

Golladay fills a big need for New York. They have been missing a WR1 for many years. However, the Giants have a ton of mouths to feed. Not only is Saquon Barkley in the backfield, but the Giants have a lot of pass catchers at the wide receiver and tight end positions. There is no way that Golladay is going to be a top-20 receiver when Daniel Jones also has Darius Slayton" data-toggle="modal" data-target="#player-pop-up" href="/nfl_player_news/Darius_Slayton/">Darius Slayton, Sterling Sheppard, Kadarius Toney, Evan Engram and Kyle Rudolph to target downfield.

Golladay will be going up against opposing teams’ top cornerbacks, likely drawing double coverage often. And since the Giants are in the NFC East, that also means two matchups with shutdown corner Darius Slay. While this opens up the field for some of the other wideouts in New York, Golladay won’t be the PPR machine that fantasy managers are hoping for. Plus, the Giants are committed to the running game. Although they aspire to utilize a balanced attack, when you have Barkley in the backfield, you are going to be a running football team. During Golladay’s two best seasons with Detroit, the team didn’t have much of a running game, forcing the Lions to throw more often. While the G-Men may be playing from behind in many games, the offense still runs through Barkley.

Yes, Golladay will likely lead the team in targets. However, anyone expecting Golladay to put up numbers similar to his 2019 output with the Lions - 65 catches for 1,190 yards and a whopping 11 touchdowns - is sorely mistaken. He averaged over 15 fantasy points per game in PPR leagues that season. There is no way that is happening in New York. Golladay won’t even reach the 1,000-yard mark this season.

Let's also not forget that Matthew Stafford is a better quarterback than Daniel Jones. Considering the downgrade at the quarterback position, the return of Barkley, and the number of mouths to feed in New York, Golladay will finish outside the top 30 receivers in fantasy football. Of course, news just surfaced that Golladay left practice early yesterday due to an injured hamstring. Seems like this guy has been dealing with hamstring injuries since he was in high school. Let someone else select Kenny G on draft day.