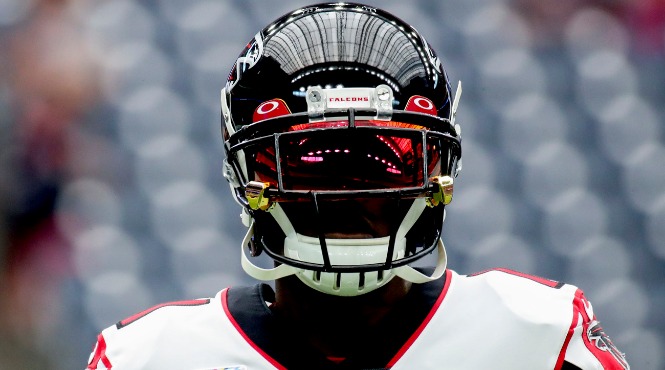 Welcome to Julio Jones Week 2019. I seem to be the only person who has the clarity to notice that the Carolina Panthers Defense isn’t a team to avoid targeting in DFS. Overall they produce some numbers that pop for folks in terms of fantasy stats such as being near the top in sacks, interceptions and limiting a high amount of yards per play. That’s great. Play the Panthers D all you want anywhere while we continue to eat against them on the other side with the numbers that matter for the positional plays.

The Panthers defense has yielded point totals of 24-20-51-26-27 in their last five games and only once all season (Houston) have they given up less than 30 total fantasy points to wide receivers. When the Panthers are on the road, we’ve attacked their rush defense and when they’re at home, I will attack their pass defense.

In comes Atlanta off a great game plan and performance in New Orleans the prior week. In Week 10, they tried to take the air out of the ball and sustain long drives and avoid an underrated Saints secondary and pass rush. But in the process they lost Devonta Freeman and Austin Hooper. Opportunity knocks and Julio is going to respond. He is perfectly healthy, has a fantastic history against Ron Rivera’s defenses and with all the Falcons weapons like Freeman, Hooper, Mohamed Sanu, Ito Smith all gone via injury, IR or trade it’s setting up for a high volume game for Julio and the Falcons passing attack. I can’t go as far to say we’ll see another 12 catch, 300 yard game from Julio like he had in 2016 (yes, those are real numbers from that game) but I also do not expect anyone on Carolina to limit him under 100 yards receiving this week and the low TD volume for Julio changes with Hooper out.