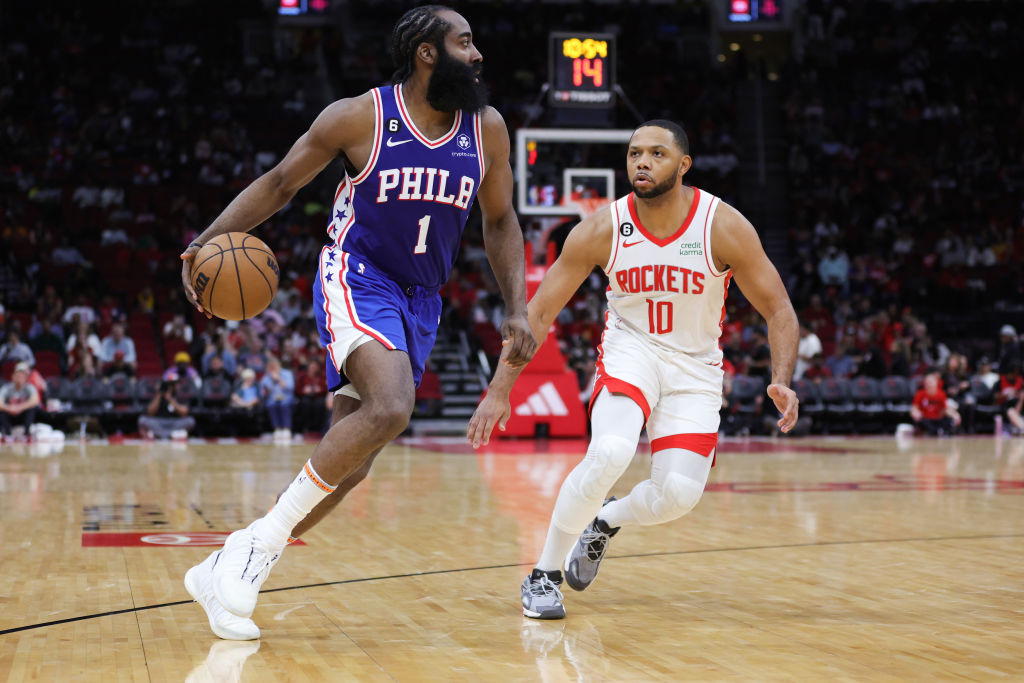 Week 8 of the fantasy basketball season is coming to a close this weekend. Heading into Week 9 of the season, James Harden and Wendell Carter Jr. stand out as the two most valuable buy-low trade targets. Both of them missed November due to injury which has substantially decreased their respective trade values.

Elsewhere, Domantas Sabonis’ trade value is hyperinflated to the point that he is the fourth-highest-ranked center on the NBA Trade Value Charts behind just Nikola Jokic, Anthony Davis, and Joel Embiid.

Let’s take a look at the best fantasy basketball trade targets to buy-low or sell-high as we approach Week 9.

James Harden has missed about a month of NBA action due to a foot injury. He’s back in the lineup for Philadelphia despite getting off to a slow start in his first few games. Right now, his trade value is severely depleted and pulling the trigger on him in trades this week could be a great decision. There is no way that Harden isn't going to improve once he gets into game shape and is 100% healthy.

Wendell Carter Jr. is still a few games to a week away from returning to the Orlando Magic’s active roster. He hasn’t played in any contest since Nov. 18 but was producing good numbers before sustaining his injury. The 6 '10'’ 23-year-old was pumping out 16.6 points per game while converting 51.5% of his shots from the field, 9.1 rebounds, and 3.3 assists per game this season. Carter is one of the players Orlando will continue to build around for years to come. Fantasy owners should consider targeting him now before he returns to the court and starts dominating!

The first overall pick in this year’s draft missed a stretch of games for the Magic but has been back in the lineup since Nov. 27. He’s scored at least 18 points in six of his last seven games. At the moment, there are multiple power forwards who you might consider trading away for Banchero. This includes the injured John Collins (17.90), Jaren Jackson Jr. (17.70), Bojan Bogdanovic (19.69), and even Draymond Green (20.53). The point is that if you have any of those guys but think Banchero has more upside, especially if he keeps up his Rookie-of-the-Year numbers, then this week is the time to pursue the former Duke big.

At the moment, Domantas Sabonis is the fourth-highest-ranked center only trailing behind Nikola Jokic (37.43), Anthony Davis (36.37), and Joel Embiid (34.29). All things considered, this is pretty wild. There's no chance that Sabonis’ trade value increases much more. Ranked below him are plenty of fantastic centers including Bam Adebayo (27.07), Kristaps Porzingis (26.22), and Nikola Vucevic (26.07), all of whom you could easily get your hands on by trading away Sabonis in exchange.

Now that C Jarett Allen is back in the lineup for the Cavaliers, Evan Mobley should see a downtick in his production. The vast majority of the Cavaliers' offensive production comes from sharp-shooting out of their backcourt from Donovan Mitchell and Darius Garland. With Allen back in the lineup, Mobley should be scoring less than he was so far this season. Right now, you could try and trade Mobley away for Zion Williamson (25.73), Kyle Kuzma (23.75), or Jerami Grant (23.30).