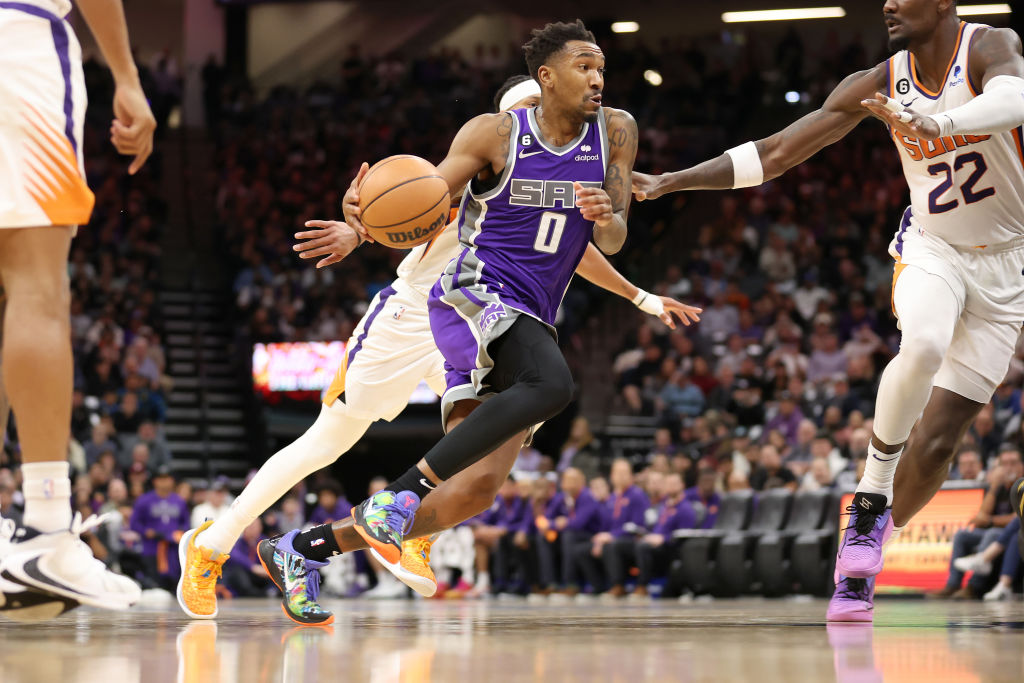 Heading into next Monday, fantasy basketball owners have multiple options at each position to consider claiming from waivers. SG Malik Monk of the Kings has had some ups and downs but has been producing big scoring numbers as of late. Elsewhere, PF Patrick Williams and C Andre Drummond stand out as some of the most interesting free-agent targets to consider targeting from waivers as you prepare for Week 8.

It is important to note that the Blazers and the Spurs are the only two teams playing two games next week. With the exception of the best players on each team, you can definitely bench most players on either roster especially in week-long fantasy formats.

In games where Malik Monk is on, he is on. In three of his last 10 games, Monk has scored at least 26 points, knocking down at least 60% of shots from the field in those contests. Over the last 10 games, Monk is averaging more than his season totals so far. Through this stretch, he’s played 24 minutes per game and has scored 16.3 points converting 52.5% of his shots from the field. He has been shooting the ball more efficiently and has also produced 1.7 rebounds and 4.2 assists per game over his last ten. The 24 year-old shooting guard is coming off of a huge game against the Suns on Monday night. He produced 30 points on 12-of-19 shooting from the field (70.6 FG%), one rebound, and eight assists in their 122-117 loss to Phoenix. At the moment, he is available as a free agent guard available from the waiver-wire in approximately 40% of fantasy basketball leagues.

Tyus Jones primarily serves as a backup to Ja Morant but he still comes off the bench to provide the Grizzlies with an offensive spark when need be. He is able to score efficiently but also create plays for his teammates. Though he particularly produces big numbers in games where Ja is out. However, even when Morant is playing, Jones is still producing efficient numbers off of the bench. This season, Jones is averaging 23.6 minutes per game and is producing 10.1 PPG on 44% shooting from the field, 1.8 rebounds, and 4.4 assists per game. He’s coming off of a very quiet night against the Knicks where he scored just two points (1-5 FG) in 19 minutes. Still he had two rebounds and seven assists in the game. Even when Jones struggles to score, he is able to contribute as a playmaker assisting other scorers on the team.

Bulls’ forward Patrick Williams missed most of last season due to injury. He’s been healthy in 2022 and has been efficient for the Bulls in 20 games played so far. He’s averaging 25.8 minutes per game and is putting up 9.6 points (47.9 FG% & 45.8 3PT%), 4.0 rebounds, and one block per game this season. He’s had at least 10 points in seven of his last 10 games. He’s also produced 13 blocks through this most recent stretch of games. As a power forward, Williams is valuable in his abilities shooting the deep ball. At the moment, you can claim Bulls' forward from waivers in approximately 55% of fantasy basketball leagues.

Cameron Johnson has been out this season and is still months away from a return. This has allowed SF Torrey Craig to earn valuable minutes as a wing for Phoenix through the first stretch of 2022-23. Though he is averaging 7.7 points per game through 20 games played this season, he’s produced a lot more over his last 10 games. Through this stretch, he’s played 29.3 minutes per game (six minutes more than his season average of 23.3 MPG) to produce 9.9 points on 46.3% shooting from the field, 6.3 rebounds, 1.6 assists, and 1.1 blocks. He’s seeing an uptick in minutes and production all around as of late and remains available in more than 60% of fantasy basketball leagues right now.

Herbert Jones is seeing a career-high in minutes this season even though the Pelicans have Zion Williamson back and starting again. Over his last 10 games, Jones has produced 10.7 points, 3.7 rebounds, 3.3 assists, 1.3 steals and nearly one block per game averaging more than 27 minutes on the floor throughout this stretch. Jones is continuing to grow into his own on the Pelicans and is making big strides forwards this season. Though he is available in just about 30% of leagues right now, fantasy owners should keep an eye on waivers to see if he is available just in case.

Kevon Looney is continuing to do Kevon Looney things for the Warriors this season just like he did last year. With Looney, you’ll get a double–double here or there and near double-doubles frequently. You’ll also get games like Nov. 27 where he had just two points in 22 minutes. Still he had seven rebounds, four assists, and one steal in that game. This season, Looney is producing 6.2 PPG (65.9 FG%), 6.8 rebounds, and three assists per game in less than 23 minutes per contest. He is currently available from waivers in more than 60% of fantast basketball leagues.

Drummond is averaging just 15.4 minutes per game off of the bench for the Bulls this season. However, he is making the most out of every single one of them. He is averaging 7.5 points and 8.6 rebounds per game, thus producing bigger numbers in the paint than Kevon Looney for example. On Monday night, Drummond posted a 10-point (5-8 FG), 10-rebound double-double and one steal in just 14 minutes on the floor. Though he plays very few minutes off the bench, Drummond’s ferocious power and 280 lbs frame makes him very difficult to contain in the post. Despite how few minutes he is given per game for the Bulls in 2022-23, Drummond’s efficiency is impressive and good enough for fantasy basketball owners to consider claiming him from waivers.