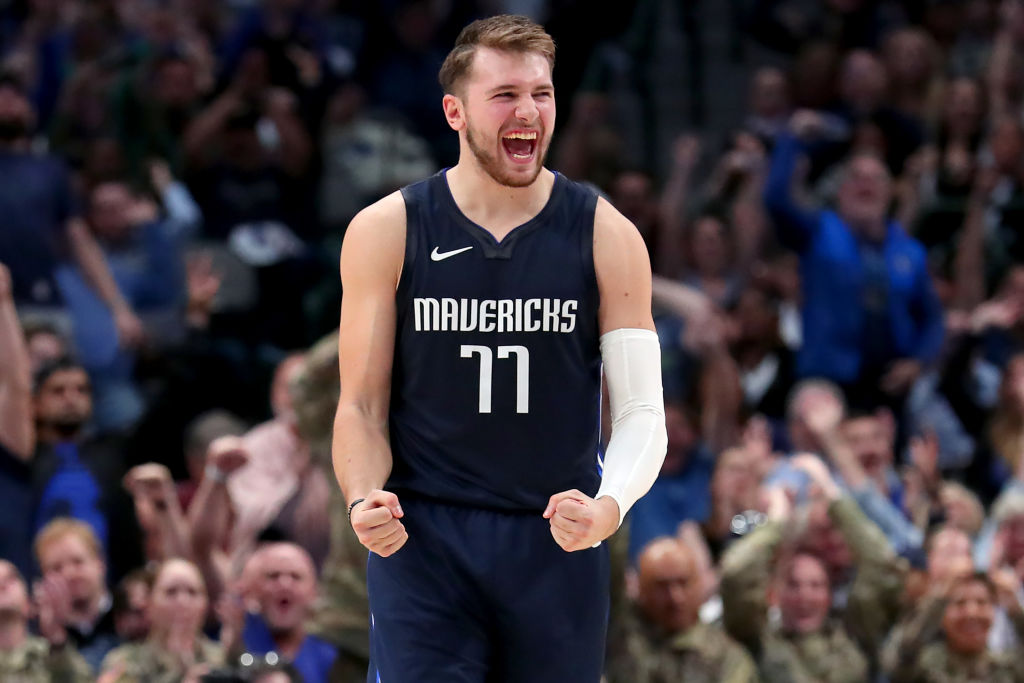 We are all about the numbers here when it comes to winning you money on these picks. However, a bit more goes into this specific matchup. This one is going to be a battle of two heavyweights in Curry and Doncic, and we fully expect these two superstars to ball out. These two are the top two scorers in the league this season and both have a chip on their shoulders. Both want to prove they’re the best. Especially Curry whose team has played well below expectations this season coming off a championship. There is no way you bet the under for him on anything tonight.

However, the numbers also work in his favor. This isn’t some blind gut-pick. In the month of November, he averaged 31.6 points and 8.0 assists per game. Which is well above this mark. He has topped this line in five of his last six games. The Mavericks are an above-average defense boasting the 11th-best defensive rating in the league. With that said, they are the seventh-worst allowing opponents to hit threes at a clip of 37.1% this season. Being that Curry is the most prolific shooter in NBA history, he should have a field day from behind the arc. Look for him to blow by this number.

On the other side of the court, we have Luka who is a frontrunner for the MVP this season and would love to put his stamp on this game showing up a former MVP and the reigning champions. Everything we said about Curry also applies to Doncic so we will just jump right into the numbers. This is a big number for Luka to hit and is slightly above his averages. However, the reason for that is the subpar play of the Warriors’ defense this season.

Their defensive rating has dropped to 22nd in the league this season. They are allowing 117.3 points per game which is the fourth worst and they are a fraction of a point from dropping even further. Not only that, but they are also bottom 10 in the league when it comes to allowing assists and bottom five in rebounding percentage. This is a statement game for Doncic and he’s going to come out and show why he’s that dude now. Where better to do it than on national TV against the defending champs?

Thompson was atrocious in October averaging just 12.3 points per game and that carried into early November. However, he has since come on and his average points per game is still 17.7 despite the terrible start. He’s averaging 20.6 in November. This is a low number for Klay to hit and he should, being that it’s below his average and he’s hit it in six straight games. During that six-game run, he has averaged over 23 points per game. We already spoke about the Mavs struggles against the three and he has been red hot from downtown. There is no reason to believe that stops tonight.

Back to the Mavs side of the ball, we should see Dinwiddie have a strong game in his own right for all the reasons we’ve already stated about the Warriors’ defense. This number is below his average which is 22 points + assists per game and this is a plus matchup. He’s topped this mark in back-to-back games and should do so again tonight in this Western Conference shootout. Like Thompson, he is another player whose numbers are up this month after a slow start as that 22 points + assists average jumps to 23 in November. Not as significant a jump clearly but worth noting as little stats like that will help you manipulate algorithms and lines set on sites like Underdog.

We finish up this slate with a Knick. Brunson is as solid and consistent of a guy as you will find around the league. Night in and night out he shows up and does his job well. This line is very slightly above his averages for the season by one, however, his average in November comes to 29.8 for points + assists. He has also topped this mark in four straight games averaging a total of 37 points + assists per game during that stretch.