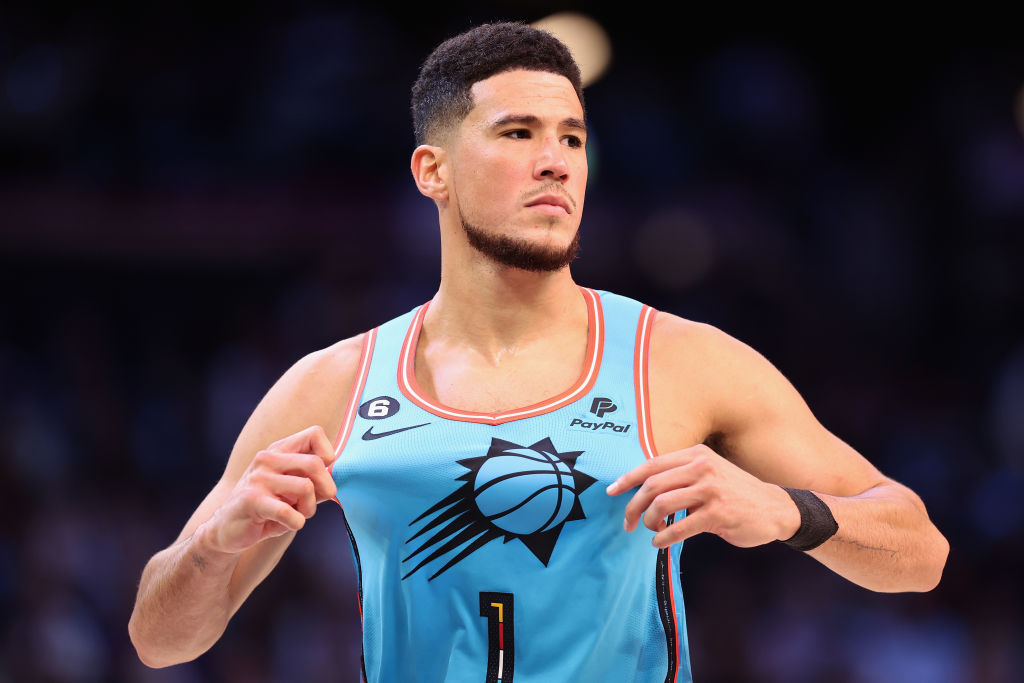 Join Underdog Fantasy today and get your first deposit matched 100% up to $100!

Booker is one of the best guards in all of the NBA. However, this is a high number for him to hit. This is above his season average which is 27.6 points per game. Over the past five games, he has only hit this mark one time. For a bigger sample size, he has only hit this number twice in all of November. His scoring has dropped off this month by three points per game and he has a tough matchup tonight against the Lakers.

The Las Angeles Lakers come into the game boasting the ninth-best defensive rating in the league. While they are allowing the 14th-fewest points per game, they are actually tougher against shooting guards. So far this season they are allowing the ninth-fewest points against opposing shooting guards. Booker can obviously explode in any given game. Nonetheless, this is a bad matchup and his scoring touch just hasn’t been there as of late. This will be a tough bar for him to clear.

The line for Ivey is 4.5 rebounds. He hasn’t managed to hit that mark over the past six games. Despite averaging 4.8 rebounds over the course of the season this will be a tall task for him. That average has been inflated by a few huge games. Tonight he faces off with the Denver Nuggets who are excellent on the boards.

The Nuggets are second-best in the league in defensive rebound percentage and 12th-best in overall rebounding percentage. This is not a plus matchup for Ivey to break the trend of him failing to pull down five rebounds in a game. Don’t bet on him to accomplish that feat tonight.

This is a very interesting line. Here you have to decide if you want to bet on the player or the matchup. On one hand, Brooks is only averaging 16.9 points per game and 2.4 assists per game this season. He already has two games this month when he played more than 30 minutes and didn’t have any assists. Over the past eight games, he has topped this number just once, and he’s only done it three times all season. So it feels very unlikely he accomplish this goal.

However, this is as good of a matchup as you can hope for. The Kings have the fourth-worst defensive rating in the league. They are allowing the most points per game and the third most assists per game. So this is as good of a matchup as any player could hope for if they are looking to stuff the stat sheet and out due their averages. This one is a matter of deciding whether or not we should bet against the player or on the matchup.

This seems like a very achievable goal for Fox to hit tonight. His combined average for points + assists is 31.8 so it’s right on track with this line. However, he has hit this number in two consecutive games. He’s also hit this mark in five of eight games this month. Three times this month he’s topped this total with points alone.

The matchup is middle of the pack. Not great but nothing to fear. The Grizzlies are 22nd in defensive rating this season. They are allowing the 12th-most points and 19th-most assists per game. When it comes to defending shooting guards they are once again middle of the pack allowing the 17th-most points per game to the position. There’s no reason Fox can’t hit his target here.

We’ve already gone over the Grizzlies’ defense so let’s focus on the player here. Sabonis is more than capable of topping this total. The reason we prefer the over here is that he has the ability to explode in multiple areas of the stat sheet. His averages for these three combined stats are 34.4 so we are already above the number with his averages. He also hits this number in most games topping it in five of nine games this month. However, what we like the most is how explosive he can be at each stat on any given night.

In this month alone we have seen him put up double-digit rebounds five times and in 10 of 15 games this season. That includes a 22-rebound game. He’s also dished out at least six assists in all but one game this month. His points have been strong as well. This month he’s averaging more than 20 points per game and has topped 20 points in five of nine games. In two of those five games, he hit at least 26 points. With his ability to stuff the stat sheet, we love taking this bet tonight.