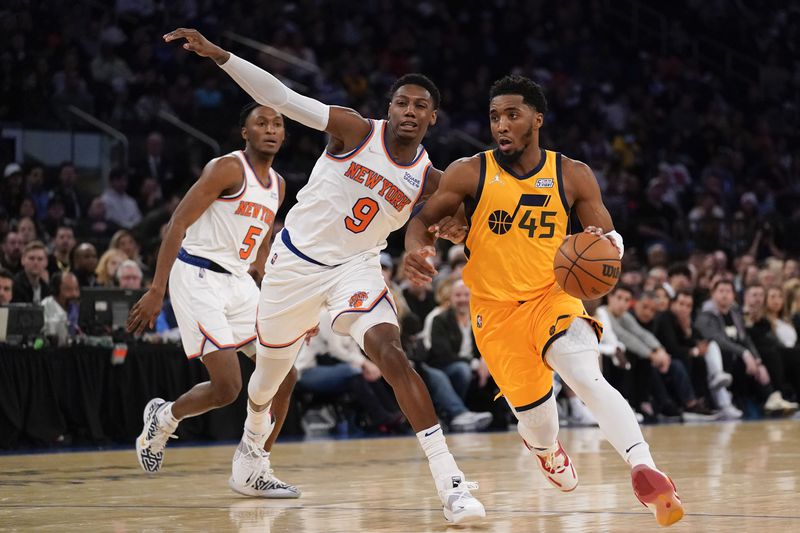 This afternoon, the Utah Jazz traded superstar guard Donovan Mitchell to the Cleveland Cavaliers. After months of rumors suggesting that Mitchell would be headed to the New York Knicks, the Brooklyn Nets, or the Miami Heat, Spidah is headed to Cleveland.

In exchange for Mitchell, the Cavaliers are sending three unprotected future first-round picks in addition to SF Lauri Markkanen, PF Ochai Agbaji, and guard Collin Sexton. While the Cavaliers have potentially landed their new franchise player, the Utah Jazz have completely rebuilt their roster this offseason by getting rid of C Rudy Gobert and Donovan Mitchell. The players the Cavaliers are sending to Utah are all young and growing in the league. This is especially true about Agbaji who was selected by the Cavs with the No. 14 overall pick in the 2022 NBA Draft after winning the National Championship with the Kansas Jay Hawks. Collin Sexton has matured as a Cavalier, but was no longer needed if Mitch was added to the team and Garland was retained. Sexton joining the Jazz could allow him to become even more efficient as a guard in this league. This trade deal for Mitchell is very similar to the multi-player trade deal which sent three-time DPOY Rudy Gobert to the Minnesota Timberwolves. In exchange for Gobert, the Jazz received Malik Beasley, Jarred Vanderbilt, and four future first-round picks. Utah is clearly rebuilding their entire roster by bringing in young NBA players with experience but with still a lot of room for growth. In addition, the Jazz have acquired a whopping seven future first-round picks combined from the T-Wolves and the Cavs. Now, Utah’s roster looks completely different. In 2022, the Jazz will feature an ensemble of young NBA players.

In turn, the Cavaliers are clearly ready to make a move for the playoffs in 2022 after landing Spidah.Expect Mitchell to be used as a true SG in Cleveland while PG Darius Garland continues to be the team’s main play-maker. Garland, who averaged 21.7 PPG in 2021, will likely see a drop in his PPG this season as a result of Mitchell’s addition to the roster. Mitchell has scored at least 20 PPG in each of his first five NBA seasons. He averaged 26.4 PPG in 2021, and 25.9 PPG in 2022. Spida Mitchell could have a career-high year in scoring for the Cavaliers. It will be interesting to see how the chemistry develops between Mitch, Garland and C Evan Mobley in the upcoming season.

For Knicks fans like myself, you’re probably feeling crushed. Just don’t buy tickets to see the Knicks this season and you’ll be fine.