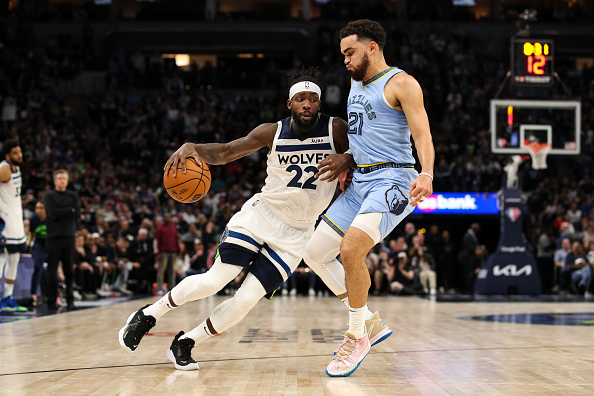 Late last night, it was reported that the Lakers are finalizing a trade deal with the Utah Jazz which will bring veteran guard Patrick Beverley back to Los Angeles. While the deal was not finalized Wednesday night, it is expected to be officially completed later this morning.

In exchange for Beverley, the Lakers are sending SG Talen Horton-Tucker and SF Stanley Johnson to Utah. Last season, Horton-Tucker averaged 10 PPG, 3.2 boards, and 2.7 assists per game while Johnson averaged 6.7 PPG and 3.2 rebounds per contest. Since the Jazz are planning to move Donovan Mitchell, they are looking to add depth at guard where they can get it. Utah is clearly eyeing young players whom they hope to develop as they begin a rebuild, without Spida Mitchell and Rudy Gobert. At 34-years of age, P-Bev is simply not what the Jazz are looking for. This is why he’s headed to the Lake Show where he will be surrounded by veterans. Unlike the Utah Jazz, the Lakers are clearly interested in players with years of NBA experience under their belt.

Notably, the Lakers added a nice point guard to their roster who will be coming off of the bench for Russell Westbrok in 2022-23. Beverley is a great defender whose energy is felt by everyone as soon as he steps onto the court. While he was never a point-scorer or an offensive maestro, his willingness to fight every second he is on the floor has kept him in the league this long. Last time Beverley was in Los Angeles, he played for the Clippers. From 2017 to 2021, Beverley showcased his defensive prowess and will-power for the other team in Los Angeles. Here is just one example of Beverley's efficiency on defense; take a look at how he shut down SG Devin Booker of the Phoenix Suns during the 2021 NBA Playoffs:

As the Lakers look to bring home one more championship, bringing another veteran like P-Bev to the team is an interesting decision. The Lakers will continue to have the oldest team in the league, that just got way older this offseason.

Westbrook’s backups heading into the 2022-23 season are Rajon Rondo (35 years old) and Patrick Beverley (34 y.o.). Also on the Lakers are Dwight Howard (36 y.o.) and Carmelo Anthony (38 yo), who will continue to come off the bench for the Lakers this season.

Heading into the upcoming NBA season, the Lakers have two of the oldest backup point guards in the league. Patrick Beverley’s move to L.A. says everything about how the Lakers want to win: with seasoned veterans and right now. Expect Rajon Rondo's minutes to drop even more next season as a result of P-Bev's addition to the team. Still, there is no way the Lakers' new HC Darvin Ham will bench Russ the way Frank Voegel did last season. Even if Westbrook is inefficient shooting from the field next season, P-Beverley will likely see around 25 minutes per contest as the Lakers No. 2 option at point guard.