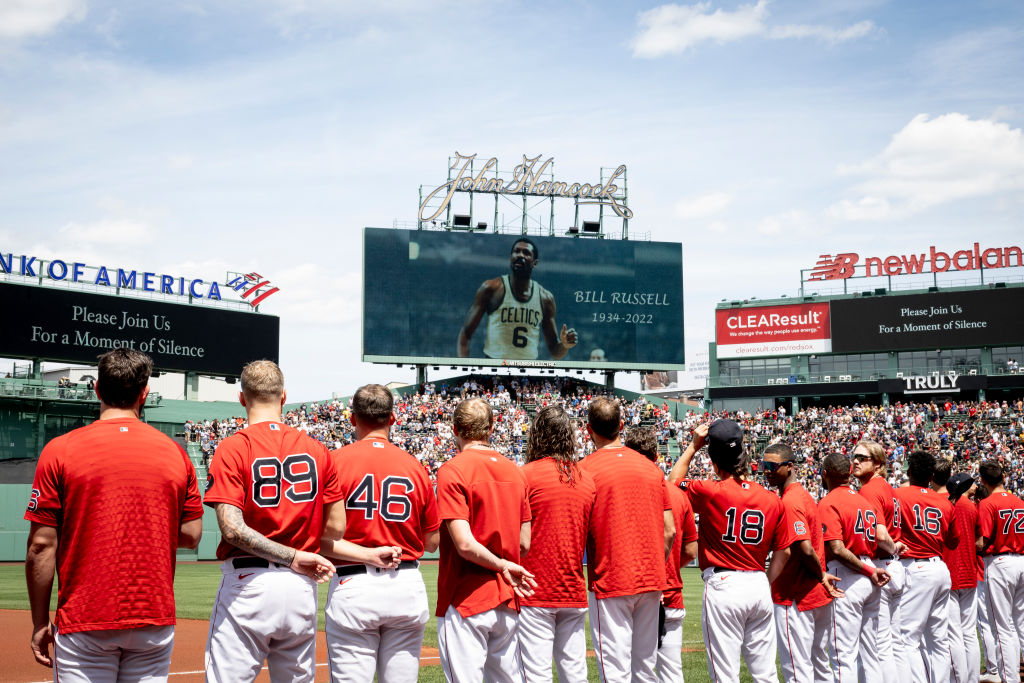 Early this afternoon, it was reported that NBA legend and 11-time champion, Bill Russell, passed away at the age of 88. He died from natural causes, with his wife Jeanine by his side.

William Felton Russell won 11 championships in 13 years of competing as a professional basketball player. He was named league MVP in five seasons and selected as an All-Star a dozen times, only falling short once in his 13-year NBA career. His record of championships will likely never be matched. Micheal Jordan’s six rings he earned leading the 1990’s Chicago Bulls are the closest it gets to Russell’s unbelievable legacy as a winner. Two of his championships came as a player-coach.

As a player, Russell set a defensive standard for the NBA with shot–blocking and rebounding at the forefront. While his blocks were largely unrecorded statistically throughout his career, NBA referees who called his games and Wilt Chamberlain’s said both players averaged approximately six-to-eight blocks per contest throughout their careers. Off the glass, he averaged 20+ rebounds per game for 10 seasons. Statistically speaking, Russell’s best year for the Boston Celtics was in 1961-62 when he averaged 18.9 points and 23.6 rebounds per game. He has a career average double-double of 15.1 points and 22.5 rebounds per game.

While Russell was preceded by greats such as Earl Wood and Chuck Cooper, he became in many ways the first black NBA player to achieve the status of superstardom. Especially in the 1950s and early 1960s (though throughout his career altogether) Russel faced deliberate racism. During 1961-62 which was likely Russell’s best statistical season of his career, he and his teammates were refused service in Lexington, Kentucky when the team was scheduled to play an exhibition game there. Though Russell transformed the Celtics into a dynasty, racism and prejudice he faced throughout his career in Boston have led to a fractured relationship with the team. He refused to attend his jersey retirement ceremony by the Celtics in 1972, and his Hall of Fame induction ceremony in 1975, due to his painful relationship with the team he won 11 championships for. As a result of the bigotry he faced all the time, Russel cut himself off from fans and the press, which further created a rift between him and the city of Boston.

In recent years, however, Russel had reconciled with the league, his former team, and the city of Boston. When the Celtics moved to the TD Garden in 1995, they asked for Russell’s approval to re-retire his jersey and give him this ceremony, which would be at the center of the induction celebration for the new arena. Eventually, Russell gave the Celtics his approval, and his jersey was re-retired on May 6, 1999. He even accepted a Hall of Fame Ring in 2019 at a private dinner with his family and loved ones.

Russell is one of the best players in basketball history. If not, he is without question the most decorated. As a big man, Bill Russell redefined the position with hyperfocus rebounding, and dominating in the paint.