Over the last week, some big names have been ruled out for at least the next few weeks. This includes Kevin Durant who sprained the MCL in his left knee and is expected to miss between six and eight weeks. Elsewhere, Myles Turner injured his left foot and is expected to miss at least the next two to three weeks. Here is your Week 14 NBA Injury Report with all the implications of what these absences mean for your fantasy basketball lineup. 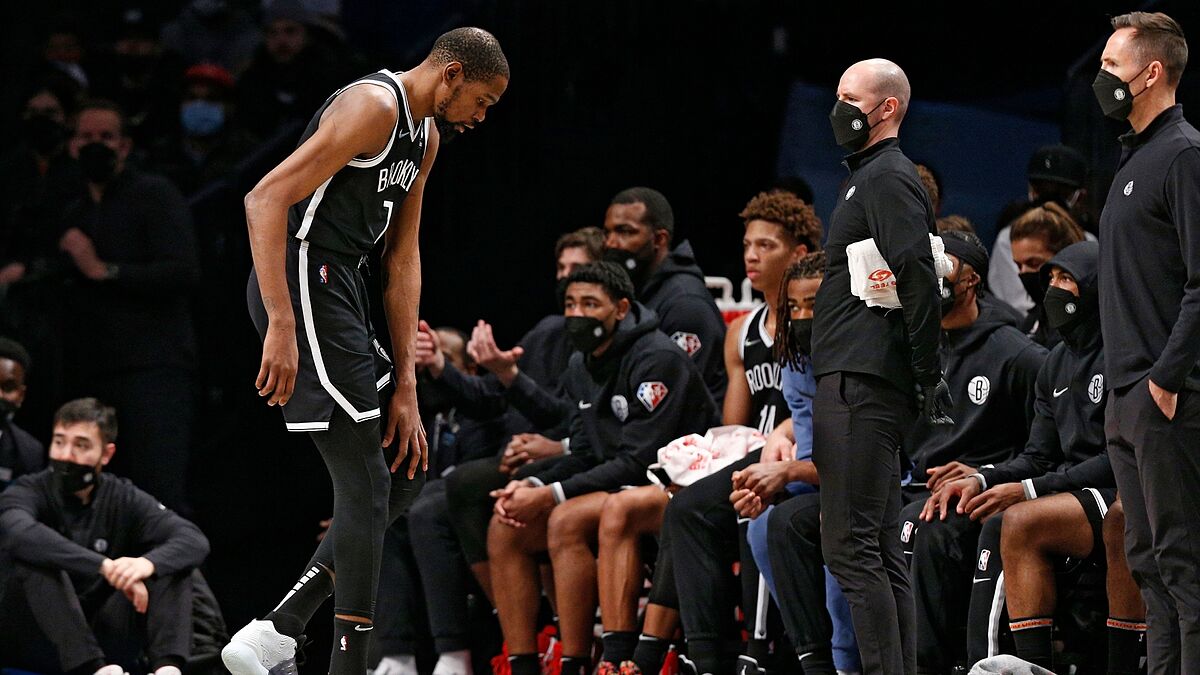 Kevin Durant sprained the MCL of his left knee. Fortunately, KD avoided another season-ending knee injury that would have kept him sidelined for the Nets. He is expected to be out until the end of February. Even though he will miss a nice chunk of important games in the weeks to come, KD should be ready to go for All-Star Break. Over the next few weeks, this immediately makes Harden the go-to scorer on the team. Some weeks it isn’t necessarily easy to decide between James Harden and KD. Now, you won’t have to until at least late February. Joe Harris is also expected to return to the Nets lineup within the next two weeks after undergoing ankle surgery at the beginning of the season. He could produce some big offensive numbers once he returns and before KD gets back.

Jerami Grant could be returning to the Pistons rotation by the beginning of next week. He is not expected to play before Jan. 25. Once he returns to the Pistons’ rotation, guys like Trey Lyles and Isiah Livers, who enjoyed more minutes per game while Grant was sidelined, will likely lose a lot of the fantasy value that they gained over the last month and a half.

James Wiseman’s table for a return has been delayed by another four weeks. He is now aiming for a late February return. Draymond Green remains sidelined for the Warriors due to issues with his Achilles. While Green recovers and remains DTD, Kevon Looney has seen an increased role in the Warriors rotation. Looney has recorded 10 rebounds in each of Golden State’s last three games. Rookie forward Johnathan Kuminga has also seen a sharp increase in the Warriors rotation. Kuminga has scored at least 12 points in each of the Warriors' last four games and erupted for 25 points (10-12 FG) and three blocks on Jan. 14 against the Bulls.   Especially while Draymond Green is out, Looney and Kuminga should be on everybody’s radar as we close out Week 14 and move into Week 15.

Donovan Mitchell is currently DTD and questionable for Utah’s next games. He is a game-time decision going into Utah’s Jan. 21 matchup against the Detroit Pistons.

Will remain sidelined until at least Jan. 26. While he remains sidelined, expect an uptick in minutes from Marcus Morris and Justice Winslow among the Clippers' available wings. Terance Mann and Luke Kennard are also enjoying more minutes in the Clippers rotation, with Paul George in the middle of his recovery process for the torn ligament in his shooting elbow.

Includes PG Tyus Jones, SG Desmond Bane, & SF Kyle Anderson each of whom will remain sidelined until at least Jan. 26. The Grizzlies will need to fill in the pieces with their bench players like Brandon Clarke, Jaren Jackson Jr., and Zaire Williams while the other players on the roster recover from COVID-19.