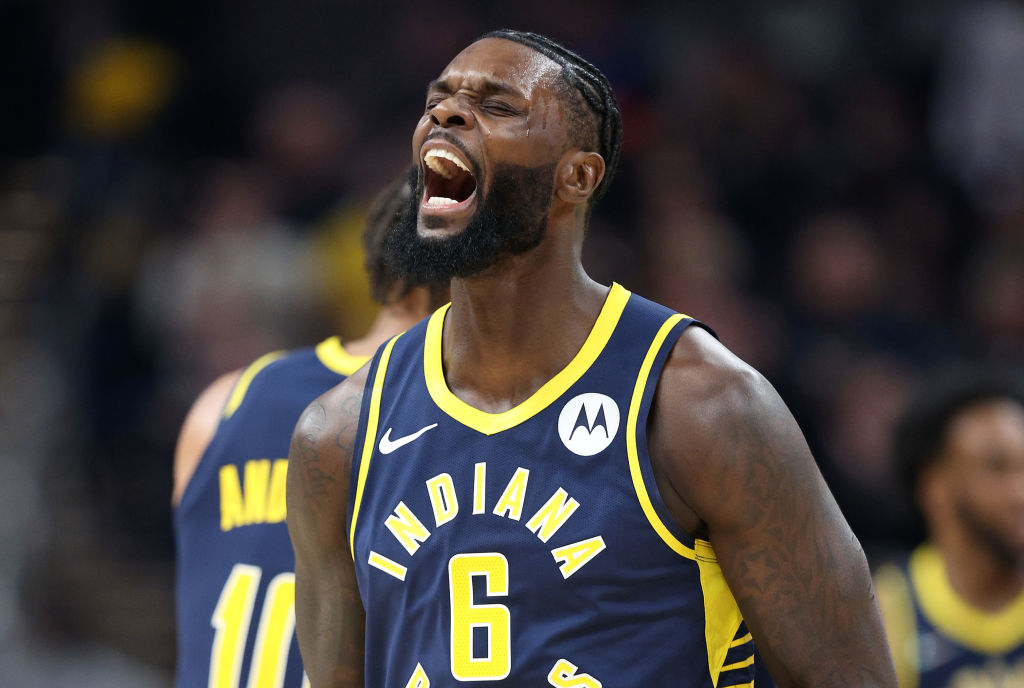 With Damian Lillard and Paul George out of the rotation for the Portland Trail Blazers and Los Angeles Clippers indefinitely, wings and guards on each team will see upticks in minutes and production over the weeks to come. Elsewhere, veteran scorer Eric Gordon is shooting a career-high 50.0% from the field but is available in more than half of fantasy basketball leagues. Indiana's mid-season acquisition of Lance Stephenson seems to be balling as effectively as he did in his prime. Check out the top waiver-wire pickups heading into Week 14 of the fantasy basketball season, with the vast majority of NBA teams playing four games.

Ben McLemore has scored in double figures in three consecutive games. As the Blazers have now lost Damian Lillard for at least the next two months, McLemore has had more opportunities to produce big numbers. On New Years Eve, he scored 28 points (9-22 FG). Over the last 10 games, he’s played significantly more minutes than his season average (16.4 MPG). With the Blazers' core of guards unhealthy, McLemore has a chance to join Anfernee Simons and surpass the underperforming Dennis Smith Jr. on the depth chart. McLemore has tallied 30 fantasy points in each of his last two outings, which were against two very solid teams in the Brooklyn Nets and Denver Nuggets. This could be a sign of more good things to come from the veteran sharpshooter.

Nicolas Claxton will be sidelined for a few games due to an ankle injury. As a result, Day’Ron Sharpe is seeing more action and has produced strong fantasy numbers over his last three games. Sharpe produced 14 points (6-6 FG) on Jan. 20 and 20 points (10-14 FG) on Jan. 12 despite playing less than 25 minutes each night. As Claxton remains questionable heading into Week 14, the former UNC Tar Heel is a smart acquisition, even if he is only utilized for one week. The Nets have four games on the schedule this upcoming week. Sharpe is a sneaky addition in deeper leagues, especially if you need a solid field-goal percentage and a decent number of rebounds.

With Draymond Green temporarily sidelined, Kevon Looney has enjoyed an uptick in minutes over the last few games. Notably, he’s recorded at least six points and five rebounds in 10 consecutive games. While his stat line isn’t by any means eye-popping, Looney is consistent and reliable. The veteran is especially attractive if your roster is lacking depth at the big man positions. Don't expect otherworldly numbers if you add Looney heading into Week 14. That said, he will likely produce numbers in his next 10 games that mimic what he's produced in his last 10. Looney has produced at least 15 fantasy points in each of his last 10 contests. In more than half of those games, the big man produced 20+ fantasy points.

Kennard has not played in 2022 as a result of COVID-19 but he is expected back very soon. Kennard, along with Terance Mann, is the two players who will benefit the most from Paul George’s prolonged absence in the weeks to come. Kennard suited up in 14 games in December and dropped 15+ points in eight of those contests. Expect more of the same when he returns to the Clippers' rotation.

Terance Mann has played a minimum of 24 minutes over his last 10 games but is averaging closer to 30 MPG over that span. Similar to Kennard, Mann is benefiting from PG-13’s absence. He will have a chance to produce big numbers alongside Kennard over the next few months. What sticks out about Mann is his efficiency. While he may not take more than 10 shots on any given night, he is shooting 48.4% from the field and producing 10.7 points of offense per contest. He’s also recording 5.3 rebounds and 2.3 assists per game this season. You can count on Mann to produce at least 20 fantasy points per game over the next couple of months as long as he remains active.

Lance Stephenson’s reunion with the Indiana Pacers is one of the best stories that has come out of the NBA this year. He’s a veteran player capable of stellar offense on the floor. On Jan. 5, he scored 30 points (12-19 FG) against the Brooklyn Nets. He scored 16 and 14 points in the next two contests respectively. Stephenson looks like he will get at least 20+ MPG for the rest of the season, especially since the Pacers are poised to give him another 10-day contract or sign him for the rest of the season given his efficiency and team spirit. Although his ownership percentage has skyrocketed since his return to the league, he's still available in approximately half of all fantasy basketball leagues. With four games on the schedule in Week 14, scoop up Stephenson before it's too late!

When healthy, Eric Gordon has always been a productive scorer. Through 36 games played for the Rockets this season, he’s scoring 14.8 points per game on a whopping 50.0% shooting from the field. If that doesn’t impress you, consider that he’s shooting at least 4% better from the field in his 13th NBA season than he has in any other season in his career. On Wednesday, Gordon dropped 31 points (9-10 FG) in 32 minutes and finished with 39 fantasy points.

Since he’s averaging 29.2 MPG and is shooting the ball at an excellent rate, it makes little sense that the 33-year-old veteran is not rostered in more than half of fantasy basketball leagues.