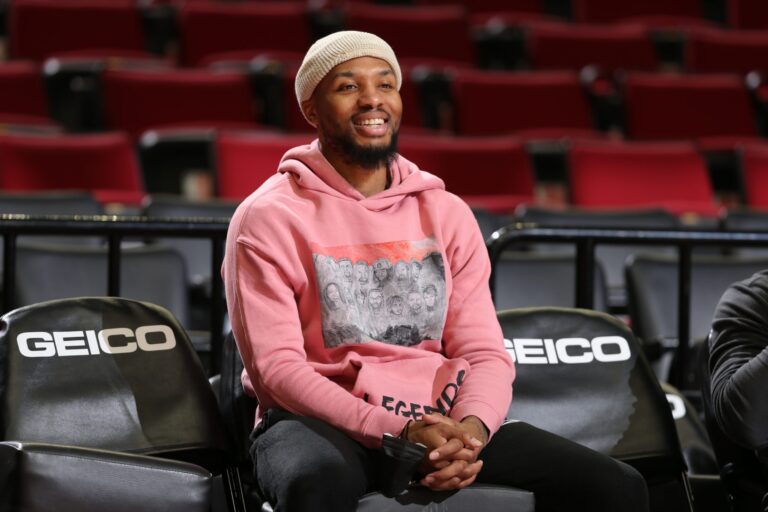 Over the last two weeks, COVID-19 cases have progressively decreased. Injuries are now the focus of our weekly reports again, and we have some bad news this week. Paul George, who sustained a torn ligament in his right elbow, and Damian Lillard, who will be undergoing surgery to repair his abdomen which has caused him lingering injuries throughout the season, are now both questionable to return this season altogether. Here are the biggest updates on NBA injuries as we wrap up Week 13 of the regular season.

Kawhi Leonard could be returning to the NBA within the next six weeks and therefore well before the playoffs. However, the timetable for Paul George’s return after suffering a torn UCL (elbow ligament) on Christmas seems to have been extended. George’s injury is a frustrating one, as it affects the right arm he uses to shoot. Even if he does recover from the ligament tear, I doubt we will see the same PG-13 we witnessed at the beginning of the season if he were to return in April. George will be out for at least another six weeks, but reports are surfacing that he could be out for the rest of the season. Taking into consideration the severity of the injury and its direct impact on his shooting arm, I would understand why the Clippers could choose to bench him instead of rushing him back in time for the playoffs. George's injury has directly boosted Luke Kennard’s and Terrance Mann’s fantasy value moving forward this season. Kennard is still out with COVID-19. If reports continue to surface about George being out for most of, if not the entire season, fantasy owners may want to drop him (if leagues have no IR spots).

Damian Lillard started off the NBA season slowly. He notably was shooting worse from the field this season than he had in recent years. Although he shot 45.1% from the field last season, and 46.3% in the season before that, he only converted 40.2% of his shots from the field through 29 games this season. He missed multiple games at different times this season due to lingering issues he was having with his abdomen. MRI's recently confirmed Lillard was suffering from a condition called lower abdominal tendinopathy. Lillard is planning on moving forward with surgery in the immediate future. Brian Windhorst of ESPN stated that "the procedure isn't expected to be season-ending but that is to be determined." With Lillard's future this season up in the air, the Blazers will need C.J. McCollum to return with a bang. McCollum’s return to the Blazers is imminent and should happen in the next few days. Anfernee Simons’ role for the rest of the season seems to be more of a certainty. Over his last 10 games, Simons has averaged 18.7 PPG. This included a 43-point (13-21 FG) contest on Jan. 3. He’s also scored a minimum of 14 points and recorded at least 6 assists through the last five consecutive games.

Dillon Brooks missed the first few games of the regular season, still recovering from an injury he had sustained during the offseason. Although Brooks returned to play 21 games so far this season, Brooks just sprained his left ankle on Jan. 8 and is expected to remain out for approximately four weeks. Jaren Jackson Jr. should see an increased role in the Grizzlies’ offense. Brandon Clarke and Desmond Bane could also see an uptick in minutes over the next few weeks while Brooks is out.

According to multiple sources, James Wiseman likely extended his timetable to return by at least a few weeks after sustaining a setback during his rehabilitation program. This came at around the same time as Wiseman entered the league’s Health and Safety protocols. As of now, the Warriors do not have a set timetable for Wiseman even though a few weeks ago, reports suggested he would be returning within a few games of Klay Thompson’s season debut. This hasn’t happened, and likely won’t until at least February.

Murray tore his ACL in mid-April of last season. While a timetable for Murray’s return is far from clear, Michael Malone shared optimism about the possibility of Murray returning before the end of the season. In his absence, Monte Morris has largely taken over as the team’s starting point guard this season, producing 4.2 assists per game and 12.7 points per game on 48.1% shooting from the field. The team’s second-best available point guard is Facundo Campazzo. The Argentine ball-handler has averaged 22.1 MPG through 38 games played this season, producing 6.5 points of offense, 2.2 rebounds, 1.1 steals, and 4.0 assists. In only 22 minutes per game, his efficiency is solid. Especially on nights where the Nuggets are without another guard (in addition to Murray), Campazzo can be an interesting starting option.

With Davis out of the rotation for at least another week, the Lakers will continue to play small ball. Dwight Howard does not play more than 22 minutes in any game while DeAndre Jordan has barely logged 10 minutes in the few games he has suited up for. Instead, guys like Malik Monk and Avery Bradley, traditional wings, are getting increased minutes in the rotation. The Lakers have lost a few games as of late and their roster, except for Malik Monk at the moment, is unpredictable.

PF Kristaps Porzingis, Dallas Mavericks: Out until at least Jan. 15.

SG Bradley Beal, Washington Wizards: Out Until at least Jan. 17.