As we head into Week 13, players like Kyrie Irving and Klay Thompson are finally back in action. While it may be tempting to start Irving, it is essential to remember that he is not allowed to play games in Brooklyn. As a result, he will play a maximum of two games in Week 13, making him a risky guard to start even if he has two strong nights. Players like Immanuel Quickley and Nicolas Claxton have stepped up as of late. They each have seen increased minutes and production and are worthy of starting spots in Week 13. Even Lance Stephenson, who has only played four games this season, is a potential option to start this week in fantasy basketball. 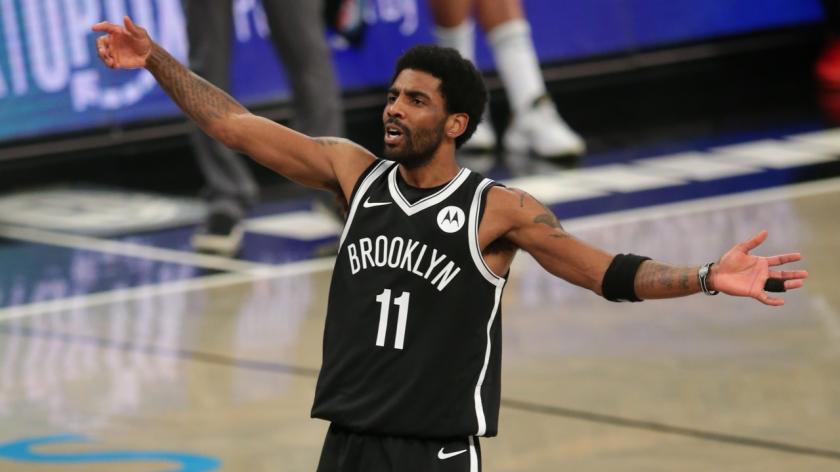 Guards To Start In Week 13

Immanuel Quickley has been on a tear and has earned significantly more playing time in Tom Thibedeau’s rotation. Partially, Quickley’s minutes have increased because of injuries among Knicks' guards. Notably, Derrick Rose underwent surgery in late December and will not return before February. Meanwhile, Kemba Walker hasn’t played since Dec. 29, as he is dealing with discomfort and pain from a “sore Arthritic Knee” (very concerning). This has given Quickley a boost in minutes and opportunities to produce on the floor. Although he is averaging 22.8 MPG this season, he’s averaged 28.0 minutes per contest through the first four games the Knicks have played in January. Quickley is also shooting better as of late. Through the first four games in 2022, Quickley has shot 46.3% from the field. In comparison, Quickley is shooting below 40% from the field this season.

Over the last 10 games, Marcus Smart has demonstrated why he is the longest-tenured Boston Celtic. Specifically, he’s scored in double-figures in six consecutive games. He’s also averaging a career-high 34.4 MPG this season. Although he is only averaging 11.6 PPG and is converting less than 40% of his attempts from the field, Smart’s fantasy production comes from attributes of his game other than his offense. His defensive stats as a guard are very impressive. He’s averaging a whopping two steals and a respectable four rebounds per game this season. As a point guard, he distributes the ball alongside Dennis Schroeder, still producing more than five assists per game (5.4 ASTs). Smart is a complete player, and a particularly successful defensive guard, capable of making his opponents turn the ball over. Due to his recent uptick in offensive production and Boston's four-game schedule in Week 13, fantasy owners should start Smart without hesitation.

Guards To Sit In Week 13

Although the Nets play four games this week, two of them are in Brooklyn, meaning that Irving will play a maximum of two games exclusively on the road. In 2022, Kyrie has continued to oppose vaccination requirements, which is currently forcing the Nets to desperately try to pressure NYC officials to make accommodations for him to be able to play at home for the rest of the season. Brooklyn’s franchise point guard turned part-time ball handler remains unavailable to play at the Barclays Center (and a few other venues including MSG). Kyrie will therefore only play on the road in Week 13, against the Trail Blazers tonight and the Bulls on Wednesday night. According to FantasySP’s NBA Defensive Rankings, Portland has an average defense against opposing guards (99 FPTS allowed), and the Chicago Bulls' defense allows the fourth-fewest fantasy points (93 FPTS allowed) against PGs and SGs. While Kyrie continues to disrupt the cohesion of the Brooklyn Nets front office and active roster, we urge fantasy owners to keep him on the bench in Week 13 for the two disadvantageous contests he is allowed to play in.

Wings To Start In Week 13

Lonnie went off for 25 points (9-20 FG) in an overtime loss against the Nets on Sunday. In Week 13, the Spurs will be without four key players in their rotation. This includes Keldon Johnson, Doug McDermott, Devin Vassel, and Derrick White. As a result, Lonnie Walker IV, who has already seen an uptick in minutes and offensive production, will likely preserve his increased role throughout Week 13. Since the Spurs play four games and are missing so much depth on their roster, Walker IV should continue to produce above-average numbers, especially after his big game against the Nets on Sunday.

Lance Stephenson is back with a boom in Indiana. He was just signed by the Pacers for the rest of the season. Although Stephenson has only played four games in Indiana this season, he played just about 30 minutes in each of his last two contests. Stephenson produced unbelievable stat sheets in those games, especially for a guy who sat out the first part of the season. Stephenson recorded 30 points (12-19 FG), three rebounds, and five assists on Jan. 5, followed by a 16-point (7-12 FG) 14-assist double-double, along with six rebounds on Jan. 7. Now that he’s been inked for the rest of the season, the savvy fantasy owners who picked him up off the waiver wire should roll with him in Week 13.

Will Barton has played a minimum of 29 minutes and scored in double-figures through the last seven consecutive games he’s participated in. He’s also producing a handful of rebounds and assists in every contest he’s played in this season. Along with his season average of 15.1 PPG on 42.9% shooting from the field, Barton is also averaging an efficient 5.0 REBs and 4.2 ASTs this season.

In addition to the Lakers only playing two contests in Week 13, another reason to keep Carmelo Anthony on your bench is the unpredictable quantity of minutes he gets each game. Over his last 10 games, Melo has played four contests in which he played 21 minutes or less. Over that same span, Melo has played more than 30 minutes in just one contest. His efficiency on the floor this season isn’t the issue. Rather, it is the unpredictability of his role in the Lakers' rotation on any given night. He certainly isn't as effective with LeBron James back in the lineup. With just two games on the slate in Week 13, keep Melo rested until at least Week 14.

Bigs To Start in Week 13

How many blocks can Robert Williams III record each night? Against the Knicks on Thursday, he produced a dominant defensive performance with nine rebounds, a whopping seven rejections, and even two steals. Those stats make up for his low point total (six points). He also had no turnovers despite logging 34 minutes. Over the last 10 games, Williams III has averaged 10.9 REBs, 11.6 PTS on 76.8% shooting from the field, 3.1 BLKs, and even one steal per game.

Claxton has scored in double-figures over the last seven consecutive games. In two of the Nets' last seven games, Claxton recorded double-doubles. During this streak, he played a minimum of 23 minutes per contest and has shot impressively from the field. Over the last 10 games, Claxton has produced 13.3 PPG, converting 70.7% of his shots taken. He’s also averaged 5.9 REBs and 1.8 BLKs over his last 10 outings. As the Nets play four games in Week 13, Claxton is a particularly viable big man to start.

As the Lakers only play two games and both Lakers bigs don’t play much, Dwight Howard should be rested in Week 13. Even with Anthony Davis out, Howard hasn’t seen an uptick in minutes. The Lakers have been playing small ball this season, and this became even more so the case once Davis was sidelined. Instead of Los Angeles bigs seeing an uptick in minutes, forwards like Trevor Ariza and guards like Austin Reaves have seen more playing time. It is imperative to bench Dwight Howard and not make the mistake of starting him because Davis is out. The Lakers only play two games in Week 13, and they haven’t shown any signs of giving Howard an increased role since AD got injured.