In Week 12, the Trade Value Charts are starting to look more normal after being significantly impacted by COVID-19. There are several undervalued options to target via trades in Week 12 of the fantasy basketball season. Orlando Magic big man, Mo Bamba, is incredibly undervalued to kick off the new year. Golden State's Jordan Poole is another intriguing player to consider targeting from one of your league rivals. Let's take a look at some of the top trade targets at each position in Week 12 of the fantasy basketball season. 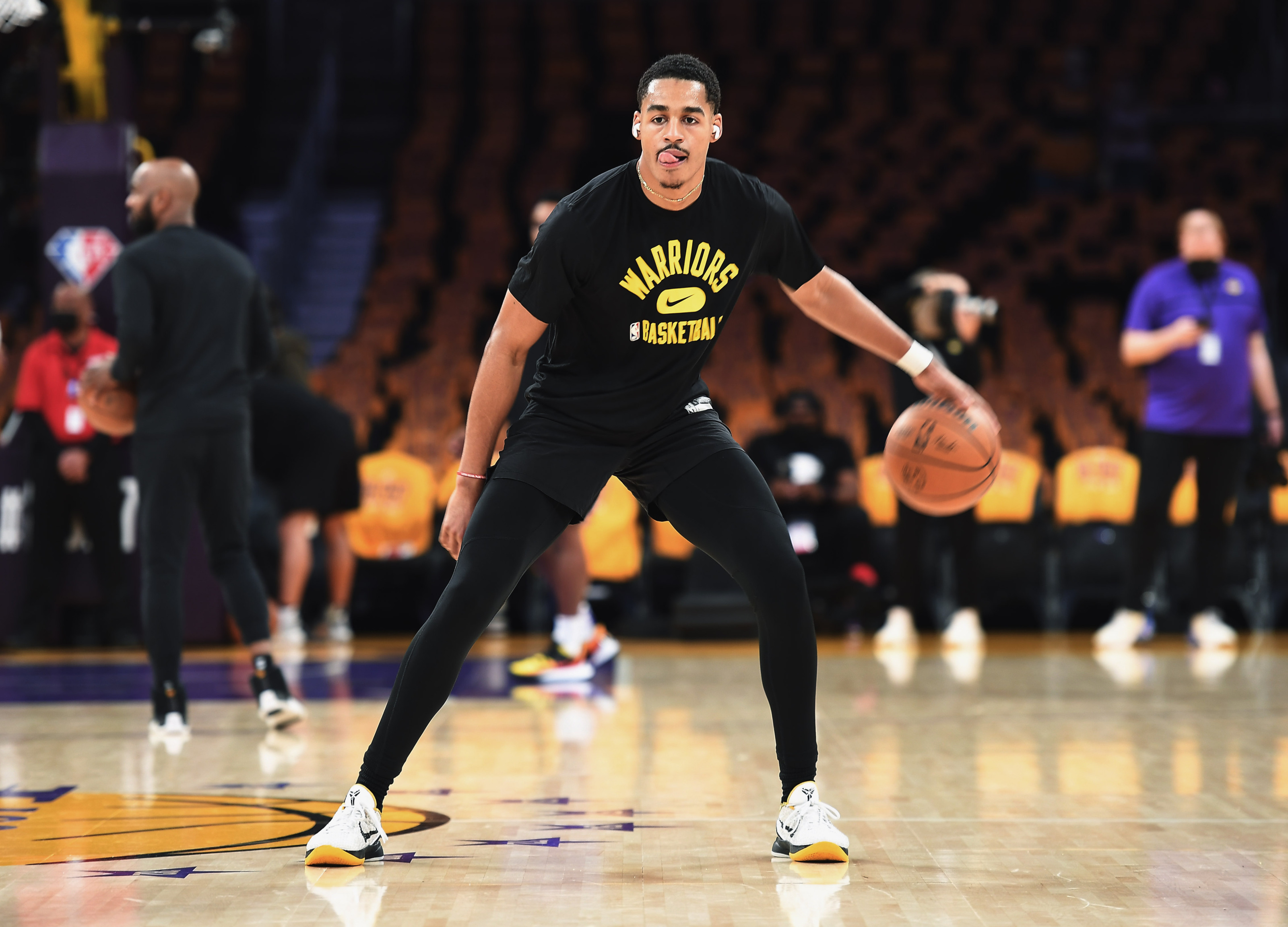 Jordan Poole has become one of Golden State’s most valuable players. He returned Sunday night after missing six consecutive games due to Health & Safety protocols but logged very limited minutes. His value dropped significantly as a result of his absence from the Warriors' rotation. Over the last week, he dipped by -1.2 points in the Trade Value Charts, reducing him to a 15.37 value. Among guards, Devonte’ Graham (16.68), Malik Beasley, and Gary Trent Jr. are at least one full point ahead of him in the charts. Trent is probably the only one of those three who is more valuable in fantasy than Poole.

Poole’s value will shoot right back quickly, especially after his stellar performance against the Miami Heat on Monday night. Poole, and not Stephen Curry, scored 32 points (12-17 FG) in only 26 minutes played. This season, Poole is scoring 5.6 PPG more than he did last season. While he has excellent talent and has been a trustworthy fantasy asset all season, his value may dip once Klay Thompson returns to the lineup. Ironically, Poole is actually someone to consider buying low and selling high at the same time. It comes down to personal opinion in this case. Can Poole continue to score at the same rate once Thompson returns to Golden State's lineup?

Danny Green saw his trade value drop by -2.1 points over the last week. He played his first game since Dec. 20 on Monday night. Currently, he is valued at a shocking 7.91 points on the Trade Value Charts. In no way am I suggesting that he is a must-start in fantasy, but Green is a seasoned veteran capable of producing well-rounded numbers. Danny Green is a reliable vet who plays 25-30 MPG for the 76ers when healthy. Granted, Green spends most of his time waiting for a pass behind the three-point line, but he plays a lot and has been a key player for multiple teams throughout his career. In my opinion, he is undervalued. If you need three pointers and steals, Green is someone to consider targeting, particularly due to his cheap price tag.

Fournier, whose season-high value peaked at approximately 21 points, has dropped to a value of 14.75. His efficiency from the field this season has been disappointing. He is underperforming on all fronts and has deceived likely any fantasy owner who drafted him (especially in the first five rounds). On the season, Fournier has shot an unimpressive 40.3% from the field and is scoring just 12.8 PPG. In comparison, Fournier shot 45.7% from the field through 42 games last season (16 games in Boston and 26 games in Orlando). While he certainly has been disappointing this season, I would be shocked if he performed any worse than he already has. Fournier has a career 44.7 field-goal percentage and is averaging 14.2 PPG in 602 total NBA games. He's seemed distracted and uninspired through the first half of the regular season. Despite his poor performance this season, he remains a better option than Otto Porter Jr. (14.84) and Danilo Gallinari (15.08). With this pick, you have to take into consideration what Fournier has achieved in his career and take what he's produced in New York so far with a grain of salt. Despite starting and playing 22 minutes against the Pacers last night, Fournier attempted just four shots. He missed all of them, including three shots from beyond the arc. And it's not like he contributed elsewhere; Fournier only managed two assists and one rebound. That said, it's hard to imagine that he doesn't improve over the second half of the season. Fournier could be the ideal buy-low candidate.

Hardaway Jr. returned to action on Sunday after missing half of the month of December due to Health and Safety protocols. His value has dropped down to 14.44 due to his absence. This season, Hardawaay is averaging 14.13 PPG and almost one steal per contest. Though his production isn't eye-popping, he is dramatically undervalued given that he starts alongside Luka Doncic in the backcourt when healthy. Hardaway certainly isn't the most efficient wing in the league and likely never will be, but his value is a bargain this week according to the Trade Value Charts.

The big man down in Orlando returned to action Sunday night. This was his first game played since Dec. 12. Naturally, he was restricted to only 18 minutes (28.2 MPG this season). Still, he scored six points and hauled in seven rebounds. This season, he’s put together a respectable 10.3 PPG and 8.6 REBs. The cherry on top is his whopping average of 2.3 blocks per game, although he averages less than thirty minutes per contest. His value is at a season-low. He currently ranks below Mitchell Robinson and Mason Plumlee. He’s definitely the big man to buy low this week. When healthy, the Magic can count on him to play 30+ MPG and he's a solid bet to contribute a double-double. Robinson and Plumlee are both averaging less than eight points per game and both play less than 25 minutes per contest. Robinson is averaging 1.7 BLKs this season while Plumlee is producing approximately one block per game. In comparison, Bamba is averaging more than two rejections per contest. Bamba is the superior fantasy asset across the board. If you can land Orlando's big man for Plumlee, don't hesitate to pull the trigger.

Plumlee’s value rose by +1.1 points over the last week, bringing him close to his season-high value. He saw his role increase over the last 10 games due to the setbacks the Hornets’ roster faced. When the Hornets are healthy, Plumlee is at the most a solid big who can produce well for 15-25 MPG. Though he saw increased minutes in Week 11, the Hornets reduced him to 17 minutes off of the bench. When Cody Martin, Miles Bridges, and Gordon Hayward are healthy (which they all are now), Plumlee’s role reduces dramatically, especially on the offensive end of the court. Currently holding a value of 18.78, he is ranked well ahead of more consistent bigs, including Mitchell Robinson (18.26), Mo Bamba (14.82), and Jaren Jackson Jr. (16.73). I think all three of those players are better season-long options than Plumlee. His trade value will continue to drop over the next week, so take advantage of his inflated value now and sell him high so you can acquire a more consistent and reliable starting option.