As has been the case over the last few weeks, the vast majority of players sidelined are out because of positive COVID-19 tests and not physical injuries sustained during games. Only a handful of NBA teams have one or two cases of the virus. The vast majority of NBA teams have more. It honestly seems like players aren’t even on the court enough (COVID-19) to get injured. Some serious injuries were sustained this week, headlined by Anthony Davis' MCL sprain. 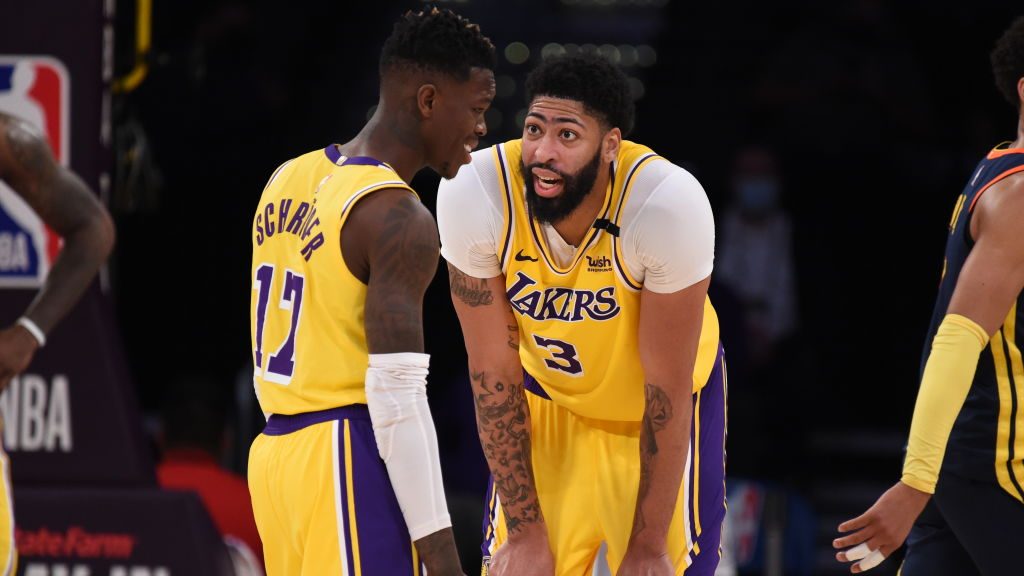 Anthony Davis sprained his MCL this weekend and is expected to miss at least the next four weeks. Additionally, the Lakers are missing Trevor Ariza (COVID-19) and Kent Bazemore due to COVID-19. For at least the next week, Talen Horton-Tucker and Malik Monk (whom each just returned to the Lakers' lineup after their respective bouts with the virus), should see upticks in minutes. Carmelo Anthony might be worth taking a look at too for the month of January. Despite a few off-nights shooting the ball, Melo has continued to produce 20+ point games throughout the season. He’s coming off of a 24-point (9-15 FG) and nine-rebound performance on Dec. 28. He also recorded two blocks and one steal. The Lakers are hurting at the forward position. After Davis, the team lacks depth at the power forward and center positions. As a result, I expect many of their wings to see an uptick in minutes this week along with THT.

Derrick Rose underwent surgery to repair his injured ankle. This injury has plagued him and lingered throughout the season. He will be out for at least another seven to eight weeks. In the meantime, Kemba Walker has re-captured the Knicks' starting point guard role. Along with Alec Burks, Immanuel Quickley will likely see an uptick in minutes over the next few months and likely for the rest of the season, with D-Rose out of the lineup for the indefinite future.

The veteran Spaniard point guard has been ruled out for the season as a result of tearing his ACL in Tuesday’s game against the Pelicans. In that contest, he blew up for 27 points, 13 rebounds, nine assists, two steals, and two blocks. He played 37 minutes before sustaining the injury. With Collin Sexton and now Rubio out of the Cavaliers' rotation for the entire season, Darius Garland will unquestionably become the team’s most valuable guard. However, he is not expected to return to the Cavs' lineup until next week as a result of COVID-19. This week, Cleveland will have to dig deep into their rotation to find guards who can play meaningful minutes. The Cavs will be forced to utilize Kevin Pangos, Malik Newman, and RJ Nembhard Jr. in their rotation. Outside of Garland, it is difficult to see how the Cavs will replace Rubio. Denzel Valentine could see an uptick in minutes this week, but I could not in my right mind suggest you activate him in place of Rubio, even if he plays 35+ minutes.

Paul George tore a ligament in his elbow which will keep him sidelined anywhere from two to four weeks. The superstar scorer sustained the injury on Dec. 6 and missed five consecutive games as a result. Initially, the Clippers believed that George had only sprained his right elbow. As a result, he could miss up to another month due to the injury. This will likely increase the role of shooters around the team who aren't affected by the virus or other injuries. With Reggie Jackson out on Health & Safety protocols and Nicolas Batum listed as DTD due to a minor ankle injury, Terrance Mann and Luke Kennard are likely to see an uptick in minutes and production over the next few weeks.

Other Notable Players Out With COVID-19