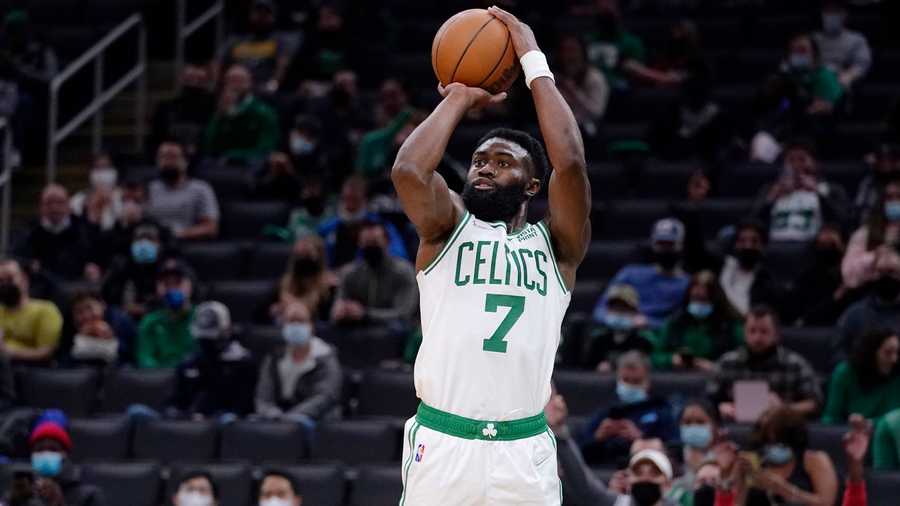 I hope you all got a chance to check out my Week 8 Start Em’ & Sit Em’ article. As expected, Derrick White erupted for 26 points (9-18 FG), six rebounds, and seven assists against the Knicks Tuesday night. Likewise, Alec Burks (18 points, four rebounds & five assists) produced efficiently in that game, helping the Knicks break their three-game losing streak.

Herro is invaluable to Miami’s ability to thrive on offense. Entering his third year in the league, Herro is scoring 6.3 PPG more than he did last season and shooting slightly better from the field than he did last season. He is only playing 3.2 more MPG this season, yet producing so much more offense than he did last year. Herro missed the Heat’s contests on Nov. 27 against the Bulls and Nov. 29 against the Nuggets. Since returning on Dec. 1, Herro shot well below 50% from the field in three of the Heat’s last four contests. He had particularly bad nights on Dec 1 against the Cavs shooting 9-of-23 from the field and Dec. 4, where Herro only made four of his 17 shots taken. Herro’s game Monday night against the Grizzlies was much more characteristic of his impressive ability to score. In 28 minutes played, he scored 24 points, converting 11-of-19 shots taken from the field. His value has dropped significantly over the last week due to his miniature slump, bringing him for the first time this season below a trade value of 20.0 points (currently 19.01). As a result, he ranks below Marcus Smart (19.23) and Dennis Schroeder (19.09), and even Mike Conley (20.16). Herro is significantly better than all three of those guards, which is why his current valuation is criminal. Unless Herro gets injured this season and misses significant time, it is highly improbable that Herro falls below his current valuation. His stock should rise significantly over the next few weeks. The sheer idea that Smart and Shroeder (forget Conley for now) have higher trade values than Herro right now is egregious. Fantasy owners should do what they can to snag him from an opposing team for dirt cheap. He is probably the most undervalued trade target this week.

Jaylen Brown has been struggling with a hamstring injury, which has forced him to miss more than half of the season. Currently listed as a DTD due to a non-COVID-related illness, Brown could return to the court any day. His trade value rests at a season-low 19.22 points at the moment, which places him below Scottie Barnes (20.39) and Will Barton (19.29) in the Trade Value Charts for all NBA shooting guards. When healthy, he produces significantly more than Shai Gilgeous-Alexander (who's value seems very inflated at 23.71) and Anthony Edwards (23.97). The idea that you could shoot your shot, and attempt trading any of the wings listed above in exchange for Brown successfully is "blasphemous," as Stephen A. Smith would say. Nonetheless, it is a real possibility in Week 8, especially if fantasy owners blindly pay attention to the numbers without considering who the players are. Brown is hands down the most undervalued wing this week. He's likely the undervalued trade target to pursue altogether in Fantasy Basketball leagues right now outside of Herro.

Barnes’ value is at a season-low. For the first time this season, his value has fallen beneath the 20.0 threshold (19.60). Andrew Wiggins and Keldon Johnson are two forwards who are playing well this year but produce nowhere near the numbers the Kings forward has produced this season. Before injuries sidelined him, Barnes was averaging 19.0 points and 7.2 rebounds in 34.5 minutes per contest. Barnes has not played since Nov. 24. He is on the verge of returning from injury and was sent to the Sacramento Kings' G-league affiliate for conditioning. Currently listed as questionable and DTD, Barnes is likely returning within the next week or two.

Part of the reason why the New York Knicks were in a slump was because of Barrett's decreased efficiency over the last few weeks. He started the season hot, but over the month of November, Barrett failed to produce efficiently on offense. In that time, his field goal percentage dropped to 40.7%. Against the Spurs last night, RJ erupted for 32 points on 11-of-20 shooting from the field, converting on seven of his eight three-pointers attempted. His trade value, which has decreased vastly over the last few weeks, currently sits at 16.83. This makes him still undervalued and an interesting target to buy low this week. He's definitely not the most undervalued wing this week, but his current value is likely to increase as a result of his usual efficiency for the Knicks. He seems to be waking up, and that is encouraging enough to buy him pretty low in Week 8.

Kelly Olynyk has not played a game since Nov. 10 and isn’t expected to return before mid-January. When he was playing this season, Olynyk recorded a respectable 12.5 PPG and 1.4 steals in 23.0 MPG. Still, these numbers are not representative of what he can do moving forward this year. Through those 10 games, Olynyk only shot for 45.9% from the field. Last season with the Rockets, Olynyk shot 54.5% from the field through 27 games played. If people consider his statistics this season as representative of his efficiency on the floor, they should really be concerned about how his field goal percentage, which dropped by 9.4 points since last season. For a big man, a field goal percentage of 45.9 is simply inadequate. Finally, people should be very concerned about Olynyks’ durability as a big man in this league. Over the last three seasons (including this year), Olynyk has played a total of 80 games. Still out for at least another month, he seems like more of a liability than an asset on any fantasy basketball roster right now. Inexplicably, his trade value increased by +1.5 points over the last week. He currently has a trade value of 16.82, placing him above both Mitchell Robinson (16.49) and the Pistons' active starting center Isaiah Stewart (15.40) in the Trade Value Charts for NBA centers. Even Dewayne Dedmon seems (13.32) seems like a more viable option than Olynyk while he continues to fill in for the injured Bam Adebayo. It makes little sense for Olynky's value to be close to a season-high at the moment. It makes even less sense for him to be ranked ahead of the bigs I listed above. I definitely suggest selling him high this week, in exchange for a center who is active, healthy, and producing efficiently for their team this season.