There are some solid names on this week’s fantasy basketball waiver wire list. Particularly, I’m happy to see Malik Monk and Immanuel Quickley starting to blossom as young shooting guards in the league. JaVale McGee returns to the waiver wire this week as he’s continued to demonstrate his efficiency throughout the season and has become a key part of a Suns’ squad currently trying to extend their 16-game winning streak. Here are your waiver wire picks to consider heading into Week 7 of the 2021-22 NBA regular season. 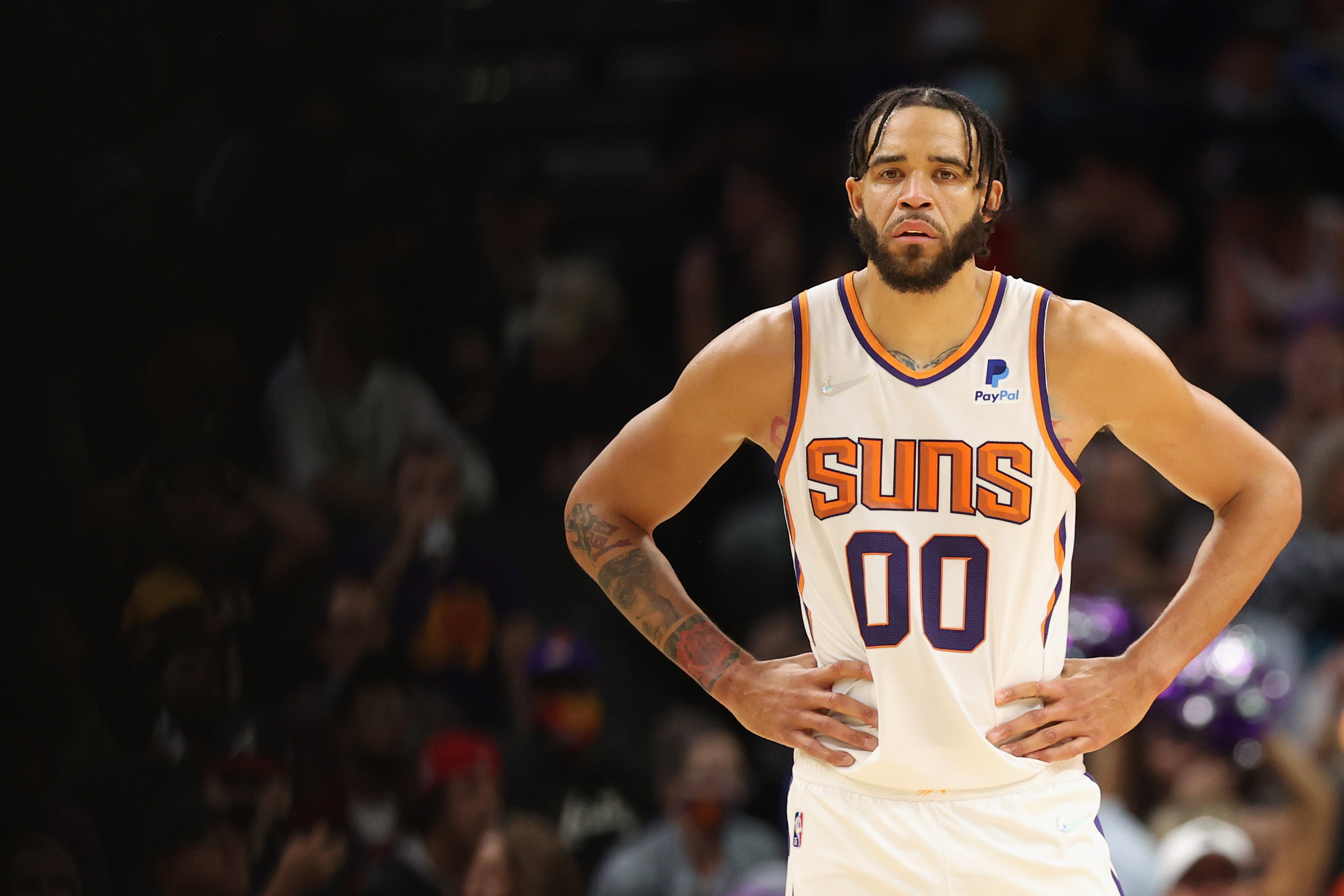 The second-year sharpshooting guard from Kentucky saw his value drop over the last week. Two weeks ago, Quickley was scoring above average figures (for him) and demonstrated his ability to produce. Quickley is one of those players that has an “on-switch.” Like Terrence Ross, Quickley has the ability to either convert 20% or 60% from the field in approximately 20-25 MPG. At Madison Square Garden, Quickley is a different player than when the Knicks play on the road. In Quickley’s home games over the last two weeks, he’s scored a minimum of 12 points at MSG. He plays significantly better at home than he does on the road, and likely because he is a fan favorite of New Yorkers. Nonetheless, Quickley is averaging 8.6 PPG in17.9 MPG this season, 1.2 minutes less than his average last season. Quickley will not start for the Knicks this season, but he is someone who fundamentally plays the game with the the type of energy that could lead to more minutes. A good example of his value to fantasy teams is from the Knicks game against the Pacers on Nov. 15 and against the Rockets on Nov. 20. In those games, he scored 16 (5-9 FG) points and 13 points (3-5 FG) respectively, though he played a maximum of 23 minutes in each contest. People rushed to pick him up after his huge game against the Milwaukee Bucks on Nov. 10. He produced 18 (6-12 FG) points, four assists, five rebounds, and one steal in 27 minutes. He stood out in that game because many of the baskets he scored were decisive, notably in the fourth quarter. A primetime game like that one put Quickley on the map. He continues to show that he is capable of producing those numbers regularly, and does so under pressure. While that doesn’t matter directly for fantasy purposes, it says a lot about his abilities as a shooter and point-scorer.

With this pick, I’m thinking “why not?” Take a chance on this guy if you really need a guard. He’s been performing well lately and has been a player who has underperformed. He struggled to achieve what the Hornets had wished for him but seems to be finding a comfortable spot off the bench in the Lakers' rotation. I’ve watched a few of their games recently, and he’s stood out. His current efficiency especially over the last three games suggests he might want to compete for more minutes. Malik Monk was drafted to score. He’s starting to bloom, shooting a career-high 45.8% from the field on the season. While he is still averaging less than 10 points per game, he is taking smarter shots. Now that he’s played more than 33 minutes over the last three games, he’s demonstrated his ability to shoot and score. He’s scored 17 points and 20 points respectively in his last two contests. Out of all the picks on this list, this is the riskiest but the one I’m rooting for the most.

Robinson is an integral part of the Heat roster who compliments Tyler Herro nicely in the rotation. He has not played very well in some of his most recent games, but his minutes played and his comfort in Eric Spoelstra’s rotation outweigh a few bad games. On Nov. 13 and Nov. 15, Robison erupted for 22 (8-14 FG) and 21 (8-15 FG) points respectively. He’s very capable of scoring in bunches off of the bench due to his ability to swish from long range. Robinson is currently averaging 11.0 points for 28.6 minutes per game. He’s available in 39% of all fantasy basketball leagues. While he’s certainly not as available as the other players on this list, definitely check if you can claim him from waivers.

Quietly, JaVale McGee has become one of the most improved players in the NBA. This is the second time this season that he has been mentioned in the fantasy basketball waiver wire articles because he keeps demonstrating his ability to produce despite very limited minutes in a pretty outstanding way. He’s far away from playing like the frequent feature of “Shaqtin’-a-Fool” in Inside the NBA like he was a few years back. Rather, McGee has blossomed into one of the foundational players stepping up off the bench for the 17- 3 (16 wins in a row and counting) Phoenix Suns this season. Though he is averaging just 16.4 MPG this season, McGee is recording 10.2 PPG, converting 67.4% of his shots from the field, 7.1 rebounds, and 0.9 blocks per game. Examples of his low-minute impact for the Suns are his performances on Nov. 14 and Nov. 24. In those games, McGee recorded a 14-point ,19-rebound double-double and a 13-point, 12-rebound double-double respectively, playing a maximum of 24 minutes in each contest. He plays so few minutes that people might not consider owning him. Honestly, having players on your bench that play for so few minutes can always be risky. But McGee is doing pretty excellent things on the floor every night.

Similar to McGee, Willy Hernangomez has been showcasing his ability to produce efficiently with less than 20 minutes of game time per contest. In his last four games, hes played a maximum of 22 minutes, but scored a minimum of 10 points and seven rebounds in each contest. While he only recorded one double-double out of those four games, he’s basically been shy a few rebounds of making all of his last four games double-doubles. He’s another big man producing efficiently, with a very nice 70.0 FG% through his first five games this season. He’s also experienced and accustomed to playing basketball in this league. While he’s bounced around, he’s played crucial roles coming off of benches for various teams including the Knicks and Hornets, but also repeatedly demonstrated his ability to be efficient from the field. Available in 68% of all fantasy basketball leagues, he seems like a promising pickup from the waiver wire this week.